Will Francis Ngannou Win the Title in January?

In recent interviews, manager Marquel Martin has confirmed that UFC heavyweight champion Francis Ngannou will get the opportunity to defend his title against Ciryl Gane at the UFC 270 in January. This will be a fight of epic proportions as fans will get the chance to see how UFC fairs under MMA odds.

Keep reading to learn more about the rivalry between these two fighters and what you can expect from their fight in January! 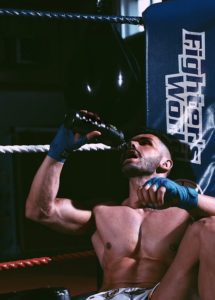 The fallout between Francis Ngannou and UFC

Francis hasn’t been in a fight since March of this year when he met Stipe Miocic at UFC 260 in a bid for the heavyweight title and won the fight, thanks to a knockout in the second round. In his absence, UFC declared an interim heavyweight title battle between Ciryl Gane and Derrick Lewis, which Gane won, making him the current UFC interim champion.

That said, according to Ngannou, he did not intend to stay out of action for as long as he did. In a prior press conference, he had stated that he wanted to fight either in July or in August, but was then told, three days after his fight against Stipe, that the fights in July and August were at that point already booked. The UFC offered him an opportunity to fight in June, though that was too soon for the champ, as there was insufficient time between the two challenges. He also had a visa issue to deal with, which meant he needed to leave the U.S.

On the issue, Ngannou stated that he needed to be given the time and opportunity to return home to present the belt to his people, family, and country. He also went further, asking what the rush was? In the past two years, he only fought twice, and then out of nowhere, he was pushed to defend his title after only two months. Ngannou wanted to know why he wasn’t allowed to have the standard interim time that everyone else who has won the title had, the standard being three or four months.

Getting offered the Derrick Lewis fight

Following the negotiations with the UFC and the fact that they didn’t go as planned for the following fight, Ngannou managed to tend to the visa issues. As we stated above, he was then informed that events were reserved for July and August, given that he was anticipating a fight in September. However, while managing the visa issue, UFC offered Ngannou the Derrick Lewis battle in August, which was a surprise for the champion. 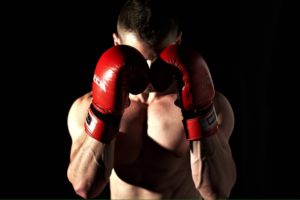 He indicated that he would be more than prepared for this fight, but was shocked to see the interim title battle announced after only a few days. Nonetheless, Ngannou approved of Gane being awarded the interim title fight, but his concerns were with the UFC, and how they had unfairly depicted him in the buildup to the Gane vs. Lewis battle.

When discussing it, Ngannou stated that the main issue is that he realized it was a way of applying pressure, which didn’t appear to be appropriate. He felt that it was off-kilter and had left him somewhat confused. What disturbed him most was that to advance and promote the fight, they were attempting to discredit him. So it’s safe to say that Ngannou was not impressed with the UFC promotional tactics.

Gearing up for the Stipe Miocic fight, Francis Ngannou had only two fights remaining in his contract. Ngannou revealed that UFC had approached him intending to convince him to sign a new contract, although he remained undeterred until the contract had been amended. He also made mention of a champion clause in the agreement, permitting the UFC to continue to extend his contract until they offer him fights. Francis, regarding the contract issue, stated that he did not sign a new contract, even with the new champion clause putting pressure on him.

Despite these issues, Ngannou will enter the octagon to defend his champion title at UFC 270 against Ciryl Gane. Gane won the interim UFC heavyweight title at UFC 265 and hopes to bring the title back on January 22. Ngannou too hopes to show his dominance and prove to the world that he truly is the undisputed UFC heavyweight champion. If Ngannou wins, UFC can then extend his contract due to the infamous champion clause.

Ngannou will defend his title against Gane in January

Ngannou is still riding a five-fight winning streak in the wake of losing his first title shot against Miocic, and a historically terrible fight against Lewis. During his present run, every one of his five successes has been achieved through knockouts, all in under six minutes of cage time. 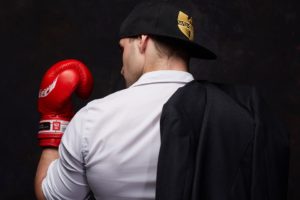 On the other hand, Gane is 10-0 as a professional. He won the TKO title in his first pro fight and made his debut in the UFC on his fourth outing. He has made simple work out of everybody he has taken on in the Octagon, including purposefully dissecting Lewis before scoring a third-round TKO.

Having ousted Stipe Miocic, who many view as the best heavyweight ever, Ngannou has been disappointed by the UFC stalling as far as matchmaking is concerned. Both Ngannou and Gane have verbally consented to the fight happening ahead of schedule next year, yet contracts are yet to be agreed upon.

Ngannou versus Gane was the only sensible choice to make once Gane had won his interim title. The 31-year-old is just ten battles into his career and has not experienced a defeat at this point. His style is sharp and calculated, destroying heavyweights with less athleticism. However, Ngannou will be the greatest test by a wide margin.

​​As of now, it’s difficult to determine who will take home the title. To make matters more interesting, Gane and Ngannou are former training partners and know one another well, so it will make for an exciting fight.