A Beginner’s Guide to the NBA

The National Basketball Association, or NBA, is one of the four major professional sports leagues of the USA and Canada. It is one of the highest levels of professional basketball in the world, and this means that it can attract loyal fans from not just across the States, but across many different countries too. Let’s take a closer look at some of the things you should know if you are just learning about the NBA. 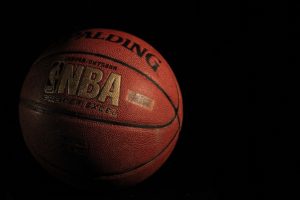 Head to any site that predicts sports outcomes and you will always find the latest NBA odds amongst all the other sports on offer. This game always attracts a lot of interest, and people will tune in to watch their favourite teams.

One of the most-watched tournaments will always be the NBA Finals. This is the annual championship used to determine the overall league champion. They always attract very high ratings from audiences in America, but the 1998 NBA Finals were the most watched by far. They achieved an average of 29.04 million viewers, while the highest individual game had 35.89 million viewers. In a country as big as the USA, with so many options for something to watch, being able to pull figures that high is incredibly impressive.

There are 30 teams in the NBA. They come from across the USA and Canada, but basketball players from all over the world dream of being able to play for one of them. Whether they get drafted, crowdfund to help train at a special camp, or through another route, there are several ways in which they can get there.

The NBA teams are a massive part of American culture. Some of the biggest teams, such as the Los Angeles Lakers or the Chicago Bulls, are even recognised by those who know nothing about basketball. The same can be said for some of the players, such as Michael Jordan or Shaquille O’Neal. Though they got their start in the NBA, they have since taken the step into the limelight for other reasons, and have become celebrities in America and beyond thanks to their other projects and philanthropy.

How to Keep Up with the NBA

If you want to keep up with the NBA, you are in good luck. As one of the most-loved sports in North America, it is not going to be difficult for you to find streams and analysis of these games. You could even opt for an NBA Pass which will allow you to stream games both live and on-demand.

This option is also available to fans from outside the USA, since the fanbase for this sport does stretch far and wide. You might even find that a TV station you have access to at home will air NBA games – though you might have to watch out for a time difference! If you don’t mind staying up late or waking up early, being able to watch a big game as it goes out live is an amazing experience.

The NBA is one of the few big basketball leagues around the world, so if you are interested in the sport then it is something that you should definitely look into. There is so much to uncover – from amazing plays to legendary players – and it is only just going to get better as fresh talent takes to the court each year. If you consider yourself a fan of basketball but have never checked out an NBA game, you need to make sure that you change that as soon as possible!