A Look Into The League So Far 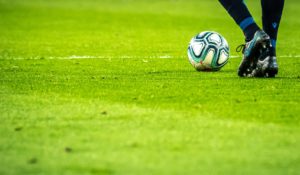 The boys are putting in some dominating performances in both the league and the Scottish Cup. The boys have their hands full with back-to-back games for both the cup and league, but they’re showing no signs of slowing down in terms of their agility, skills, and overall performance on the field. In the Scottish Cup, Albion has only conceded in one game against Hearts, where Albion didn’t seem to be on the top form they usually would be.

The Binos crossed the border this weekend for the second round of the Scottish Cup – where they smashed rivals, Berwick, beating the team 2-1 thanks to Jordan McGregor scoring in added time. Next on the list is a League Two match against front runners Kelty Hearts on Saturday 30 October. With so many more games to come, let’s have a look into the league so far.

Let’s explore the league so far by having a look at the top three teams. As it stands, Kelty Hearts are putting in a stellar performance, winning 8 games and drawing 2, managing to escape a loss so far this season. They have a six-point lead over the Binos, which should soon close if they can win their next two games against Hearts and Stenhousemuir – although Hearts are looking like a strong team so far this season.

The Albion has managed to win 6 games, draw 2, and lose 2, so far which is why the game to Kelty Hearts is not as small as we’d like it to be. But the season is still young, and there’s all to play for, and some of the upcoming games we have are against teams putting in terrible performances this year. Stenhousemuir has lost 5 of the games they’ve played, so the only real test for the next two games is against the hearts.

Robbie Neilson — Hearts manager — is hailing the club’s unity as the reason behind their strong performance. No club is as unified as Stirling Albion, and we believe that if the Binos can win the next two games, they’ll be occupying the number one spot.

Kevin Rutkiewicz hailed his club’s performance at the end of the first stint of the Scottish League Two campaign after putting in some show-stopping performances in the first quarter – finishing on a 2-0 win at Elgin City. This is only the beginning for the boys in red. They have important games coming up in both the Scottish Cup and league two.

It’s the time of the year where it feels like games are non-stop, with Scottish Cup, League Two, UEFA Champions League, and Premier League tickets in high demand right now as fans can finally return to the stands in full force, returning football back to its former glory. The most crucial upcoming game the Binos have is Kelty Hearts. A match that could determine who clinches the top spot of the league.

The 3rd round of the Scottish cup is another one to watch – starting on 27 November against Tranent Juniors, which is also a huge game for the club. As long as the Binos can win the league two games in between that, we could be on the way to being crowned the winner of league two.

This might be biased, but Stirling Albion have the potential to go all the way and win League Two. The Scottish Cup is a little trickier to win, with some big teams putting in strong performances already. However, with Stirling Albion on top-form already this season, League Two is within reach. Queen’s Park FC might have taken the crown last year, but this year it’s all to play for, and Albion are in position to take advantage.