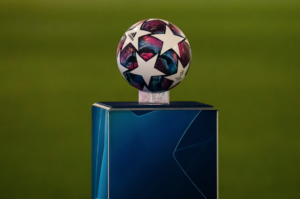 The UEFA Champions League is on a bit of a break, with the group stage done and dusted and the exciting round of 16 knockout phase set to begin next February. The draw for the upcoming round has also been completed in perhaps a most shocking way as UEFA made a mess of it and had to redo the whole thing. President Aleksander Ceferin has since issued an apology.

Several intriguing matchups are afoot. Real Madrid will have to deal with Lionel Messi, despite his departure from Spain and Barcelona’s failure to make it past the group stage, having drawn Paris Saint-Germain. The French side is unsurprisingly dominating their domestic Ligue 1 but looked pretty shaky in the first round of the European competition. While they beat Manchester City at home in their second match, they only managed two points in three away fixtures and finished second in Group A.

Where betting is concerned, it appears the bookies reckon it could go either way and sports betting forums will be buzzing with speculation given that there are no clear favorites. City remains top in such regard at 11/4 while Bayern Munich is behind at 7/2. Both teams fared well in the draw – the English side will play Sporting CP and the 2019 winners are set for a tie against Salzburg.

Liverpool is the third favorite at 9/2 and has just as much potential when it comes to lifting the trophy, but they drew tougher opponents in Inter Milan. The Italian side was second in Group D, behind Real, but is in first place in Serie A heading into the league’s winter break.

The winners of the Madrid vs. PSG tie will likely be bumped up as a favorite but the likes of City, Bayern, and Liverpool would probably still be ahead if they make it out of their own ties. PSG is 8/1 and Madrid is 18/1.

Meanwhile, defending champions Chelsea has been given odds of 13/2. The Premier League outfit drew Lille in both draws and could be considered winners of the affair as they finished second in Group H and avoided being pitted against Madrid, Bayern, or Ajax. Juventus, who actually won the group, has a tougher draw in Villarreal.

Former England star and now BT Sport pundit Joe Cole played for both Chelsea and Lille. The ex-midfielder has cautioned the Londoners, pointing out that they will have more pressure on them as they’re the champions.

“Chelsea will be very happy but I’ll put a word of caution on that,” he said (H/T football.london).

“Lille are a very exciting, strong and very aggressive team and they’ll have nothing to lose. Chelsea are the champions, the hunted.

“Where Lille play, it could be a hell of an atmosphere. It’s going to be a tough one. I know they (Chelsea) are probably breathing a sigh of relief to avoid Bayern and Real Madrid but you can’t discount this Lille team.”

The Blues will be well aware of the challenge, especially after facing their toughest opponents en route to this year’s final in the form of a team considered to be the easier opponents in Porto.

While Pep Guardiola’s side is the outright favorite, they’re the only team in the bookmakers’ top four that haven’t won the Champions League in recent times – in their case, never. Chelsea, Bayern, and Liverpool are the last three winners.

Manchester United is facing a formidable opponent in Atletico Madrid. They’re favored to go through to the next round and will be encouraged by Cristiano Ronaldo’s impressive record against Los Rojiblancos but Atleti is the favorite for the first leg at 29/20.

For bettors keen on wider odds, Ajax presents value as a sleeper side at 14/1 but whether or not that should be considered better value than Real’s 18 one is up for debate. They were one of only three teams to win all six of their group stage matches along with Liverpool and Bayern and only the German side had a better goal difference in the round. They also beat Borussia Dortmund 4-0 at home and 3-1 on German soil.

Which games are you looking forward to? #3Sports #UCLdraw pic.twitter.com/emwZ6tBBcg

They’re no longer leading the pack in Holland’s Eredivisie after losing 2-1 to AZ at home on Sunday, however. Though they can hardly compete with the favored clubs when it comes to spending, the Dutch side has always been able to put great squads out on the pitch and they are always a threat in Europe.

As mentioned above, Juve won their group yet they are to face Villareal. The Spanish side isn’t one of the tougher opponents but they’re still stronger than Lille. The Serie A outfit made it to the final in 2015 and 2017 and hasn’t been past the quarter-finals since then. They’re 10/1 to make it back to the final this season.