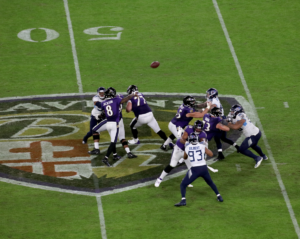 The fight for that final playoff spot in the AFC is intensifying as there are just four more weeks of regular season football left to play. This term has been a pretty exciting one, as expected, and things are about to get even more intriguing given that the postseason will soon be here.

The AFC battle is particularly interesting as five teams are still within a shot of making it. Let’s take a look at them right below.

The Browns are 7-6 and in contention but are in a real bind as a lot of their players are on the COVID-19 list. Baker Mayfield and Jarvis Landry most notably, as well as head coach Kevin Stefanski. They’re dealing with injuries for the second time this year and are also without Nick Chubb and Kareem Hunt.

The Browns are to play the Las Vegas Raiders in Week 15 and it’s quite possible that they lose. They also have games against the Green Bay Packers, Pittsburgh Steelers, and Cincinnati Bengals so it will be a pretty interesting fight.

One wouldn’t be blamed for thinking they’ll lose at least two of their remaining four games.They’re going into their next game as the underdogs as far as the bookmakers are concerned.

The Bengals are also 7-6 and have the Denver Broncos, Baltimore Ravens, Kansas City Chiefs and the Browns up next. They’re fortunate to still have a chance at winning the AFC North after losing four of their last six games to drop off the top seed.

They’ve also already beaten the Ravens this season and will be hopeful of Lamar Jackson remaining out – the quarterback is day-to-day with a sprained ankle. 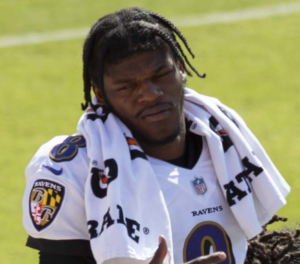 If Jackson does play, he’s unlikely to be at 100 percent. The Bengals would be in a great position to win their division if they can beat Baltimore again. The game against Kansas is going to be the toughest of the four but the decider might actually be against the Browns on the road in Week 18. Whichever team wins this one could be the team that wins the AFC North.

Another 7-6 team, the Broncos will have the Bengals, Raiders, Los Angeles Chargers, and Chiefs to play in order to decide their fate. Their path to the playoffs is one of the more challenging as they’re playing four teams fighting for postseason goals. The Bengals, Chargers, and Chiefs are all better teams so it wouldn’t be hard to imagine them losing all three of those upcoming games.

The Broncos are also the organization with the worst quarterback situation of all teams still in the playoff race but do have a remarkable running game. The Chargers are likely to suffer as a result as they’re extremely poor at defending rushing plays.

Denver could possibly sneak into the playoffs if they can put their running prowess and defense to proper use because they’ll need to play three teams that are ahead of them.

The 6-6-1 Steelers are barely in the race at the moment and they should be well informed of their fate on the back of their next pair of games, with contests against the Tennessee Titans, Chiefs, Browns, and Ravens coming up.

They really do have their work out for them, especially as the Browns and Ravens are also fighting to play football past the end of the regular season.

QB Ben Roethlisberger has been playing somewhat better over the last two games but his game has been generally poor this term. If he can continue to have an impact of sorts, Pittsburgh could do some real damage as they’re set to play the second and third seeds in the next two weeks.

It would be pretty easy to count them out but there’s still a glimmer of hope.

The Miami Dolphins are one win away from going to .500 at 6-7, having put together an impressive five-game winning streak. A win in their upcoming game against the New York Jets would mean they’ve gone from 1-7 to 7-7 in as little time as possible.

There’s still a slim chance of them making the playoffs, with a win over NY likely. But they will have to get the job done against the New Orleans Saints and Titans before playing the New England Patriots in Week 18 for what could be the decider.

In any case, the Dolphins have shown some remarkable resolve and should be proud of their efforts no matter what happens, considering their poor start to the campaign. They should already be looking forward to next season when their issues at quarterback should see some much-needed sorting out but insist they’re only focused on the game in front of them, not even the playoffs.