The biggest rivalries in football

Rivalry can make for amazing fan experience, and when it come to football rivalry it and can create some historic (and some times ugly) football experiences.  But let’s first look at the all ingredients for a great rivalry:

Geopolitical, historic events or team interaction (mostly fighting) will create long lasting memories.  A series of important games over time only adds fuel to a feud.

The local derbies are an integral part of football rivalry.  If teams are from the same city it makes it very easy for fans to pile into the same stadiums and ignite atmosphere.

A rivalry can’t really last if the games on the field don’t put on a good show so most good football rivalries are some of the best in their respective leagues.

Prime example is Celtic V Glasgow.  These are two Glasgow teams that split Scotland in two due to the religious and political differences.

When two teams from one city come from different sides of the track.

Hear’s our pick of the greatest football rivalries from around the globe! 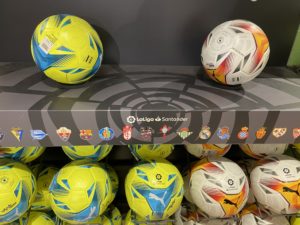 In club football you don’t get much bigger than this one.  These two giants of Spanish and Europe football are the biggest, richest and the most popular teams in the world.

Any match between FC Barcelona and Real Madrid is known around the world as El Clásico.  And these matches have all the ingredients for an age old rivalry.

Much of this hatred between the two is politically rooted, dating as far back as the 1930s when Spain was under dictatorship rule. Real Madrid is a club seen as representing Spanish nationalism, while Barcelona is viewed as representing Catalan nationalism.  The political views that both teams represent make reconciliation practically impossible

Throughout history, Barcelona has been known for its rebellious nature, while Madrid has been a conservative symbol. You often don’t see two of the biggest cities in the same country with such open political disputes every day.

No match up attracts the world attention like these two,  the two best football clubs in Europe  arm themselves with the best players in the world, throughout their carriers, the following players as well as many more have played for the Spanish giants – Di Stefano, Maradona, Ronaldinho, Ronaldo, Michael Laudrup, Puskas, Zidane, Cristiano Ronaldo, Lionel Messi, Eden Hazard, Ansu Fati and Vinicius.

I term of team success, it’s very one sided with Arsenal taking most of the wins and having more success in the league and cup competitions than their North London enemies.  Unlike some of the other rivalries in this article, match quality is never really great and it’s more about fan rivalry than team.  Nonetheless, both sides take each derby very seriously and each match has the atmosphere of something much bigger.

Not all soccer rivalries are cross-town clashes, the cities of Manchester and Liverpool are 30 miles apart.  Unlike Tottenham V Arsenal this rivalry is based primarily on the fact that these are two of the most successful teams in England. Between them they’ve got more than 110 trophies.

Known as the North West Derby, games between Liverpool and Manchester United used to be marked by not only some pretty vicious chants between fan groups but also violence between the more extreme fans.  In modern years this has all calmed down and Manchester City V’s United as probably a more prominent rivalry now.  But for many years United v’s Liverpool were two of the best and the richest football teams in the world was the biggest game in English football.

Inter v’s AC is another great historic football rivalry.  It all started in 1899, the year AC Milan was formed,  the nationalist ideals meant that no foreign talent could join the club, which quickly stirred up a difference of opinions among the staff and the players.

The drama led the club adapt by forming two separate teams: AC and Inter Milan. Inter Milan was always considered the elite football club, while AC Milan was a more working class club. Inter had the money behind them whereas AC were the people club and had massive fan support.

Fast forward to present day and both teams are equal in financial and social support but the rivalry is still intense, one big reason for this is that each team shares the same stadium – San Siro.

Inter remain slightly more dominant in terms of silver wear but both clubs compete at the top level in Serie A and in Champions League football.

Great teams rivalries in US sport

This Celtic-Rangers rivalry is called “The Old Firm,” and it literally splits Scotland due to the religious and political differences. Both clubs are based in Glasgow, which really makes for a cozy relationship.

These two clubs know what winning is all about, and being the two strongest teams in the Scottish league, their showdowns in title matches have become legendary over the years. Both Celtic and Rangers clubs have a combined 103 Scottish League championships, 71 Scottish Cups and 44 Scottish League Cups.

While you have spirited play on the field, the spirit (or insanity) from the fans often goes over the top.  Violence, riots  and vandalism used to be a regular fixture occurrence at Rangers V’s Celtic matches.

The most followed football clubs on social media

Another great footballing rivalry, but this time on an international scale. Argentina and Brazil are two of the superpowers of world football with some of the most talented players in the sport.  Know as “Battle of the Americas” this arguably biggest match in international football and this rivalry is based purely on football and who is the best.

If Brazil had Pele, Argentina had Diego Maradona. Today, Argentina has the great Lionel Messi to showcase while Brazil boasts Neymar.  Both teams have fielded numerous superstars over the years and some of the matches have been legendary.

Statistically, there isn’t much dividing these two sides. Head-to-head, there have been 109 games and Brazil leads slightly with 43 wins.  But Argentina have the most success in the Copa America, Next time these two play, what it and you’ll understand!

Another old age one, this rivalry dates back to 1912 and has seen over 235 matches played between the sides with Porto having a slight lead.

This rivalry is down to the laid back, proud, elitist and wealthier south v’s the industrial and hardworking north.  It’s the capital city Lisbon against Porto, the second-largest city in Portugal.

The rivalry between the cities is ago old – “In Porto, they work. In Lisbon, they spend the money,”.

The atmosphere around “O Classico” has never dampened and when these two Portuguese giants meet, it’s never just a game.

This match up tends to lead to the most extreme football fan behaviour!  Belligerent crowds, fan violence, racism and anything else you can think of are pretty much the norm.  The “Derby della Capitale” is definitely one of the intensest and sometimes ugliest in the world.   To make matters worse, they share a the same stadium – The Stadio Olimpico.

This face off has good history, being initiated back in the 1920s.  Dictator Benito Mussolini wanted to create a super-club from several smaller city teams capable of competing with Italy’s best teams.  Roman club Lazio held out from his grand plan the merger and the rest is history.  Like some of the above rivalries this one has a mix of all ingredients including Upper Class (Lazio) v’s working call (Roma).

However, the intention of having a unified club to challenge the stronger ones in the north hasn’t exactly worked out for either of them. Combined both clubs have won just over 30 trophies in their history.

To put that into perspective, Italian giants Juventus have won 36 league titles alone, while Roma and Lazio have just five between them.

while both clubs have seen some success over the years, they still don’t stack up when compared to Juventus, AC Milan, or Internazionale