Super Bowl 2022: Learning from the best 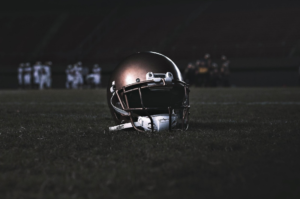 This year, the Los Angeles Rams won the Super Bowl football game against the Cincinnati Bengals with 23-20. What lessons can be made from the results?

It would have been the Bengal’s first time to win the Super Bowl. If only. But close isn’t close enough, as the saying goes. The Rams made that late touchdown when it looked as though the Bengals would win. And the rest is history.

It was a good game, and it teaches that anything can happen when the heat is on at the top of the tops. This makes wagering on Superbowl, perhaps, one of the more difficult betting tasks. You need to be on top of your game to wager on the Super Bowl, to state the obvious. Knowing it all or being up to date about everything you need to know about NFL betting is a good start.

Lessons for Other Teams: Knowledge Worth Betting on

The NFL is sometimes described as a copy-cat league. That is because whichever team wins the Super Bowl inspires 31 other teams in the league. For a sports bettor, this is valuable information because it says something about what the games in the league will be, or try to be, like until the next Super Bowl. So, what does this year’s game teach other teams about team building and player strategy?

Ability to get home without blitzing. On the other hand, a defense needs to get pressure on the opposing quarterback without sending more than the front four players after him. During the regular season, the Bengals had the NFL’s seventh-lowest blitz rate. The Rams blitzed a bit more often. Despite that, both teams ranked inside the top 10 in pressure rate.