All you need to know about the US Triple Crown 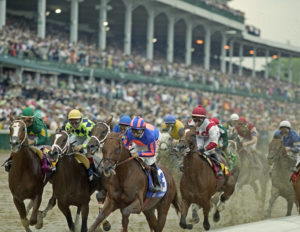 The US Triple Crown of Thoroughbred Racing is a series of races for 3-year-old thoroughbreds –  Preakness Stakes and Belmont Stakes and one of the biggest races in the world – Kentucky Derby.  All three races are run on dirt and winning all three in one season has for long, been regarded as one of the toughest achievements in any sport.  Since 1875, the first year in which the three races coexisted, only 13 horses have achieved the feat.  All were foaled in the USA

Jim Fitzsimmons and Bob Baffert are the only two trainers to have two horses win an elusive Triple Crown.  And Secretariat in 1973 holds the stakes record for each of the Triple Crown races, winning the Kentucky Derby 1:59 2/5, the Preakness Stakes in 1:53, and the Belmont Stakes in 2.24.

History of the US Triple Crown

After the Civil War, the efforts to group races along the British Triple Crown ( a colt or filly that wins the Two Thousand Guineas, the Derby, and the Saint Leger in one season) began. In 1875, Meriwether Lewis Clark Jr., the founder of Churchill Downs, home of the Kentucky Derby, attempted to promote a Triple Crown centred around his Derby. At the turn of the 20th century, New York race organisers focused on three competitions taking place in the state. These efforts were based on regionalism between the racing federations, each claiming that their event was outstanding. 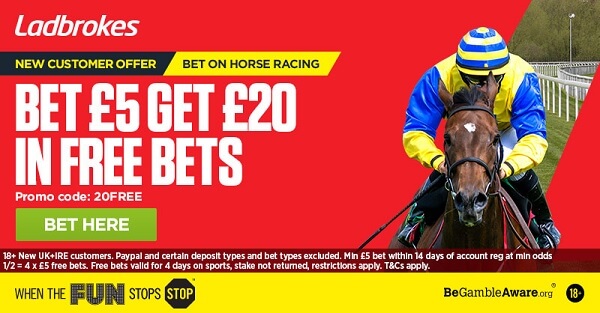 It took a long time for eastern celebrities, who predominantly dominated sports, to run horses in the “west” of Churchill Downs; this stubborn attitude, coupled with the belief that the Derby was raced too early at the beginning of the year, lead owner Samuel Riddle to keep the great Man o’ War out of the Kentucky Derby in 1920, therefore denying him a very possible Triple Crown.

The best horse race betting sites in the USA

Founded in 1875, the Kentucky Derby is America’s most prestigious horse race, held on the first Saturday of May (2022, 7th) at Churchill Downs Racecourse in Louisville, Kentucky.

The Kentucky Derby is one of the dozens of “derbys” –term used since the 18th century and usually used to represent the race of 3-year-old horses– held annually in the United States and around the world. Kentucky, along with its associated myths, symbolism and history, makes this Derby special.

The second Triple Crown race consisting of flat 1,900m for 3-year-old thoroughbreds is held annually on the third Saturday in May each year at Pimlico Race Course in Baltimore, Maryland. Mares carry 55 kg and stallions carry 57 kg.

Founded in 1873 in Pimlico, it’s named after the horse that won the Dinner Party Stakes on the course in its opening year, 1870.  Preakness was suspended in Pimlico in 1889 and moved to Morris Park in Westchester County, New York, in 1890. After a three-year hiatus, the race returned in 1894 but continued to be held at Gravesend Track in Brooklyn, New York until 1908, after which the race eventually returned to Maryland and settled permanently in Pimlico the following year.

The prize purse for the Preakness Stakes is $1.5 million

Belmont Stakes, the oldest and longest of the three classic horse races, was founded in 1867, named after the financier, diplomat, and athlete August Belmont, it has been carried out at various distances and routes throughout its history.  It has been held, however, in Belmont Park near New York City since 1905 and has a 2.400 m length since 1926.  Taking place in early June, The last race of the Triple Crown is held on the first or second Saturday in June, five weeks after the Kentucky Derby and three weeks after the Preakness Stakes.

Belmont has come to be known as the “Champion’s Test” among horse racing professionals. By the time of the race, the competing 3-year-old thoroughbreds are fully mature and the fields of competitors are organised, so  only the best crops will compete. Therefore, the field is usually the smallest of the competition.

The total prize pot is the same as the Preakness at $1.5 million with the winner taking home $800k.