Top 10 Richest Athletes In The World

We have crunched the numbers to give you the current Top 10 Richest Athletes on the planet.  There are lots of other names out there who were athletes and then went on to make fortunes, an example would be the former professional wrestler and now billionaire Vince McMahon.  Our list is professional athletes who are either still competing or made their fortunes from being global icons for many years.

Apologies in advance for making you feel poor!

Lionel Messi is often referred to as today’s best soccer player — his only competitor for the title being Cristiano Ronaldo.  He has won the FIFA player of the year award five times and his playing contract is loaded with bonuses for such feats, which help make him one of the highest-paid on the pitch.

Messi tops Forbes’ 2019 list of the highest-paid athletes with $127 million in earnings, a combination of his $80 million-a-year salary playing for Barcelona and his many top-tier endorsement deals, such as his lifetime partnership with Adidas. His income is well-deserved, though, as Messi has been FIFA’s player of the year five times.

In a twist of events, a Spanish court found Messi guilty of tax fraud in July 2016, the Argentine captain was sentenced to 21 months in prison, although he almost certainly will serve the time as probation instead of behind bars.

The massive popularity of NFTs in football should help roll in the dollars for Messi and other footballers on the list.

Philip Alfred Mickelson, nicknamed Lefty, is an American professional golfer. He has won 43 events on the PGA Tour, including five major championships. He was known as Tiger Woods bitter rival during the 1990s and both of them combined are worth well over $1 billion dollars.

Mickelson has had huge success on the course and also with huge endorsements deals like Workday and Barclays. Phil wears the brand name on his shirts during each tour event. 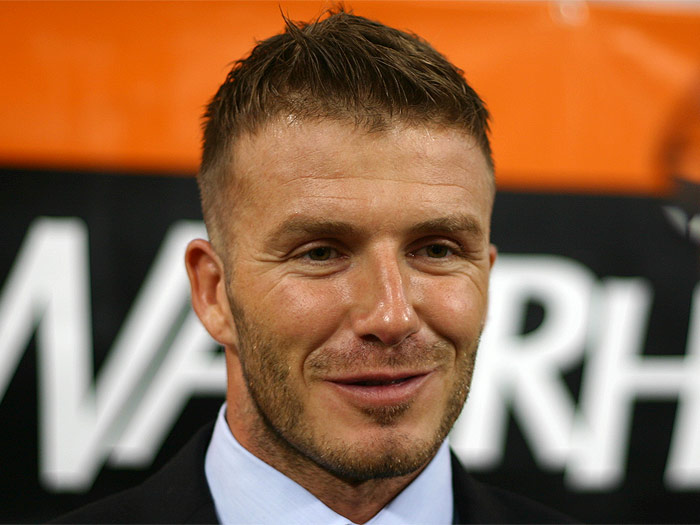 The former Manchester United star and England captain still outstrips the top Premier League earners, despite hanging up his boots five years ago. David has always been a brandable player who has done lots of work outside football to aid his fortunes. He has turned his hand to fashion, food and drink, television, entertainment, and more — and he continues to reap the rewards.

In January 2018, Beckham, along with his business partners, Beckham launched a Miami MLS team that is expected to enter the North American league as an expansion team in 2020. Beckham had been given the option to own a franchise team as part of the contract he signed with MLS when he joined the LA Galaxy in 2007 and he exercised that option in 2014.

According to Forbes, Ronaldo is the second-highest-paid athlete of 2019 with a salary of $65 million on his new team, Juventus.  His lifetime brand deal with Nike that is believed to be worth $1 billion.

Throw in his fourth Balon D’Or and it’s not hard to see why Cristiano Ronaldo was one of the highest-earning athletes of last year. He’s the world’s most popular athlete with over 200 million social media followers, helping him land head-to-toe sponsorships including Nike, Tag Heuer, Sacoor Brothers suits, and Monster headphones.

Back at the top of the pile since his last outing in 2015 against Manny Pacquiao, Floyd has earned himself a whopping $200 million-plus extra endorsements for his bout with UFC superstar Conor McGregor. The Super Fight took place in August of 2017 and ranked among one of the most-watched boxing events ever. Mayweather cashed in and defeated McGregor in the later rounds, a win that saw Floyd reach the iconic 50-0.

Earvin “Magic” Johnson is a former star of the Los Angeles Lakers. While a Laker he was a 5-time champion and 3-time Finals MVP, Magic was a great of his generation He retired in 1996 and has been extremely successful in his entrepreneurial ventures. Johnson founded Magic Johnson Enterprises, where he has partnered with Sony Pictures and Starbucks. Continuing to be a dominating presence in sports, Johnson became a co-owner of the Los Angeles Dodgers in 2012 after purchasing the team for a record-breaking $2 billion.

Roger Federer’s 16-year streak of Grand Slam appearances ended at 65 in May 2016 when a back problem caused him to pull out of the French Open.  He then made an incredible comeback in 2017 cementing his status as the greatest tennis player of all time with 20 grand slams and 103 ATP career tiles

Federer has amassed over $130 million in total career winnings, but his endorsements and sponsorships with brands, including Rolex and Mercedes-Benz, are what push his net worth to $450 million. In addition, he recently signed a 10-year deal worth $300 million with clothing brand Uniqlo.

To top it all off, Federer then signed an equity deal as well as becoming a global ambassador and investor in the Swiss brand On Cloud.  On Cloud has since been publicly listed and is now valued at $10 billion. Federer now owns 3% of On Running, valuing his stake at around $300 million!

Since then he has earned three All-Star honours, gone to two NBA Finals, and cemented his place as one of the all-time basketball greats by leading the Cleveland Cavaliers to overcome a 3-1 series deficit and win Cleveland’s first professional sports championship in over 50 years.

According to Forbes, when he joined the Los Angeles Lakers in 2018, he signed a $153 million contract for four years of play.  His reported net worth now is north of one billion, Lebron and Tiger Woods are the only two athletes to achieve billionaire status while still playing their sport.

The best US sports books 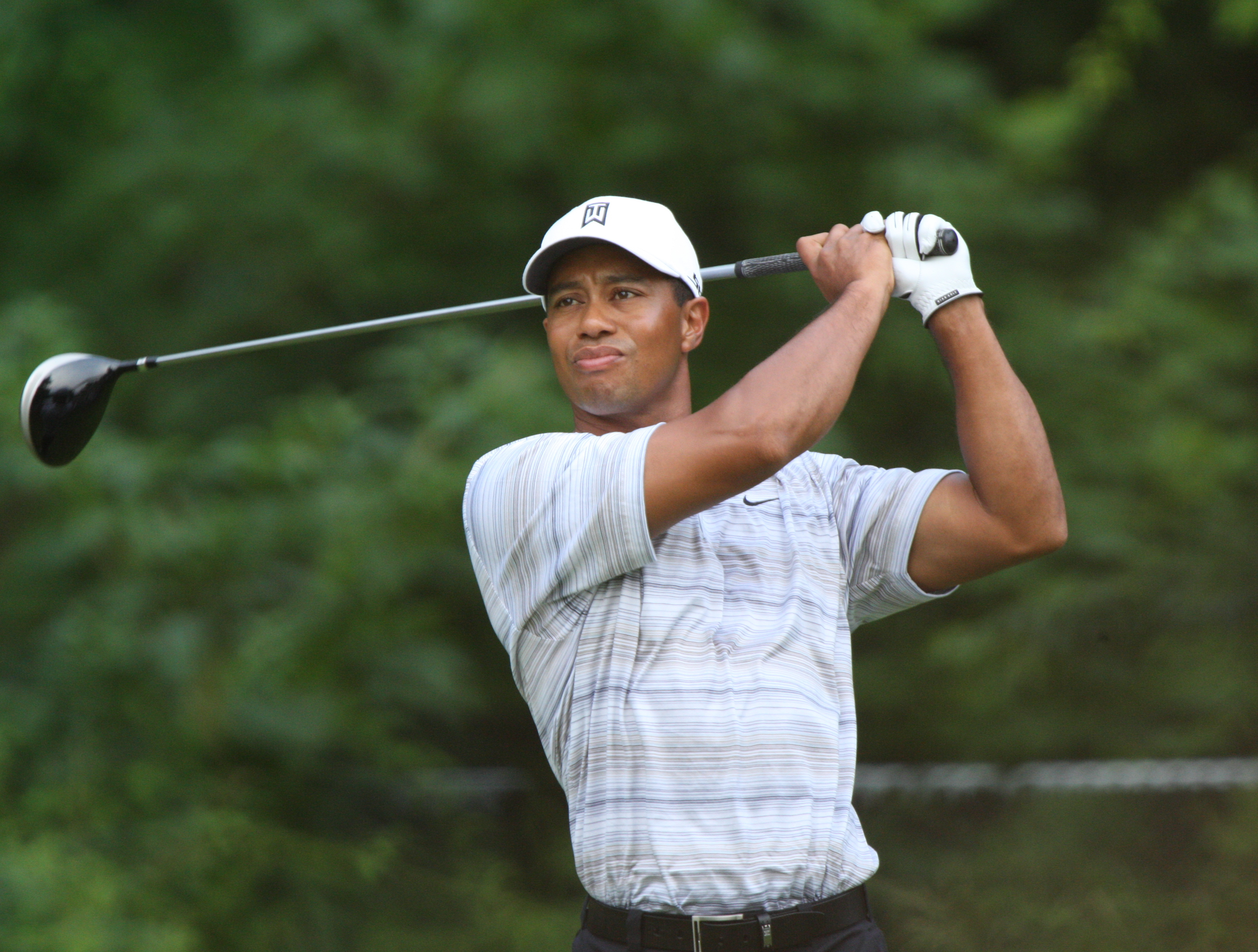 In his prime, Tiger was the best golfer the world has ever seen. Winning the U.S. Open Championship by 15 shots, the British Open by 11, the Masters by 12, and the “Tiger Slam” are just a few of the things that separate him from the others. Tiger has made more than $1.4 billion since turning pro in 1996 and became the first sports billionaire.

After a period of turbulence in his life, he pulled off one of the greatest comebacks in sport– in 2018 Tiger rapidly moved from 656 in the world to 13 in the world inside 1 season. Then in 2019,  Tiger secured his place as the sporting legend on the 15th of April 2019, when he won the US Masters by 2 shots, his first major since 2008!  After Jack Nicklaus, he’s the only golfer to win a major in 3 different decades.

More than $110 million of that came from on-course winnings. In July 2022 Woods reportedly turn down a massive 700-800 million to join the LIV Tour, but the GOAT golfer stayed true to the PGA Tour and said no!

Regarded by most as the best basketball player of all time, Michael Jordan has an estimated net worth of $1.9 billion, according to Forbes.  He brought the NBA to life and redefined the nature of what it was like to be a professional basketballer. 6-time NBA champion and 6-time MVP, a 14-time All-Star, and 10-time scoring leader, the man was a machine of the game while earning a total salary of $90 million. His successes off the court, however, are what made him a billionaire. Along with starring in the fan-favorite movie “Space Jam,” Jordan owns the Charlotte Hornets and has sponsorship deals with Nike and Gatorade.

28 thoughts on “Top 10 Richest Athletes In The World”