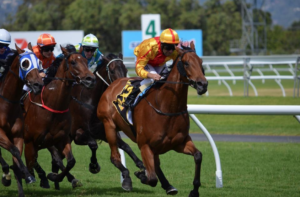 With the Cheltenham festival vastly approaching, the anticipation building ahead of the event is palpable as eager punters prepare to wager their bets on which horse will claim the greatest of honours.

Amongst the various pundits and in-depth analysis ahead of the event, racing fans can always count on the word of Willie Mullins for the greatest results for various stallions across the racecourse.

For those unfamiliar with Willie Mullins’ background, he was a former jockey throughout the 1980s and 1990s and won six amateur titles including the 1983 Aintree Fox Hunters’ Chase on Atha Cliath as well as the 1996 Cheltenham Bumper on Wither or Which.

However, despite such admirable success as a jockey, Mullins truly built up his profile as one of the greatest horse trainers in the sport today, becoming an Irish champion every year since the 2008/09 season as well as being the trainer of the 2005 Grand National winner Hedgehunter.

He has also trained the likes of Hurricane Fly (winner of the 2011 and 2013 Champions Hurdle at Cheltenham) and six-time Cheltenham David Nicholson Mares’ Hurdle Champion Quevega.

As stated, Mullins has garnered a great level of respect and carved a legacy unlike any other trainer with a total of 72 winners in total at Cheltenham at the end of the 2020 festival which leaves him as the most successful trainer in the events history.

With all these winnings at Cheltenham, he also accumulated 11 Irish Gold Cup winners from the years 1999 to more recently 2021, not a bad resume to uphold heading into the 2022 rendition of the Cheltenham festival.

As expected, Mullins has a wide listing of available horse that are raring to take to the track representing the fabled housings at Mullins yard, and fans will be eager to see which racers could amongst the favourites to claim a title at this year’s event that is soon to commence. 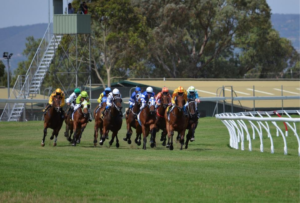 The best racers competing at Cheltenham trained by Mullins

The 2022 Cheltenham festival is already shaping up to be an unmissable event given the variety of talented racers and challenging tracks that such an event provides to all viable punters to place bets on.

Willie Mullins’ racers are as ever amongst the outlasting favourites heading into the event with various star names being likely assets for bookies to place in the latest odds, with sites such as Gambling.com providing a wider listing on the recommended Cheltenham offers at the top sports betting sites ahead of the festival.

Representing Mullins yard in the events most prestigious race, the Cheltenham Gold Cup, is Al Boum Photo, a veteran competitor who had previously won the cup back in 2019 and 2020, marking him as one of the only few competitors who have won the event on back-to-back occasions.

Heading into the 2022 festival, he is ranked at 10/1 for his best price after losing out in 2021 to Minella Indo and A Plus Tard but is still among the favourites to win the cup this year.

Competing in the Ballymore Novices’ Hurdle is the best price 5/1 Dysart Dynamo following on from his impressive victory during the Moscow Flyer Novices’ Hurdle.

Unbeaten in four starts at just six years old, he remains a viable option for any eager punters heading into Cheltenham. 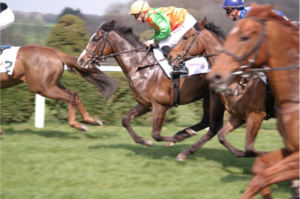 Klassical Dream is ranked at 11/4 for the Paddy Power Stayers’ Hurdle after a resurgence throughout the past 12 months.

The 2019 Supreme Novice winner has endured a patchy spell since winning the event but was able to defeat the previous years Stayers’ Hurdle winner in Flooring Porter meaning that there is still plenty left to suggest that this horse will be of major competition throughout the event.

Priced at 5/2 ahead of the Queen Mother Champion Chase, Energumere is one of Cheltenham’s most elite names and favourited competitors from Mullins yard.

The Champion Chase is one of the few events that Willie Mullins has never won, and he’ll be eager to add this trophy to his near endless trophy cabinet.

Mullins will be heavily dependent on Energumere to end this long stretch and with the horse being unbeaten in every fence event that he has competed in thus far, racing fans will be intrigued to witness if this horse can finally bring the Champion Chase title to Mullins yard.

The pressure is on however for the horse who is set to go head-to-head against tough competition Shishkin trained by Nicky Henderson.

Mullins’ most established racer heading into Cheltenham remains to be Galopin Des Champs at 6/4 for the Festival Novices’ Chase after previously winning at the Festival.

After a dominant showing at the Martin Pipe Handicap Hurdle, this stallion has been named amongst the most elite names heading into Cheltenham, and with such an admired trainer in Willie Mullins, these horses could be set take Cheltenham by storm and claim Mullins an even greater listing of honours in his historic name.

With multiple winnings at various Cheltenham festival events and eight top trainer titles, few can match the glistening resume that Willie Mullins has amassed over the past few decades since he chose to uptake a pivotal role being a horse trainer.

All eyes will be fixated on the top racers and jockeys representing Mullins yard ahead of Cheltenham as the legendary trainer will be aiming to bring a vast collection of titles and cups back once again to Mullins yard and with the collection of horses on display at various events, there is a certain possibility that this could come to fruition.