The aim of this pledge is NOT to fund our racing, but to enable us to get the four vehicles painted so we can show our support by raising awareness and funds for The Fire Fighters Charity. If we raise more than the target amount the rest will be donated to the charity

We support the charity due to my role as a motorsport fire marshall. I was an industrial firefighter and a lot of my friends have been or are retained or fulltime firefighters .

Firefighter Racing Juniors is a drag racing team that consists of two junior dragsters and two junior drag bikes. Kimberley Willcox , 8 years old, drives one of the dragsters and Richard Willcox,  7 years old, will ride one  bike and occasionally drives the other dragster, with Kayleigh Goodrich,  12 years old, riding the second bike. Drag Racing is a worldwide sport – very well known with plenty of media coverage. The sport features international and national meetings with TV, newspaper and national magazine crews.

What is a drag race?

A drag race is a contest between two vehicles racing side by side in a straight line at a designated, controlled racetrack, usually on a quarter-mile. In most drag racing categories, the first vehicle to the finish line wins. In some cases, such as junior drag racing, the course is an eighth-mile instead of a quarter-mile. A drag racing event is made up of a series of individual two car or bike races called eliminations. Winners of each car or bike race advance until only one winner remains.

There are eight rounds of the UK National Championship in Junior Dragster and we are intending to do them all. We are also hoping to attend a meeting in Germany in August. When we are not racing we hire the cars out so other children can experience drag racing, an initiative which helps to pay for own racing.

To boost our profile and awareness of our sponsors and The Fire Fighters Charity, we attend as many shows as possible, supporting our local track Shakespeare County Raceway.

Just talking about The Fire Fighters Charity isn’t enough though. We want our vehicles to be permanent adverts for this incredible cause and to do that we need your support. It’s going to cost £1500 to respray them, but it will be more than worth it. Please help us if you can. 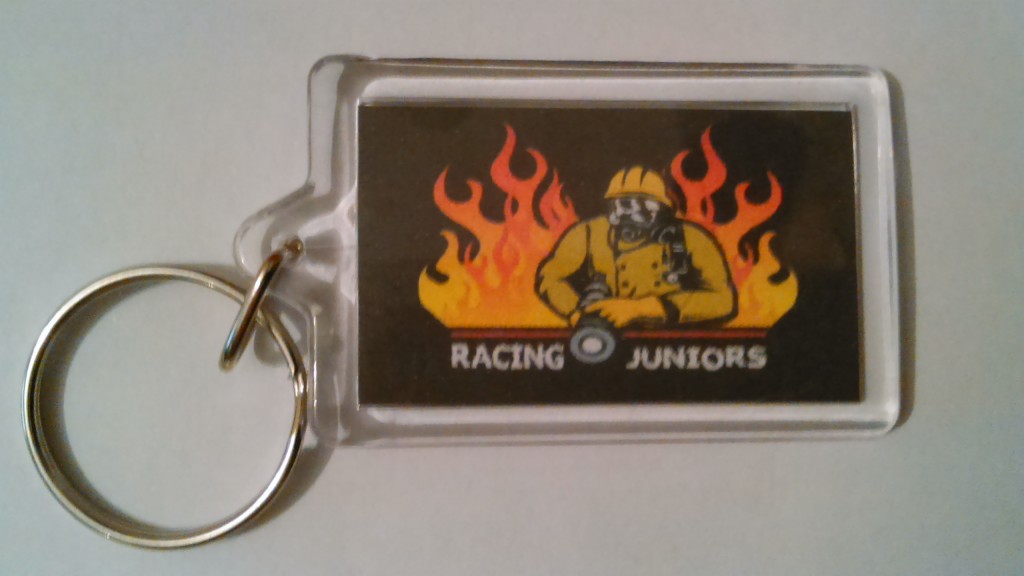 Be listed on our supporters page.
1 taken.

Receive a handmade team key ring to show you support the Fire Fighter Racing Juniors and the Fire Fighters Charity. You will also be listed on our supporters page and get a big thank you from us for your help.
0 taken.

Get one of our handmade key rings showing you support the Fire Fighter Racing Juniors and the Fire Fighters Charity. You will also be listed on our supporters page, and in our literature and get your name, or even your logo, on our website.
0 taken.

First of all, thank you SO much. This kind of support means the world to us and for it you will get the following:

Be listed on our supporters page, and in our literature.

Get your name, or even your logo, on our website.

Be mentioned in all press releases and media interviews about us.
0 out of taken.

Your logo on a vehicle, you will also be listed on our supporters page, and our literature also receive a team key ring and get your logo on our website and a mention in any press releases about us
0 taken.

Your logo prominent on a vehicle, you will also be listed on our supporters page, and our literature also receive a team key ring and get your logo on our website and a mention in any press releases about us
0 taken.
Support Choose your own payment

One thought on “2015: Firefighter Racing Juniors”