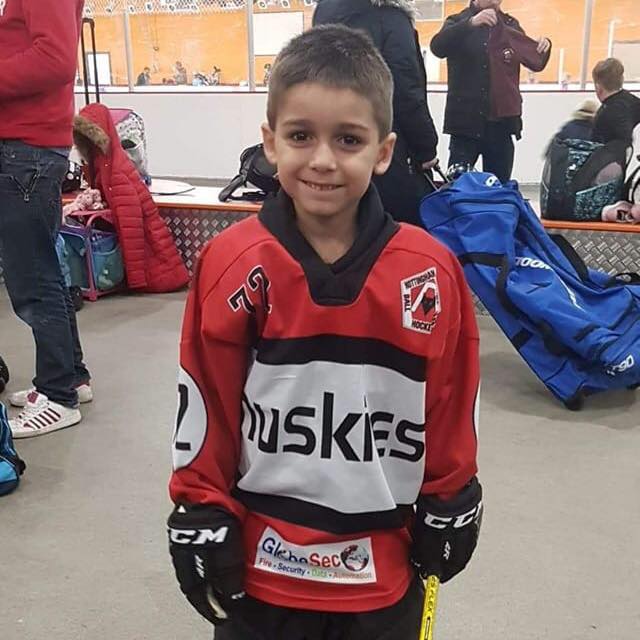 Our son Matthew, has been interested in hockey since before he could walk! Whether it be a video or a live game or a chance to “play”, he was there!

He started to play age 3, and very quickly we noticed he had a natural talent for the sport.

He was selected for Great Britain under 9s last year at the age of 4, and ended up scoring in his first tournament in Slovakia, making him the youngest ever to score for Team Great Britain!

He is currently playing in both the under 7s and under 10s league for Nottingham Huskies. He loves to play forward, but is also known to go in goals if his services are needed!

Fast forward to today and he has been selected for Great Britain again! He will be playing out in Zilina, Slovakia from 3rd to 8th April!

In the UK the sport receives no government support, so everything is self funded by us.

We believe with the right start at this age and he could be the next Liam Kirk and be drafted in the NHL!

We are so proud of him and want to support him whichever way we can!

£10 Be a supporter on Matthew's PledgeSports page

£20 Be a supporter on Matthew's PledgeSports page

Have your name/company on Matthews Jersey. We will tag on social media with updates to give your company/ name exposure
0 taken.
Support Choose your own payment