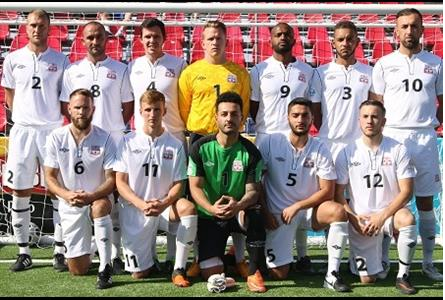 Unfortunately, our national minifootball squad does not receive any government funding to cover costs of travel and accommodation to participate at this international event, so we are looking for pledges to help us in our quest for EMF Euro 2016 glory!

We have also had invitations from the German and Poland Mini football Federations to travel to their countries to play in International friendlies as part of our preparation before we participate in Hungary.

The EMF Euro in Hungary 2016 will be screened in 16 countries on live prime time TV, with over 10 million viewers expected.  Our supporters in England are able to watch the matches through a live stream on the Euro Mini Football website.

Our team does not shy away from the camera! We have been in the press and media many times including the UK Minifootball website. The England 6-a-side Minifootball team gets plenty of press coverage, on the UK Mini Football website. A documentary will also be commissioned to cover the tournament in Hungary, following on from the ones aired on British TV.

We would love for you to get to know us further on our YouTube channel, UK Mini Football.

Here is our Management team and training squad line up for EMF Euro 2016!

Please help us fund our trip to EMF Euro 2016 so we can represent our country and bring home the cup!​

Become a supporter and get listed on our campaign page
0 taken.

Become a supporter Plus and be entered into a draw with the chance to win a signed England Minifootball team shirt along with a listing on our campaign page
1 taken.

Buy your England Home shirt Red or White for £35 and also get your name on our campaign page. All sizes available
0 taken.

Pledge £250 and you can attend and take part in an England Minifootball training session, receive a team shirt signed by the squad and have a listing on our campaign page.
0 out of 4 taken.
Support Choose your own payment