After a very successful career in Kickboxing and Amateur boxing I made my Professional debut in 2010 and have a record of 7 wins 1 loss 0 draws with 3 wins coming by way of knockout. My ideal boxing weight is Super Flyweight and this is the first time I have being presented a world title fight at my own preferred weight.

After a short learning curve I moved quickly up the world rankings I got offers of two W.B.C. Title fights which both fell through but eventually the opportunity came for me to fight Catherine Phiri of Zambia for the vacant W.B.C. Interim Bantamweight World Title in May 2015. Phiri had a record of 10 win and 0 losses and was African Boxing Union, and W.B.C. Silver Bantamweight Champion. I went into the fight in Lusaka as a major underdog but came away victorious to become W.B.C. Interim World Bantamweight Champion.

After the promise of mandatory fight with W.B.C. Bantamweight Champion Yazmin Rivas never prevailed I offered to take on W.B.C. Super Flyweight Champion Zulina Munoz who has a record of 44 wins 1 loss 2 draws but this to wasn’t secured either and instead I got offered at short notice the W.B.C. Super Bantamweight title fight with Alicia Ashley. Ashley a former 4 time World Champion was highly rated as one of the most skilled and respected female boxers in the world.

My trip to New York turned out to be a traumatic experience at the hands of the New York State Athletic Commission who actions included insistence on me having a PET scan on the day before the fight. (A PET Scan involved having “Radio Active Glucose” applied to my blood stream for 3o minutes before being put through a scanner) as well as physical, neurological, blood tests and I wasn’t sure they would allow me to fight until the weigh in the day before the fight.

All I wanted was a fair fight but my treatment at the insistence of the N.Y.S.A.C. took my preparation away and I find it hard to believe this should have been allowed to happen to any athlete before competing for a World Title under the assertion that it was done in my best interest of my health and well being.

I’ve now finally got the opportunity to fight for a World Title at my preferred weight (115 lb, 52.2 kg) and will face a tough challenge in current W.B.C. Super Flyweight World Champion Zulina Munoz who is the number 1 ranked female Super Flyweight in the World having successfully defended the title 7 time since she won it in 2012. Munoz has a record of 45 wins 1 loss and 2 draws with 27 of her wins coming by way of knockout.

I get in 10 training sessions every week plus physio, Altitude training and cryotherapy along with working full time teaching fitness classes and personal training. With the upcoming fight I’ve had to cut back completely on all my classes and pay other instructors to fill in for me which has a considerable impact on me financially.

I’ve taken this fight at very short notice and want to give it my best shot and have no regrets so here we are looking for support to see this dream through to the final bell. To win a world title I have surrounded myself with high performance team to maximize my performance and over the last few weeks this has being of huge benefit to me including a confined training camp to focus my mind on job ahead.

Money was never my motivation, I just want to see how far I can go and with your support I can make it to the very top and win the W.B.C. Super Flyweight World Title in Mexico.

Thanks very much for reading my story and feel free to share with your friend and colleagues. 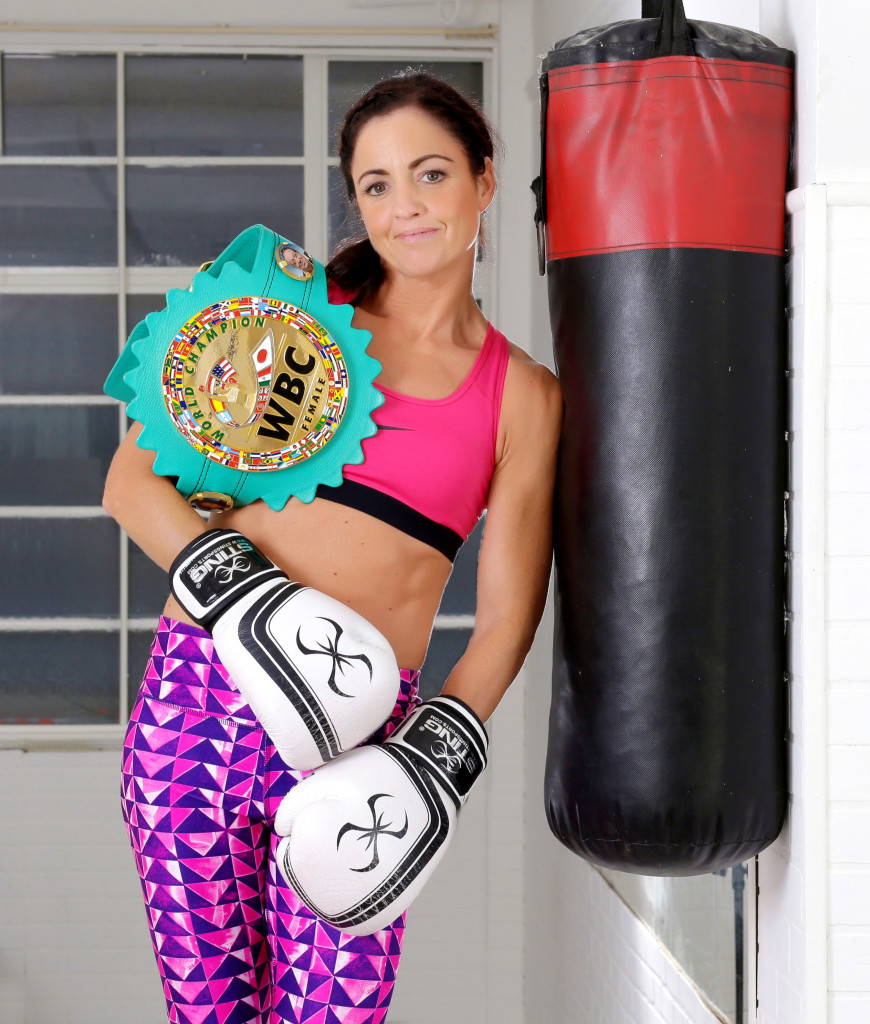 Big thank you to Silver Farm http://www.silverhillfarm.ie/ for the very generous support!

I will personally thank you on social media for your contribution
7 out of 40 taken.

As Above + Signed action photo of my fight sent to you via email
8 out of 20 taken.

As Above + Personal training session for you or a friend at Peak Fitness, Carrickmacross, Co Monaghan, Ireland.
7 out of 10 taken.

As Above + Public appearance as speaker for your company or group boxing training seminar in Ireland
2 out of 4 taken.

Eternal gratitude (Contact frickmcmahon@gmail.com to discuss possibilities)
4 out of 2 taken.
Support Choose your own payment