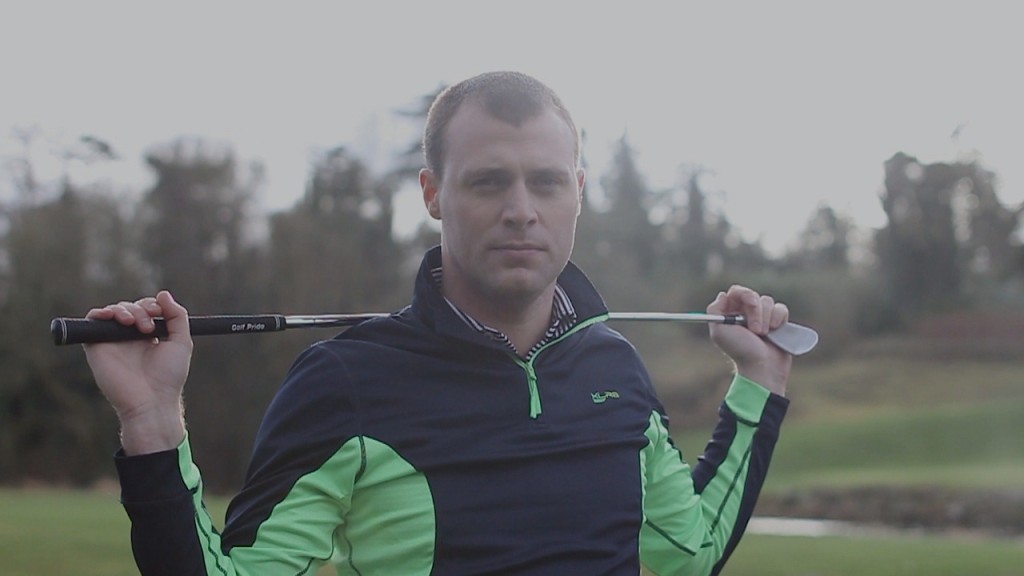 Hi everyone! My name is Cian Curley and I’m a professional golfer. I have grown up in Lucan, Dublin but most my family are from Co. Clare.  I began playing golf at the age of 13 and started to play competitively when I was 17. A late starter these days!!! Since finishing school I have dedicated my whole life to achieving my goal of playing golf at the highest level. I have always juggled many jobs along with my golf to help support myself. I also attended NUI Maynooth in 2007/2008 and was awarded Athlete Of The Year 2008 – a great honor.

My best achievements as an individual were finishing top of the Willie Gill Order of Merit in 2009 and in 2010 when I became the East of Ireland champion, one of Ireland’s major amateur championships.  After that big win I was invited to play in the Irish Open on the European Tour and shortly after I decided I was ready to turn professional.

In 2011 I gained full playing privileges on the Europro Tour by finishing 5th at the qualifying school. I have gone on to have excellent results on the Tour. This brings us to the present where I’m at the point in my career where I firmly believe I am on the verge of breaking into the top level of professional golf.

It is very expensive to compete as a professional with expenses running between €800 – €1200 per tournament. Last season I could not compete much as I didn’t have enough money and my family are unfortunately not in a position to help fund my career. Since I have been a professional I have learned what it takes to get to the top and I have worked tirelessly over the past winter to put every part in place that I need to get there. With the help of a new swing coach I’m hitting the ball better then ever. My strength and fitness is the best it has ever been and I’m ready to achieve success.

Now the final part I need in place is the opportunity to play and that’s where I need your help. I aim to raise a minimum of €5,000 which will contribute greatly towards my entry fee’s, travel expenses, accommodation and equipment. Donations of any amount will be a huge help to me. Every €10 donated will make a difference so if you can spare it I’d appreciate the support. In doing so you will become part of my story and that is something I will never forget when I make it to the top.

You will be listed and thanked as a supporter on my campaign page.
6 taken.

€25 Shout out on social media

Shout out on my social media accounts and a personal thank you email.
5 taken.

All the above + a signed photograph.
1 taken.

All the above + personal golf tips/lesson via email.
6 taken.

All the above + I will give you a free personal golf lesson and show you how to practice like a pro.
2 taken.

€500 Private round of golf and logo on social media

All the above and a private round of golf with me. If you are a company, I will also place your logo on my social media pages and website.
1 out of 10 taken.

A corporate or group (4 ball)golf day out + logo on my social media pages and website if your a company.
0 out of 10 taken.

€2000 Logo placement on my apparel

Logo placement on my apparel on tour (all my events on the Europro Tour are broadcasted on Sky Sports). Please contact Richard at richard@pledgesports.org to discuss.
0 out of 5 taken.

Please contact Richard at richard@pledgesports.org to discuss what we can do for your donation!
0 taken.
Support Choose your own payment