Hello, My name is Philip Ryan. I am 20 years old, I live in Tipperary and I am a full-time amateur Irish Track Cyclist, specialising in Sprinting.

I have just joined a new team in London UK, Cadence Performance, but I am still based in Ireland. I am ranked 3rd in Ireland as an Elite/Senior for the last 2years and 2nd in Ireland U23. I currently hold 11 Irish National Track Medals, 2 gold, 4 silver and 5 bronze.

I was also named as a possible rider for the Olympics (see story). I want to raise funds to further my cycling career and ultimately reach one main goal, the Olympics!!

I always had an interest in bikes from a young age and eventually bought myself my first racing bike when I was 12. A year later I took part in my first race at the 2008 Youth National Road Race Championships where I came 8th. The following year I was 6th and cycling became a massive hobby of mine. I had many successful under-age years and in that time I was Munster Time Trial Champion for 2 years, 2009 & 2010, and runner-up for 2 years, 2011 & 2012. I got noticed by my cycling club owner, Liam Collins, who later became my coach and introduced me to Track Cycling. 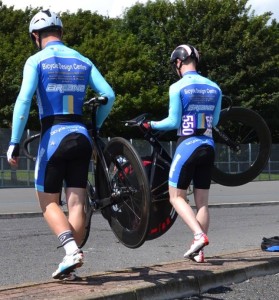 I took to the track like a duck to water and I became Irish National Track Champion in 2010 taking 1st place in 2 events and 2nd place in another out of a total of 3 events at Sundrive Velodrome, Dublin. This was my debut on the track. It was also my first track competition and only my second time ever on a track. For the next two years, 2011 & 2012 as a Junior, I stayed in the top Irish rankings collecting more medals. In 2012 I finished up my leaving cert and soon after the National Track Championships I made the decision, along with my family and coach, to focus all my time on my passion and to becoming a full-time Track Cyclist specialising in Sprinting.

My days of 2013 consisted of eating, sleeping and training and I clocked up (on average) over 2 hours a day 6 days a week of intense training for 7 months, January to August when I first competed in the Senior/Elite level at the National Track Championships in Sundrive Velodrome, Dublin, against the best sprinters Ireland had to offer.

I beat the previously ranked 2nd place holder in a knock out round to make it to the finals, where I got bronze in the Sprint. I picked up a silver medal in the Team Sprint event, (Team: Liam Collins, Brendan Whelan & Philip Ryan) where we broke the National record briefly before another team (Sundrive) then beat our record a few mins later to become the winners. I also got a bronze in the Keirin (Raced 3 events, gained 3 medals).

I competed again at last year’s National Championships 2014, where again I came 3rd in the Sprint and 2nd in the Team Sprint event (Team: Liam Collins, Philip Ryan & Simon Ryan). I didn’t achieve as well as previously and got 6th in the Keirin. 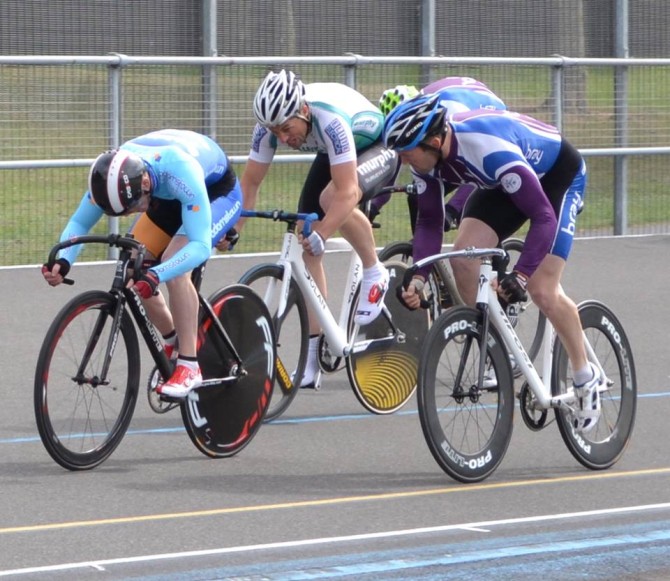 Dublin International Track GP at Sundrive Velodrome, Dublin in 2013 & 2014 where I raced the now Canadian Champion, a German Champion and many other top riders. I picked up some UCI World Ranking points in 2 events each year.

White Hope Sprint at Lee Valley Olympic Velodrome, London in 2014 where I unfortunately crashed in a qualifying round.

Specialist Sprinters League at Herne Hill, London in 2014 where I gained joint 1st position on points after Round 1. Unfortunately I dropped down the rankings due to not being able to attend every round of the League each month as I couldn’t afford it.

I am currently training for this year’s 2015 season, where my main goals are: to set a Personal Best at my first event of the season, White Hope Sprint in the Lee Valley Olympic Velodrome London UK, gain more medals at the National Championships and be part of the Irish Track Sprint Team to compete in the European and World Track Championships. 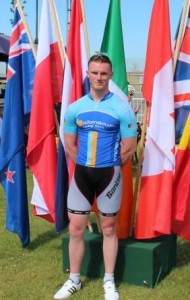 I am currently receiving NO FUNDING of any sort apart from the incredible support of my family. For me to be able to travel to and compete in the events mentioned, and also travel for training as there is no indoor Velodrome in Ireland, funding is vital.

Training and competing outside of Ireland will help me improve my sprinting abilities and PB’s as an Irish Track Sprinter and ultimately help me to reach my main goals and long-term goal, to represent Ireland at the Olympics!

Track cycling is my passion and any funding would be greatly appreciated and definitely not wasted. 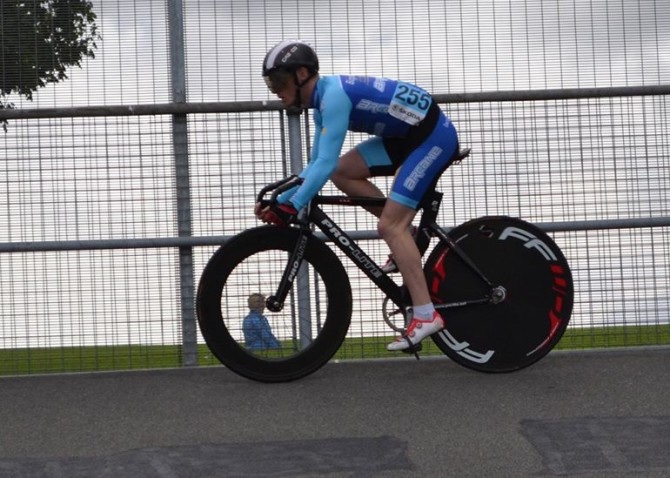 Be listed as a supporter on my Campaign and Facebook pages.
21 taken.

Receive a thank you letter and all of the above.
12 taken.

Receive a signed picture + all of the above.
12 taken.

A special thank you after a race on my Facebook page + all of the above.
4 taken.

Get your picture in a collage on my cover photo on my Facebook page + a signed picture + thank you letter + listed as a supporter.

COMPANIES: get your company name/logo advertised on my cover photo on my Facebook page + thank you letter + listed as a sponsor.
0 taken.

Get everything listed from reward level €250 + your company name/logo on my bike box. (this will be seen at all airports, train stations and all international races).
0 taken.

Get everything listed from reward levels €250 and €500 + your company name/logo on clothing. (this will be seen at all airports, train stations, races and regular day to day training) (not race gear/kit)
0 taken.

Get everything listed from reward levels €250 and €500 and €750 + your company name/logo on my bike or disk wheel. (this will be in-race advertisement with possible tabloid/tv broadcast coverage)
0 out of 7 taken.

Get your company name/logo on my helmet. (this will be in-race advertisement with possible tabloid/tv broadcast coverage) + unending gratitude + named as a big/main sponsor.
0 out of 5 taken.

Unending gratitude + choice of two of the above "Advertisement" options + SHAVED COMPANY NAME/LOGO INTO THE SIDE OF MY HAIR. (one name/logo per race) (this will be 24/7 advertisement that will be seen everywhere I go for up to 3weeks) + listed as a main/big sponsor.
0 out of 10 taken.

Let me be your brand ambassador + all advertisement from above + unending gratitude + mention in any interviews as a main sponsor.
0 taken.
Support Choose your own payment