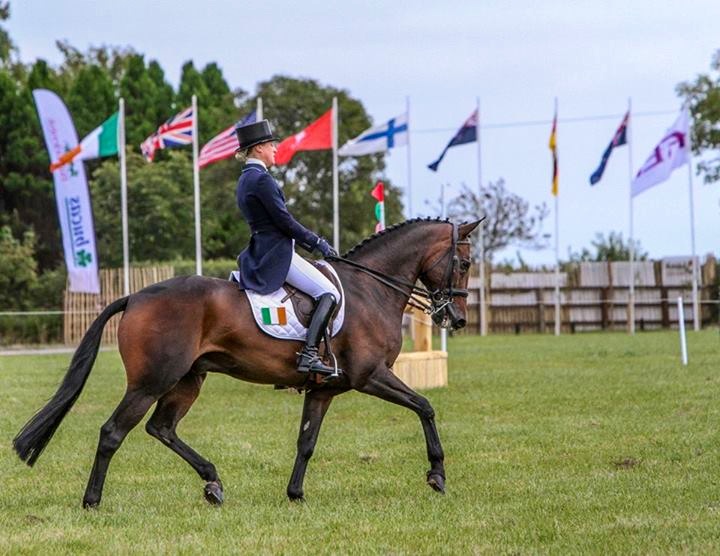 At just 24, Kildare based rider Camilla Speirs has represented Ireland at 6 European Championships, 4 World Breeder Championships, a World Equestrian Games and was also the youngest event rider to compete at the Olympic Games in London in 2012 – with a horse she produced herself – Portersize Just a Jif.

Camilla’s passion is producing young horses from the early stages of their career, with the hope of competing them on the Irish team at European, World and Olympic championships level in the future.

Camilla not only has the talent to succeed in the sport of eventing, but is also motivated, dedicated and extremely driven. Keeping her horses in peak condition and at the top of their game is extremely expensive and Camilla must rely entirely on sponsors and external funding to pay for training, travelling and general costs to keep the show on the road. Despite the high costs involved with running a yard of event horses, Camilla is eager to put in place the foundations to build and sustain a successful career in the sport. She has 2 extremely exciting young prospects, Lowhill Village at Lyons and BT Border Bandit, both are moving swiftly and successfully through the ranks and she has high hopes that they will compete together at the next Olympic Games in Rio De Janeiro 2016.

Over the next two years, Camilla will compete at some of the biggest events in Europe such as Badminton Horse Trials, Blenheim Palace and also hopes to compete for Team Ireland in the Nations Cup series. These events attract high levels of exposure and any potential financial backer who is keen to get behind her and help her succeed on this exciting journey will benefit from this – it’s the Road to Rio!

“Every bit of support is hugely appreciated so please check out what I can offer you in return for your kind contributions, and if you feel there is anything else in particular we can work on together that you or your company may benefit from, please don’t hesitate to get in touch!! ” 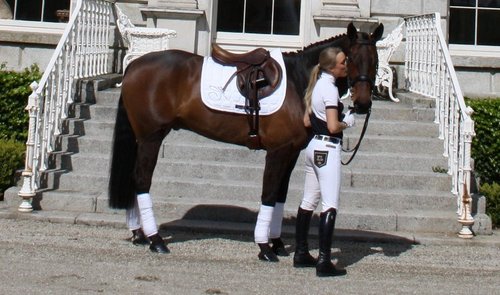 Thank you for your kind support

Are all prices and prizes negotiable?

Yes, ALL prices can be negotiated and for corporates I am happy to speak with you to discuss any other ideas or options that you may have!

Personal thank you on all social media platforms and entry into raffle.
2 out of 200 taken.

The above + Camilla's personal workout regime for eventers and diet plan to stay fit, healthy, energetic and strong.
1 out of 100 taken.

The above + the choice of having a lesson with Camilla at her yard in Athy, Co. Kildare, or the opportunity to watch her train with team Ireland's high performance coach.
1 out of 50 taken.

Tickets for Tattersalls horse trials xc and the opportunity to come and meet the horses competing there
We will also provide refreshments and a picnic for you whilst you are spectating throughout the day.
0 out of 2 taken.

Corporate logo on transport vehicle for entire season which travels throughout Ireland, the UK and Europe regularly.
1 out of 1 taken.

Please contact Richard at richard@pledgesports.org
0 out of 1 taken.
Support Choose your own payment

One thought on “Road To Rio”