The 2014 Team England Lure Squad is actively searching for funding to represent the nation at the 7th Carnivorous Artificial Bait Boat Angling World Championships, which is being held on Lac du Bourget in South Eastern France this coming October.

After a series of preliminary trials and eliminators in early 2014, the team was selected in the Grand Final held on Llangorse Lake in May with 17 qualifying anglers from across the country battling it out for one of the 6 places to represent their nation.

The 2014 Team England Lure Squad to represent the nation at the 7th World Championships is: –

Gary Palmer (Captain) – A professional river guide. Gary has fished all over the world and is just at home with nile perch and zander as he is with pike and perch.

Eric Edwards – The Angling Development Officer for the Pike Anglers Club of Great Britain and a qualified level 2 angling coach, Eric is well known and regarded as a big pike specialist.

Sam Edmonds – Sam is by far the youngest member of the squad at 19 years, and has already represented England at youth level within fly fishing. His UK record of lure caught pike, perch and zander is the envy of many seasoned veterans.

Gary Edmonds – Father of Sam, Gary has gathered a wealth of knowledge of fishing for many species from all over the world and is another huge asset to the squad.

Daniel Brackley – Originally hailing from Zimbabwe, Dan brings a huge amount of knowledge and that little bit of extra flair and an extra competitive edge to the make-up of the squad.

Rikki Cooper – Another almost full-time angling guide, Rikki is also a fully qualified angling coach and adds a great deal to the squad’s overall skills mix. As happy catching both small and large pike, or perch, trout and zander.

Evaldas Skablauskas (Reserve) – One of last years squad members, Evaldas is one of the most respected lure anglers in the UK, with a vast knowledge of fishing deep waters.

Ron Dalton (Reserve) – Ron is another of the fresh faces in the England squad for this year, and brings a wealth of knowledge and skills to the squad.

As there is currently no sponsorship for the team, each member has to fund their own way to the World Championships, with the cost working out at approximately £2000 per person.

Lure fishing is perhaps one of the most exciting forms of angling available today, and more and more of our younger anglers are being attracted to this side of the sport by the ‘branding’ of top firms through clothing and tackle – an approach that is already seeing dividends in the increase of numbers of high-quality lure anglers tackling our waters.

We hope that you can support us! 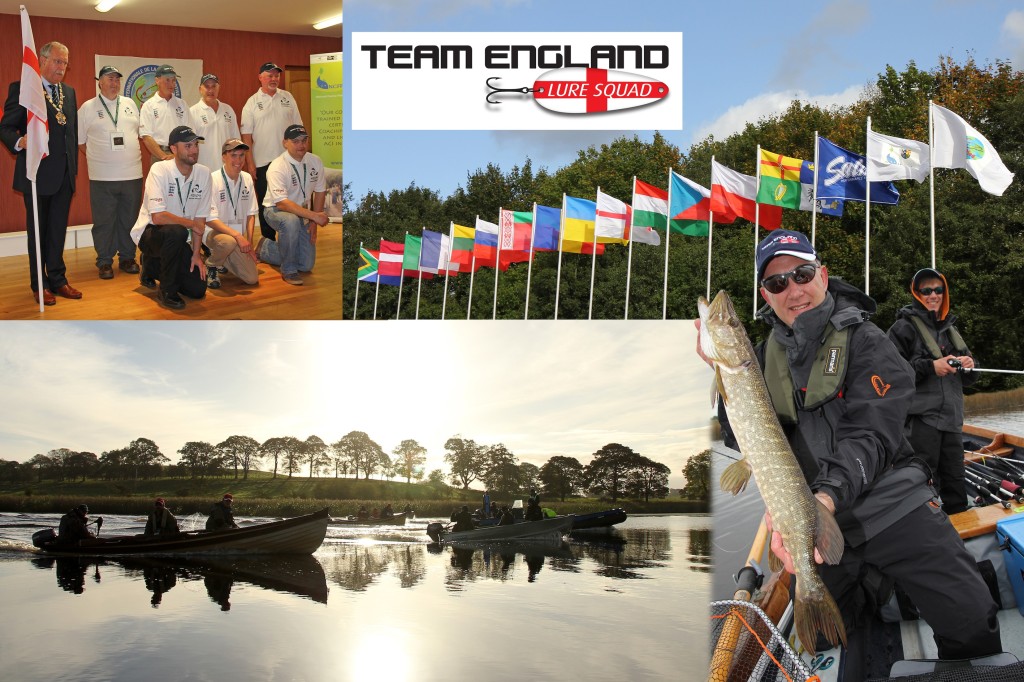 £10 Listed as a Supporter

Listed as a supporter on our PledgeSports supporter's page.
2 taken.

Listed as a supporter on our PledgeSports supporter's page plus a personal shout out on social media accounts.
2 taken.

A personal thank you letter from the Team England Lure Squad plus the above rewards.
1 taken.

A set of Team England Lure Squad stickers plus all of the above rewards.
0 taken.

Your logo on the Team England Lure Squad Facebook cover page and website, plus all of the above rewards.
0 taken.

A days fishing for one with one of the Team England Lure Squad members, plus all of the above rewards.
0 taken.

Your name/logo on our team sweatshirt and on our boats, plus all of the above rewards.
0 taken.