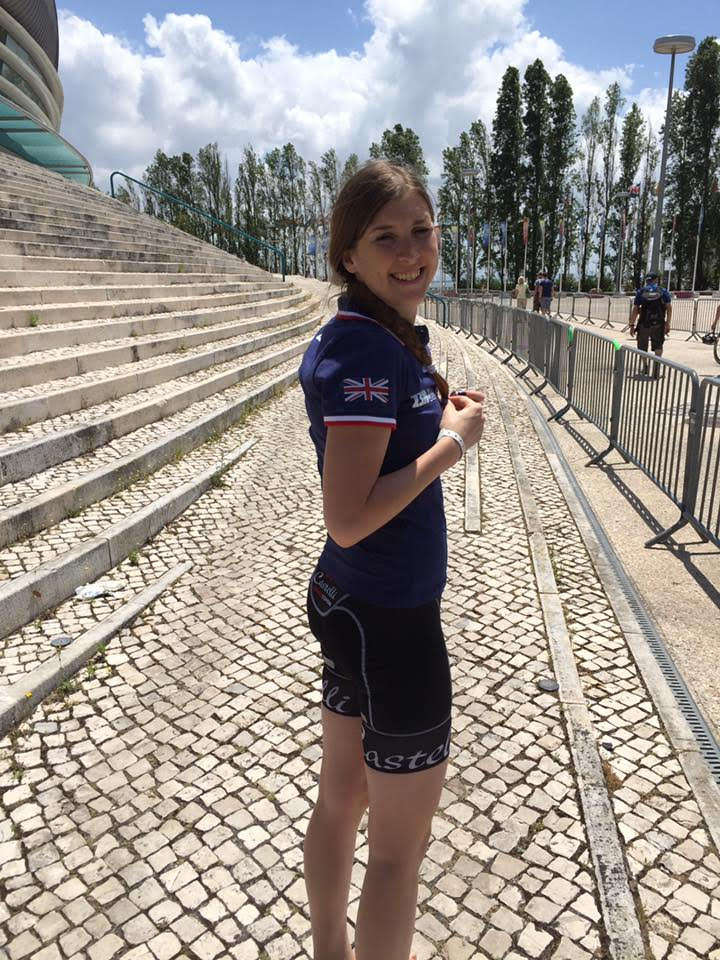 I am now a Great Britain Age Group Triathlete. I have competed in the:

And will be competing in the:

From an early age I loved swimming as a way of relaxing and focusing my thinking. At university, I used to swim 100 lengths on a daily basis to escape the pressures of my Fine Art degree. For fun, I also took part in a variety of charity-based distance swimming events.

In 2011, having been adamant about not being competitive, I decided to enter my first open water swimming race at Grafham Water. Although I was overwhelmed by the darkness of the water; the chaos of a mass start; and the feeling of swimming in a wetsuit (particularly as it was a large ill-fitting surfers’ shorty), I was keen to conquer this uniquely challenging discipline.

The following year, I entered an aquathlon at the same location and surprisingly finished 2nd in my age group and 4th overall.

In autumn 2012, I was given a place in the Cambridge Half Marathon as a present. Despite not having done any structured running training before, I was excited by the challenge of preparing for this event. I followed a training plan religiously and, in snowy conditions, finished in 1 hour 45 minutes knowing I still had plenty more to give. After finishing 2nd in a local fun run a month later, I decided to join Cambridge and Coleridge Athletics Club.

In 2013, I also found the courage to consistently join Cambridge Triathlon Club’s weekly swimming sessions, as I knew my programme of 100 lengths 6 times a week wasn’t helping to improve my speed! By this time, I was naively running most days and ended up with a stress fracture by September.

The next part of my story again stemmed from a ‘present’: I was given an entry into the 2014 London Triathlon sprint-distance race as a Christmas gift. In response, I purchased a £300 TT bike (which I still race on today) and began my own slightly crazy, self-devised training regime which included spin classes, core classes and kettlebell sessions, as well as club running, swimming and the occasional 5-mile bike ride. I was amazed to finish 5th overall in the world’s largest triathlon – my passion for triathlon had been well and truly ignited.

2015 was my first proper season as a triathlete, entering a large number of local sprint-distance races and aquathlons. Here are my results:

I was delighted and astonished by my success, especially when I learnt that I had qualified for the 2016 ETU Sprint Distance Triathlon European Championships in Lisbon.

In September 2015, I decided that a more structured approach to training would improve my performance and help me to avoid injury. I contacted one of my former school teachers, a certified triathlon coach, who agreed to work with me. Unfortunately during my first week of coaching, I broke my 2nd metatarsal in a freak work place accident, where my foot was trapped underneath a chair leg.

While the consultant that I saw doubted that I would be fit to compete in time for May’s race in Lisbon, I was determined not to give in. I followed a progressive 10 hour weekly programme of swimming (legs strapped together); deep water running intervals; core and arm strengthening exercises; and turbo sessions, as provided by my supportive coach.

In February 2016, my requested x-rays finally showed that the break had healed and that I could start to introduce slow jogging, albeit for 30-second intervals. Over subsequent weeks, I gradually progressed in terms of run distance, whilst using water running for the high intensity training.

At the beginning of May 2016, I participated in Saffron Walden sprint-distance triathlon, a pool-based race with an undulating cycle route and a challenging cross country run leg. I was amazed to finish 1st lady overall, not only because this was my first race back after a serious injury, but also because the race followed a time trial format, and I was competing against a number of experienced GB age group representatives. I knew I was ready for Lisbon.

Having worked so hard to prepare for the race in Lisbon, I was certain that I would give everything when I got there. In a highly competitive age group, where a tight 90 seconds covered 1st to 10th position, I was thrilled to finish 10th (5th GB lady).

A month later, I raced in the ETU Aquathlon European Championships in Chateauroux, finishing 4th in my age group and again leaving nothing out there.

Following these successes, I was invited to compete in the Elite waves of the AJ Bell London Triathlon and TriLiverpool. It has been an unexpected privilege to participate with world-class athletes and I hope that I can build on what I have learnt and race more regularly at this level, as well as aiming for ETU podium finishes.

Where you come in

I have achieved all of this on a very limited budget (for example, I race on a £300 aluminium-framed bike bought second hand), without additional funding and on top of my significant work commitments as a full-time primary school teacher. I realise that as I progress in the sport, this will become increasingly difficult to do.

In order to further my development, and help me to achieve my goals, I would appreciate your financial support, so that I can most importantly obtain equipment commonly used by my fellow competitors (such as a carbon-framed bike, or a multi-sport watch), as well as helping to assist with coaching, travel, accommodation and competition costs.

I invite you to become involved in the further development of this great sport within our country, and to assist in the development of a local young person and athlete. 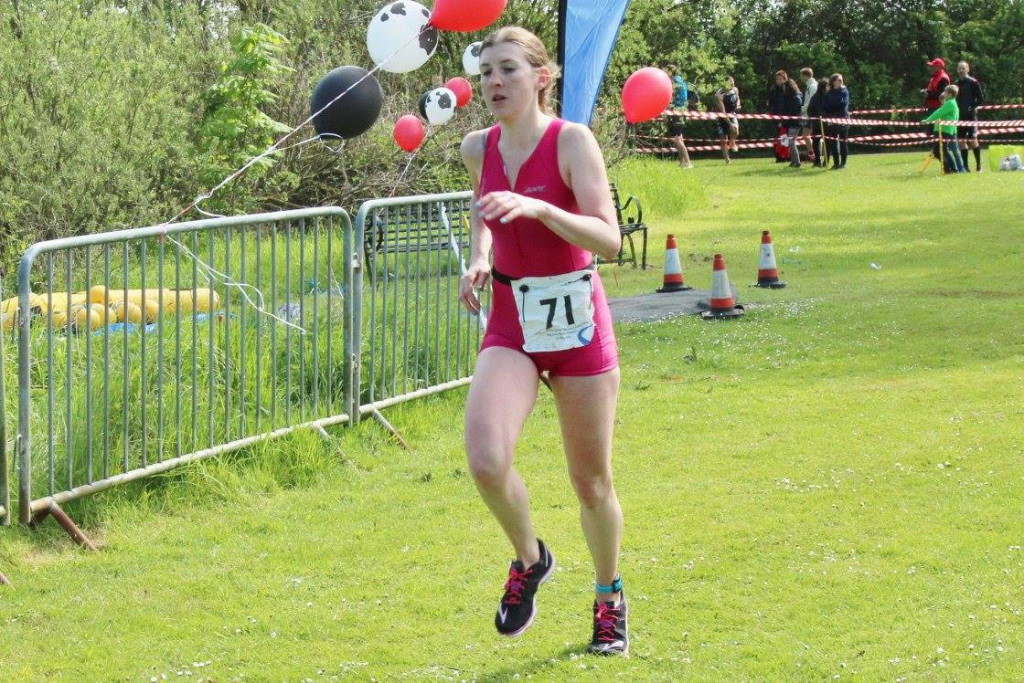 Donate £10 and I mention you on my supporters page.

Donate £20 and I will contact you directly with thanks and mention you on social media.
1 taken.

Donate £50 and I will contact you directly with thanks, with a big shout out on social media for your generous contribution.
1 taken.

Donate £100 and I will contact you directly with a signed photo to say thanks, and include a big shout out on social media for your generous contribution.
2 taken.

Donate £500 and I will keep you updated on how my training is going, I will assist with news articles to publicise your generous contribution.
0 out of 10 taken.

For £1000+ I would be delighted to display your company logo on my GBR kit, attend an event and assist with news articles to publicise your generous contribution. Social media releases including regular tweets and mentions in my blog.
0 out of 4 taken.
Support Choose your own payment