What It Really Means To Be A “Pro” 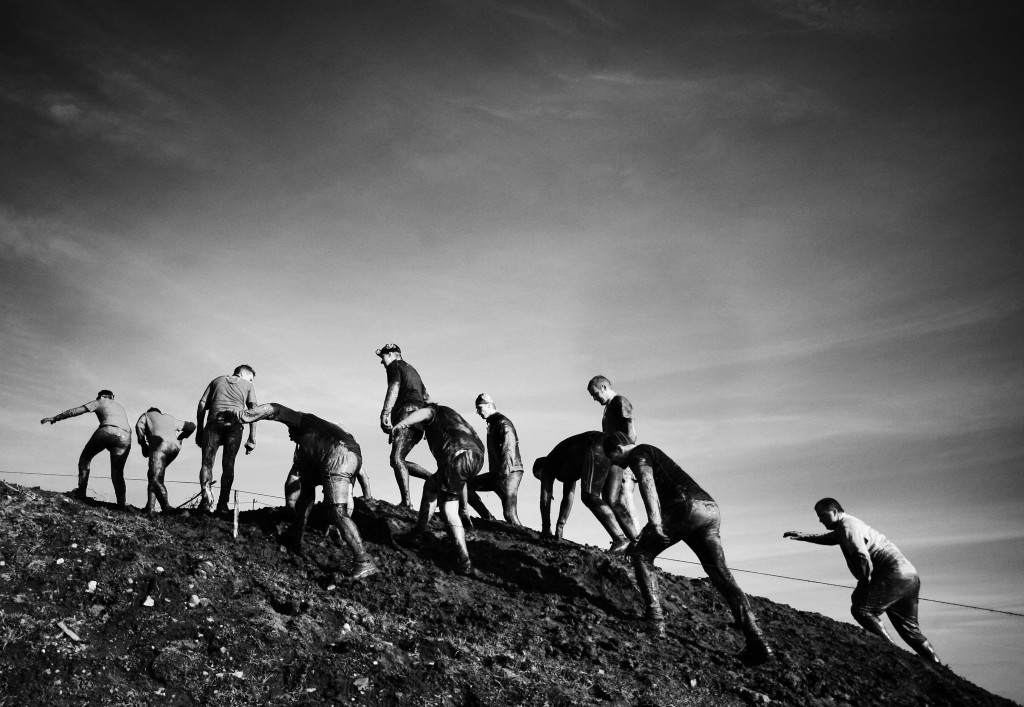 Most kids, at some stage or another, have dreams of becoming a professional in sport. They see the brilliant athletes of the day and look to emulate them. They want to be inspiring, they want to make money, they want their names on the back of a jersey. The idea is appealing – no matter what your age really. People give you money to play the sport you love, celebrity status included? Where do I sign up?

But the reality is frighteningly different. Instead of being paid to play – professionals must play to be paid, and they have to play well. Otherwise they get very little. In fact, if you’re not winning as a professional you’re losing. Literally. Travelling and accommodation expenses, coaching, equipment, competition fees: these all add up to a pretty hefty amount. By not doing well in competition a professional has probably lost money. What does it mean to be professional again?..

To illustrate our point we’ve gathered some information on the distribution of prize winnings in tennis and golf. Being (generally) individual sports, being a pro can be brutal in these sports. Both have tall hierarchal structures with most of the money at the top. If you want to get there you have to drag yourself through competition after competition in the challenger tours making a pittance first.

This is the distribution of tournament prize winnings for the Challenger tour and the French Open. Obviously prize money will be skewed towards the winners for both, there’s no surprise there. Most would argue rightly so as well. The significant difference between these graphs is the scale. Of course the French Open will have a larger purse, but how much larger? Have a look at the French Open and a Challenger Tour tournament side by side. 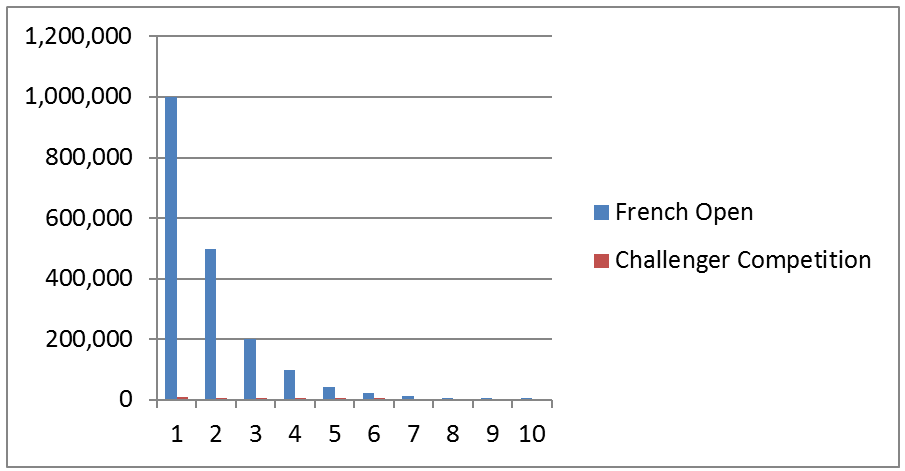 Where’s the challenger tour?… It’s so small in comparison you can barely see it. Winning a challenger tournament gets you less than losing in the qualifiers of larger tournament. This is the issue with “professional” sports of today. The top tennis players competing in Grand Slams make astronomically more than their counterparts competing in the leagues below. We’re not against big prize winnings, but when a sport becomes unsustainable for “pros” to pursue a professional career while the top 1% languish in their wealth we think it’s fundamentally unfair.

In golf we see a more severe landscape. This is an example of the distribution of prize money for a PGA tournament with a purse of $1,000,000. All PGA tournaments distribute winnings the same way, so this graph can be scaled to any size of purse. 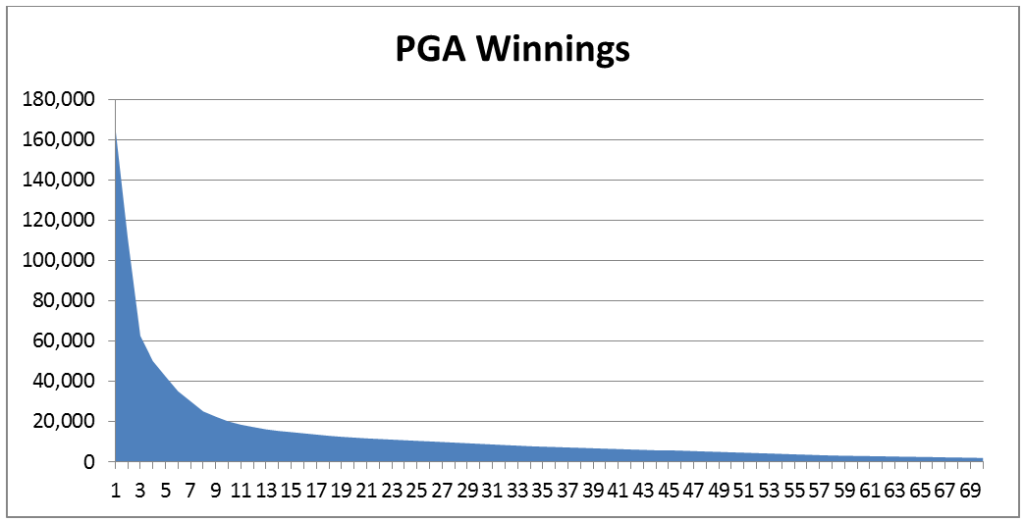 The top 5 golfers win 43.3% of the winnings. The bottom 35 only gets 15.7% between them. It pays to perform, but if you don’t perform it’s costly. For up and coming golfers in the Challenge tours it’s a struggle. Their living depends on how they perform. There’s no stability. No sustainability. It’s a dog fight with everything on the line for a professional. If they don’t compete in their first few years as a “pro” the financial burden of pursuing their dream catches up with them.

The general perception of professionalism is not the reality. Professional sport is not what you dreamed it was as a kid. It’s an unending battle of survival. You either break into the big leagues or find yourself a day job.

For further reading on the struggle of professional athletes see this Bloomberg article .

One thought on “What It Really Means To Be A “Pro””