The Meteoric Rise Of Tennis In Asia

Over the next decade the sporting world will shift on its axis, from the Western World to Asia. The likes of the Chinese Government have publicly stated their ambition to build a $850bn sporting empire by 2025, and one sport already reaping the rewards is tennis.

Home to nearly 4.5 billion of the world’s 7 billion population, Asia’s potential to become a tennis powerhouse is not, by any means, a bold call. Asia have dominated at all racquet sports besides tennis for decades. Now, Asia are planning their assault on the tennis scene. 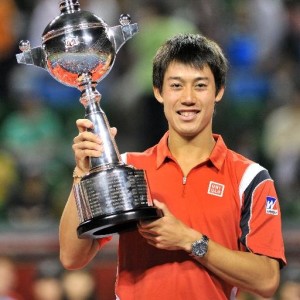 While Japan’s Kei Nishikori – No. 5 on ATP top 100 – is Asia’s biggest tennis star at the moment, the pack of young players following in the 27 year-old’s successful footsteps are plentiful across the both the men’s and women’s games. 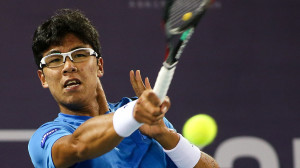 One such player is Chung Hyeon, who at just 18, broke into the ATP top 100. Hyeon had a fantastic junior career, finishing runner-up at Junior Wimbledon in 2013 before turning pro in 2014. Now, the 20 year-old is building his game on tour and has stayed in the ATP top 100 since 2015. 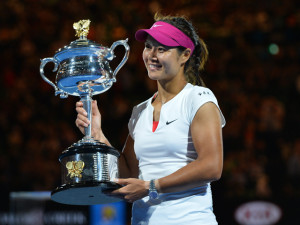 In 2011, Li Na became the first ever Asian player to win a tennis Grand Slam when she lifted the French Open. She repeated her major success three years later at the 2014 Australian Open and reached a career-high ranking as the world’s No. 2 female player.

While Li has since retired, her success between 2011 and 2014 single-handedly drove tennis’ popularity through the roof in her native China and throughout Asia.

At the time of her Grand Slam victories, Li was rivalling Maria Sharapova for endorsement deals, putting pen to paper on huge sponsorship deals and cementing tennis’ status as the “it” sport in Asia. The to-be Hall of Fame player has worked wonders for the future of tennis in Asia.

According to research conducted from the ATP’s Shanghai Rolex Masters last October, tennis is the seventh most popular participation sport in Asia. However, it’s the No. 1 “aspiration sport.” – i.e. the sport people want to play. 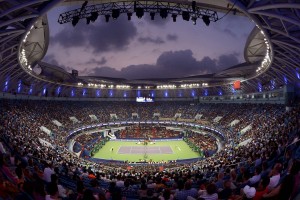 It’s not ridiculous to lay claim to Asia hosting an additional major event on the tour. At the moment, the ATP and WTA are following the money and it’s leading them directly to Asia.

Last year, Asia hosted eight ATP tournaments, three of them were ATP World Tour 500 events and one — Shanghai — was a Masters event.

On the WTA side, Singapore (WTA Finals) and Zhuhai (WTA Elite Trophy) hosted the two year-ending championships, and those are just two of the 17 tournaments that were held in Asia. Two of these events were Premier (Dubai and Tokyo), two were Premier 5 (Doha and Wuhan) and one was a Premier Mandatory (China Open).

A Detailed guide to the ATP World Tour 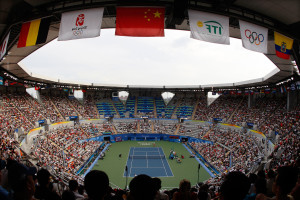 In addition to this, the facilities built for the 2008 Beijing Olympics are certified “Grand Slam” quality, and the economy as explained earlier is booming and eager to stump up the cash they need to create sporting success within the country.

We’re not saying this is going to happen, but in theory it could be a very lucrative step for the ATP and WTA to take. Watch this space.

Biggest tennis stadiums in the world

PledgeSports is a Crowdfunding and sponsorship platform for sport.  If you or anyone you know is trying to raise funds for tennis, get in touch.  We have helped players of all levels  from all over the world raise a great deal of money.

If you have any further questions please don’t hesitate to get in touch via info@pledgesports.org. Alternatively, go to pledgesports.org and hit “Create A Campaign” to start raising money.

One thought on “The Meteoric Rise Of Tennis In Asia”