What a wonderful year it’s been for the greatest tennis player of all-time. Roger Federer has once again proved why he is without a doubt one the most gifted players to ever lift a racket. Even at the ripe age of 36, he was still good enough to win his 20th Grand Slam title at the 2018 Australian Open and didn’t drop a set until the final.  He won the 2017 Wimbledon title without dropping a set!

With all the excitement and hopefully lots more to come in 2019/20, we have broken down Roger Federer in records! 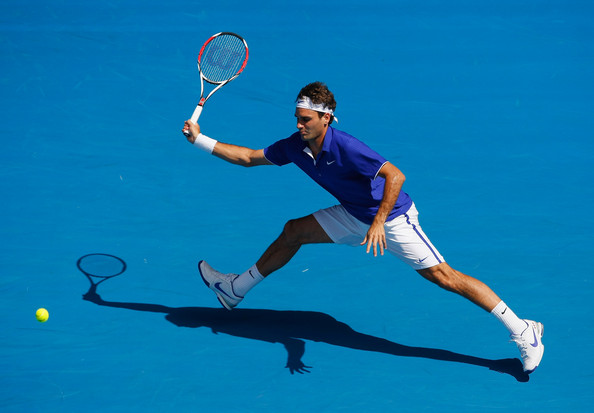 The first male tennis player to ever win 20 Single Grand Slam’s. A record that we may never see broken again. The Swiss never fails to surprise us and it seems with age he keeps improving and defying all odds. Only 3 other people stand in his way to have won more Single Grand Slam titles which whom are all women – Margaret Court (24 titles), Serena Williams (23) and Steff Graf (22). The Spaniard Rafael Nadal is his nearest male challenger on 16 Grand Slams.

In February 2018 Roger Federer became the oldest male tennis player to be ranked No.1 in the world. He surpassed the great Andre Agassi who was 33 years old when he was No.1 back in 2003.

He first made world number 1 on the 2nd February 2004.  The time in between is 14 years and 17 days which is also a new record.  The previous record was held by Nadal at 9 years 184 days. In total he has spend 3010 weeks at number one, another record.

We will update this section after Wimbledon 2019, where Federer will play the semi finals this Friday.

A Detailed guide to the ATP World Tour

On the 2nd of March 2019, Federer won the Dubai Duty Free Championships his 100th title.  He followed this up in March by winning the Miami Open Masters, then the Halle Open in Germany and most recently the Swiss Indoor Open.

The only person to better this is Jimmy Conners with 109 titles.  So what’s next?   Could Connors’ ATP World Tour-era leading tallies of 1,256 match wins and 109 titles be under threat?

Roger Federer has now earned over $125 million in prize money since he turned pro.

Other records Roger Federer has either equalled or surpassed include the record of the most Grand Slam titles since turning 30. He has equalled this by winning 4 Grand Slams which he is tied with Rod Laver and Ken Rosewal respectively. It is also the first time he has successfully defended a Grand Slam in over 10 years.

The 10 most popular athletes in the world

Another record Roger has broken is the record of winning at least one major title in the 12 consecutive years. This record was previously held by the great Pete Sampras.

At 38, Roger is now the second oldest man to win a Grand Slam title in the Open era. The last 18 months have been incredible for Federer as he added 3 major trophies to his cabinet after going 4 years without a trophy. Post Australian Open, Roger was asked how much longer can he keep at this level and continue playing. He replied – “No idea. Honest, I don’t know. I have no idea.”

To win 3 Grand Slams all over the age of 36 is quite remarkable. One thing is for sure, there will be more records broken by the Swiss Maestro and we all hope his retirement is many years from now.

8 thoughts on “Roger Federer in Records”