The Most Famous Sports Families

A superstar athlete is a rare and hard thing to achieve and perhaps this is why they make obscene amounts of money.  Every so often people from the same family get gifted with similar superhuman genetics and so it’s even rarer to have a family of superstar athletes.  But it does happen and these are the most successful and famous sports families. 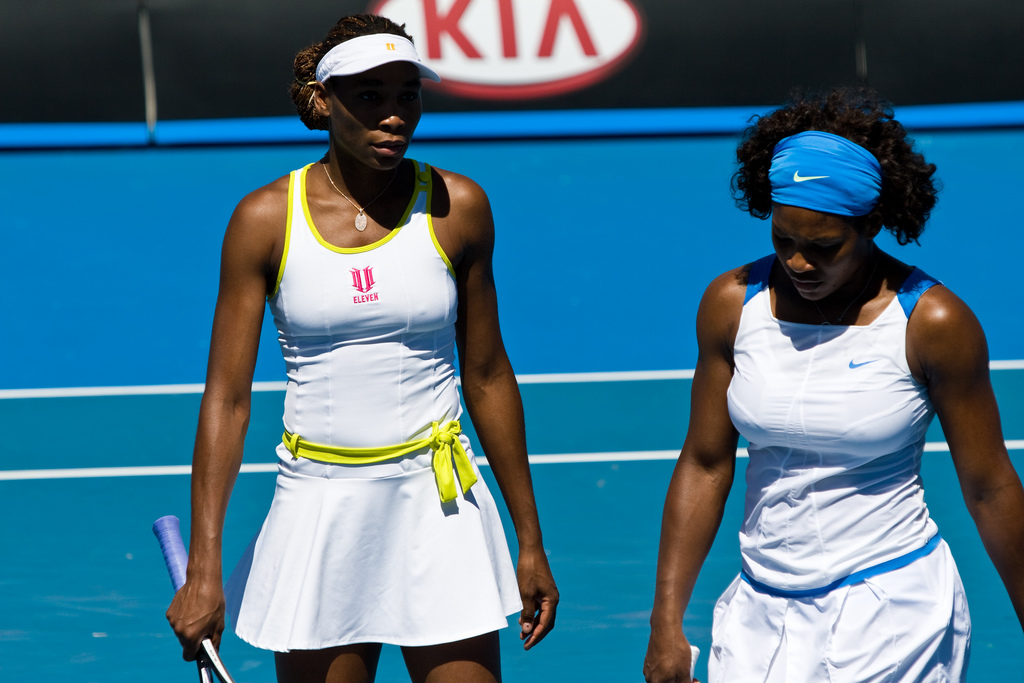 They may be other sisters in sport that we could mention but the Williams sisters are probably the most successful pairing around.  37 year old Serena Williams has won a record breaking 23 Grand Slam titles, she is the greatest female tennis player of all time and one of the most followed female athletes on the planet.  38 year old  Sister Venus has won 7 singles grand slams.  They have both been number one in the world and have also won 14 Grand Slam doubles titles together too.  There may never be another sibling success in sport that can ever rival them, enough said!

Ralf and Michael Schumacher – Formula One

F1 legend Michael has one an incredible 91 formula one races and has won the drivers Championship 7 times.   Ralf has won 6 grand prix and the pair are the only siblings to win Formula One races

The greatest comebacks in sport

Scott, Beauden and Jordie have all been part of the New Zealand rugby union sides. Beauden, a member of the 2015 World Cup-winning All Blacks side, was awarded World Rugby Player of the Year in 2016, 2017 and nominated in 2018. Scott made his senior national debut in 2016 and Jordie has signed with Taranaki for 2017. After suffering a concussion, Kane retired from the sport in 2014.

Another New Zealand family worth nothing are Ardie and Julian “the bus” Savea.  Julian played for the all blacks from 2012-2017  was nominated for World Rugby Player of the Year in 2014 and 2015.  He scored 46 tries for his country, the second-highest try scorer of any All Black.  Ardie has played for NZ since 2016 and is still a regular starter.

The greatest underdog stories in sport

Baseball legends!   Superstar Joe DiMaggio had a 13-year career with the New York Yankees and won nine World Series Championships. He had a 56-game hitting streak—May 15-July 16, 1941—a record that still stands. Dom was a seven time all star for the Red Sox, while Vince played for both the Cincinnati Reds and New York Giants.

As far as NFL quarterbacks go there aren’t too many better decorated than Peyton and Eli Manning. They’ve both won a pair of Super Bowl rings and both have been awarded Super Bowl Most Valuable Player.  Their dad Archie was also a  pretty good quarterback making the Pro-Bowl twice.

Definitely the most famous boxing siblings, both are former multiple time heavyweight boxing champions. Wladimir held onto his belts for nearly 10 years from April 2006 until he was beaten by Tyson Fury. Vitali was equally dominant holding on to his titles for eight years before retirement.  Imagine seeing these two siblings fight.

Another worth mentioning is the greatest ever – Muhammad Ali and his daughter Laila Amaria Ali, she became a boxing legend in her own right.  During her career she held the WBC, WIBA, IWBF and IBA female super middleweight titles, and the IWBF light heavyweight title. Ali retired undefeated in 2007.

These football brothers played for Manchester United under Sir Alex Ferguson. Phil played for Man U and Everton winning six Premier League titles and  played for England 59 times between 1996 and 2007.

Gary Neville spent his entire playing career at Old Trafford, making him a one-club man. At the time of his retirement in 2011, he was Manchester United’s second longest serving player in the squad, behind long-time teammate Ryan Giggs, titles.  He also had 85 appearances for England between 1995 and 2007

There are many basketball siblings we could mention but these two are probably the best known.  Sons of former NBA player Dell Curry, Seth and Stephen play in the NBA. Seth, who currently plays for Dallas Mavericks, is a two-time NBA D-League All-Star, while Stephen is a two-time NBA MVP with the Golden State Warriors.

More to come on this one and if you have some famous sports families you think we should mention, drop us a line at info@pledgesports.org

One thought on “The Most Famous Sports Families”