The 5 Most Successful Female Athletes of All-Time

The 5 Most Successful Female Athletes of All-Time 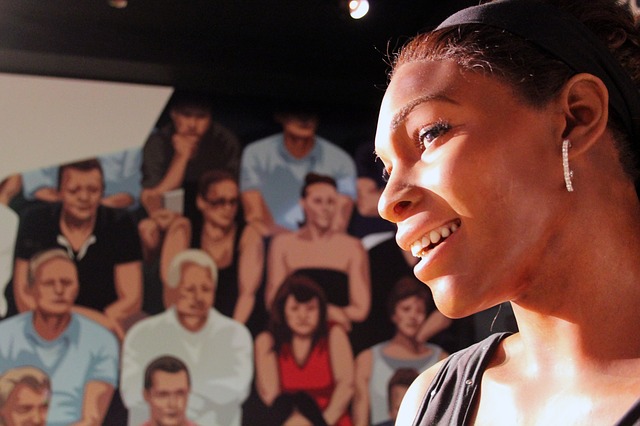 While many sports remain male-dominated, women have continued to make inroads, standing out as some of the best athletes in the world. Sometimes it takes one crystallizing moment for women to burst onto the stage, like the US Women’s World Cup victory that energized a nation. In other instances, the grind towards prominence on the scene of formerly male-dominated sports takes place over time, like these women horse trainers who became some of the top instructors in the competition.

However, the women featured in this list have cemented themselves in the pantheon of athletes. Their individual performances have let them be the premier athletes in their sports. Champions, gold medalists, and international superstars, these women are some of the finest athletes to take the field.

One of the ultimate pioneers in women’s sports, Mia Hamm’s resume is simply unbelievable. She’s won two Olympic gold medals, in 1996 (the first to include women’s soccer as an event) and 2004. Perhaps her most iconic moment involved the 1999 FIFA World Cup win in her home country of the United States, immortalized by Brandi Chastain’s historic goal celebration. However great her team’s accomplishments, Hamm’s individual stats are eye-popping. During the 1999 World Cup, she set the individual international goal record at 158, a mark which would stand until Abby Wambach broke it in 2015. The first woman elected into the World Football Hall of Fame, Hamm broke a glass ceiling. Just as impressive as her legendary on-field performance is her humility and pure love of the game. Her legacy as one of the greatest athletes of all-time is secure.

Tennis has long been one of the sports where women have enjoyed popularity and success. Yet when you begin the discussion of the tennis GOAT, Martina Navratilova is one of the first names that pops in your head. In fact, she has one of the most dominant streaks of any athlete in any sport. From the years of 1982 to 1986, Navratilova played in 442 singles matches. She won 428 of these with an impressive 96.8% win percentage. In the middle of this streak, she also won 109 consecutive doubles matches with partner Pam Shriver. By the time her career was over, Navratilova had won 18 Grand Slams and 41 doubles titles. She had a particular affinity for winning at Wimbledon, nabbing nine titles there, a record which still stands today.

Although not a household name, Jenny Thompson is one of the most decorated Olympians ever, male or female. Hauling in a total of twelve medals (8 golds!) over 4 Olympics, Thompson remains the top female swimmer of all-time. In addition to Olympic glory, she also hauled in multiple NCAA championships and eight world championships. In particular, she was adept at being a part of a team, winning many of her championships and medals as a critical member of relay teams. Her success extends outside of the pool as well. After her Olympic career ended, Thompson earned a medical degree and now works as an anesthesiologist.

Easily considered one of the best female golfers in the world, Annika Sorenstam had a 16-year career dominating the sport. Going professional at the age of 22, Sorenstam joined the LPGA in 1994. From then until her retirement in 2008, she would go on to win eight LPGA Player of the Year awards and the same number of overall money titles. All told, she won 72 LPGA events, tied for 4th overall and the most for any player since the 1970s, making her easily the best player of the era. Across multiple tours, Sorenstam won 90 international events, making her the one of the best female golfers of all time.

Apologies to Martina Navratilova, but it’s not a stretch to say that Serena Williams is the greatest tennis player of all time. In fact, Serena’s period of dominance is so impressive that she may be considered one of the most significant individual competitors ever to play, of any gender, in any sport. Athleticism clearly ran in the family as Serena came up with her sister Venus and the duo took the tennis world by storm. However, over time, Serena came to dominate the competition and rise to the top. Tennis already had its Grand Slam. However, her career saw the creation of the term Serena Slam, meaning she was the defending champion of all four Grand Slam tournaments at the same time. She’s accomplished this feat twice. She’s still active and already has the record for the most Grand Slam victories, at 23, putting her one ahead of Steffi Graf and a whopping five ahead of Navratilova. Simply put, Serena is not just one of the greatest female competitors of all-time, she’s just plain one of the best athletes ever.