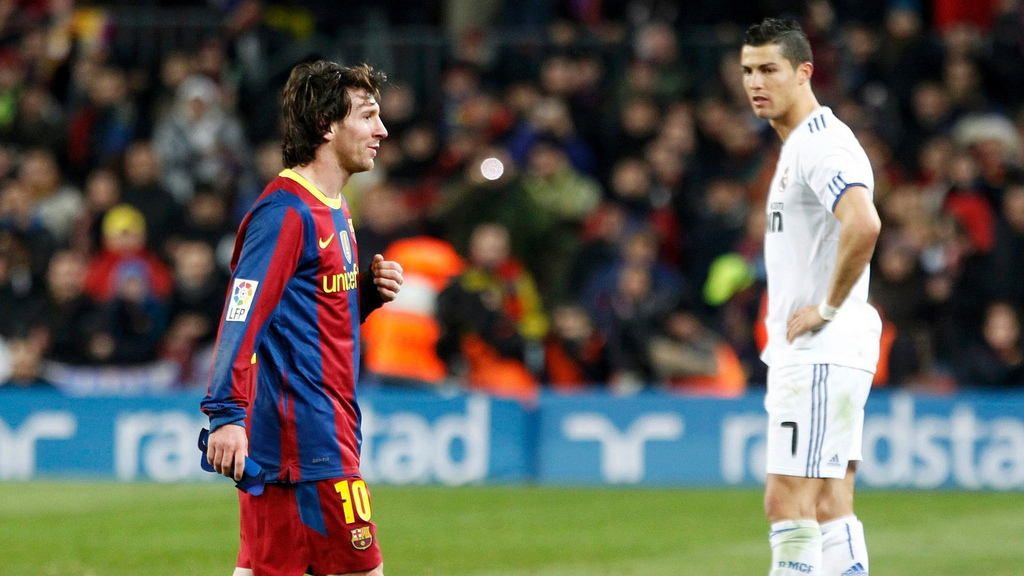 “Who are the best football players of all time?”

Perhaps this topic has caught a lot of attention and controversy amongst football fans. As each game is totally different from one another, the question may remain unanswered.

However, given the set of skills and the number of winning games, some players really stand out from others.

With a huge passion for football along with natural skills, these legendary players have earned lots of achievements that one can only imagine!

Here, we have compiled a list of football talents who have had profound impacts on the football playground.

Let’s find out who they are!

The first name that shows up in our list belongs to no one else but Pele. Everyone, whether they are a football fan or not, has heard of him.

Pele has a legendary talent which allows him to win more games than one can remember. At the age of 17, he has become famous thanks to Brazil’s first World Cup Champion.

It is estimated that during his entire career, Pele has been credited for more than a thousand goal, most of them coming in semi-formal competition.

Pele is indeed a legendary name in the history of football all around the world.

Well, it is impossible to mention football talents without naming David Beckham. He has become a household name for years.

People started to know him as a talented player who has an amazing set of skills and a strong physical appearance. This English man has won a lot of football prizes that many players can only dream of.

However, in recent years, he has also built for himself a reputation as a grade A celebrity given his commercial appeal. If you notice, he has shown up in many brands’ advertisement that features luxury and attractiveness.

The second name in our list belongs to Cristiano Ronaldo. He is widely known for his unstoppable attacks, high speed, and sportsmanship.

One interesting fact you should know about this legendary player is that Ronaldo is the first to win four European scoring titles.

Ronaldo is stepping into his 30s, but there is no sign he is going to slow down in his career. Successes through many prized with Real Madrid and Manchester United help him build a strong reputation amongst fans all over the world.

When it comes to football, it would be a huge mistake if we fail to mention Lionel Messi.

Compared to other football talents all over the world, Messi seems not so outstanding given his physical appearance. However, that does not stop him from becoming one of the best players of all time.

One surprising fact you might not have heard of him is that he used to be diagnosed with a growth hormone deficiency when he was still little.

Luckily, at the age of 13, he moved to Spain and signed a contract with FC Barcelona, who agreed to sponsor for his treatment.

Next up in the list is a French player. Michel Platini has been known for being a phenomenon in French football in particular and all over the world in general.

Not only being the winner of the Ballon d’Or trophy for 3 years in a row but Michel also successfully guided his team to the European Championship in 1984.

For those who may not know, Pele did give him a lot of compliments given his talents and amazing performance.

Diego Maradona is the next big name in the world of football, only after Pele. He was literally unstoppable and untouchable.

If you are a fan of Diego, perhaps you still remember the tournament at the 1986 World Cup. His performance was so dominating and amazing that many fans said that they had never seen such a manner since Pele times.

Diego also used his talents to guide Napoli to two Serie A titles and a UEFA Cup. He is one of the big stars that built up the beauty of football.

However, Maradona’s glamorous career has a pretty shameful end. In the 1994 World Cup, he failed the drug tests which caused a permanent mark against his reputation.

Zinedine Zidane won a huge number of prizes that one can remember. Some of them are the club titles in Spain and Italy, the 1998 World Cup, Euro 2000, FIFA Player of the year and so much more.

Oh, and who can forget the amazing image of him scoring one of the best goals in UEFA Champions League? Zinedine was renowned mostly for his spectacular ball control, flexibility and unstoppable spirit.

Not only being one of the most skillful players of all time, but Johan also has much impact in the history of sports.

Perhaps you have read a quote from Johan saying that having your own style and having people admire you are the greatest gift of all.

Apart from a series of winning games and prizes, Cruyff is primarily remembered thanks to his effort in Barcelona. He guided the Catalan to the League title right after he joined them.

Cruff is indeed a true talent, a legendary football player to be precise, who not only impressed people by his skill and vision, but also by his pioneer spirit in the sport’s history.

Gareth Bale also earned his place in the top list of best football players. Just like Ronaldo, Gareth is loved for his speed, agility and impressive ability. He has earned lots of Cups for the Spanish club.

And that is not all. This Spain talent also got four Champions Leagues titles in just five years.

Until now, Gareth already holds lots of records both nationally and internationally.

The last name coming in our list is Marco van Basten. Very few players achieved as many accomplishments as he did.

That said, his glory ends by the age of 28 given his severe injuries, which has taken his spectacular talents away.

Above are the top 10 best football players that have made football history a lot more interesting and memorable. Although having different backgrounds, all of them have one thing in common: talent.

Not just that, Pele, Ronaldo, Messi, and so many other players have made football a lot more fascinating with their extraordinary effort and exceptional vision.

If those 10 names have already sparked the football spirit inside you, why not click here to see more winning games? Hope you would have a good time!

One thought on “Top 10 Best Football Players of All Time”