The game to watch last week was Wales v Ireland.  Last years Grand Slam winner and World Cup semi finalists, Wales were the favourites coming to Dublin, but playing Ireland at home was never going to be easy.  Ireland scored four tries stand out tries to beat defending champions Wales with a bonus point for desert.  The nimble footed Jordan Lamour  secured his position as full back with one brilliant try, followed up with tries from Tadhg Furlong, Josh van der Flier and Andrew Conway.  Tomos Williams and Justin Tipuric scored the 2 Wales tries.

Scotland V England failed to live up to expectation but mainly because of the horrendous weather on the day.  Storm Ciara made kicking and ball handling very tough and at the end of the first half it was England 3, Scotland  0.  Ellis Genge scored for England in an otherwise try-less game which finished England 13, Scotland 6.

As it stands now Ireland and France are the only teams who haven’t lost a game so the Grand Slam is now between them.  Next up we have: 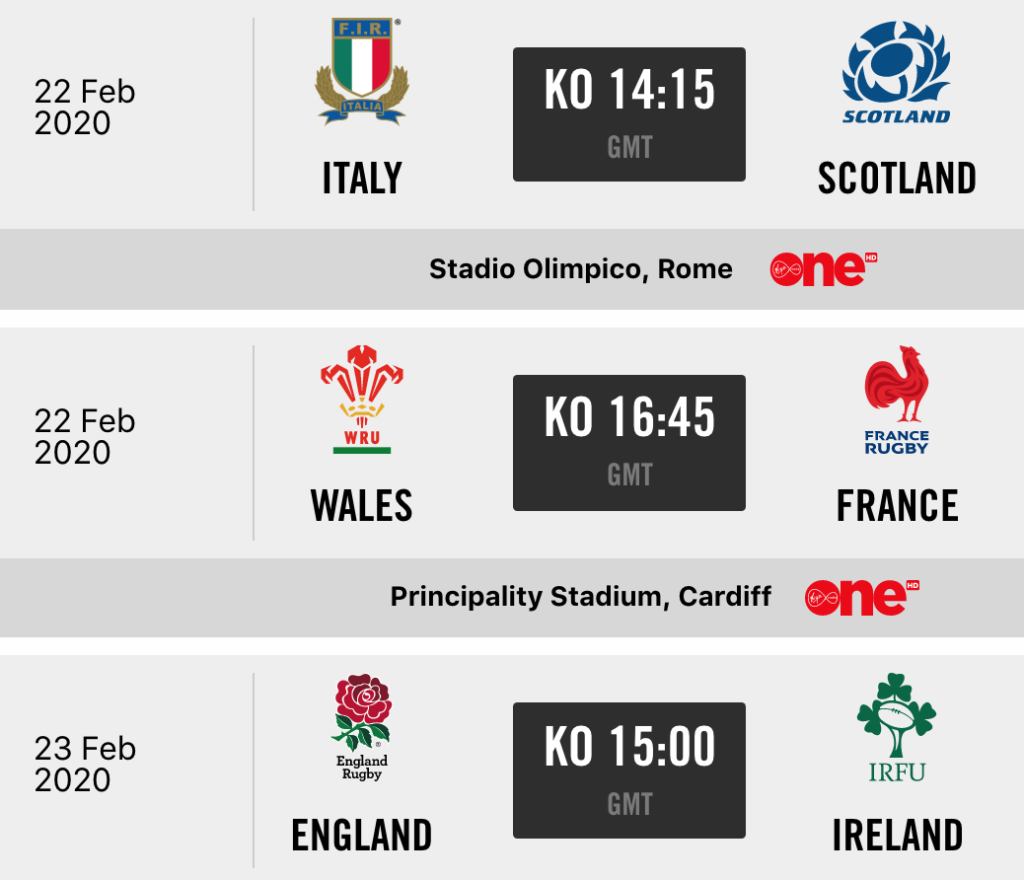 This could be the game of the championships, Ireland V England has always been a big moment in rugby and the Irish have a point to prove after 2 convincing wins by England at last years Six Nations, and their World Cup warm up game last August.  Ireland coach Andy Farrell know he must beat this England side in Twickenham, captained by his own son Owen.  We know that England have one of the fiercest attacking strategies in world rugby, but a weakened pack due to the loss of Maro Itoje and Billy Vinipola will only help Ireland’s famous defence and give them some dominance in the forwards.  This will be the real test to see if the new Ireland coaches decision to stick with the familiar game plan and attack strategy pays off.  Over at the bookies, England are favourites by a decent margin.

Both teams have lost their first 2 games, which is predictable for Italy but not so much Scotland who have had a poor start to this Six Nations.  They have to win this but Italy know that if they are to get one win in this years tournament, this Saturday could be their only chance.

Can Wales stop France’s run for the Grand Slam?  France will miss Vincent Rattez but hope comes from Virimi Vakatawa, Damian Penaud and Camille Chat are all expected to return for the trip to Wales.  The Welsh team are confident that Dan Biggar will recover from a head injury in time for this Saturdays clash.   The book makers have Wales as favourites to win this one.