Here’s a look at some big screen actors and movie stars, who had very successful previous careers as professional athletes.

Dwayne “the Rock ” Johnson came with some serious sports heritage before becoming a movie star.  Most know the Rock as a movie star and WWE superstar, but before all this Johnson was a football star, playing defensive tackle at the University of Miami and won a national championship on the 1991 team.

After college, The Rock signed with the Canadian Football League’s Calgary Stampeders. He played with the practice squad but was later cut, leaving football altogether. He’s now and major movie star becoming one of the richest athletes in the world in the process.

Famed pro wrestler André René Roussimoff, better known as André the Giant, standing at 7’4” and weighing over 500lbs, was literally a giant!  WWE star André was a villain over much of his dominant career in the ring, his sheer size and popularity led to stardom in the WWE which naturally led to roles on the big screen.

Fans know him best for one role in particular, as Fezzik in the smash hit, The Princess Bride,  it was a performance that broadened his appeal. Today, the film is among the most cherished of the 1980s.  He also fought Arnold Schwarzenegger in Conan the Destroyer.

Sadly Roussimoff died in his sleep of congestive heart failure on the night of January 27, 1993, in a Paris hotel room.

Carl Weathers had some classic tough guy roles like Apollo Creed in the Rocky films, and in the action movie Predator.  He alway played a part in Happy Gilmore and more recently in The Mandalorian, part of the Star Wars franchise.

He’d convincingly played a boxer in the Rocky films, but Weathers was a football player in his athlete life.  A standout in college, he went on to play for the Oakland Raiders in 1970 and 1971 as a linebacker. He then played in the Canadian Football League for three seasons. 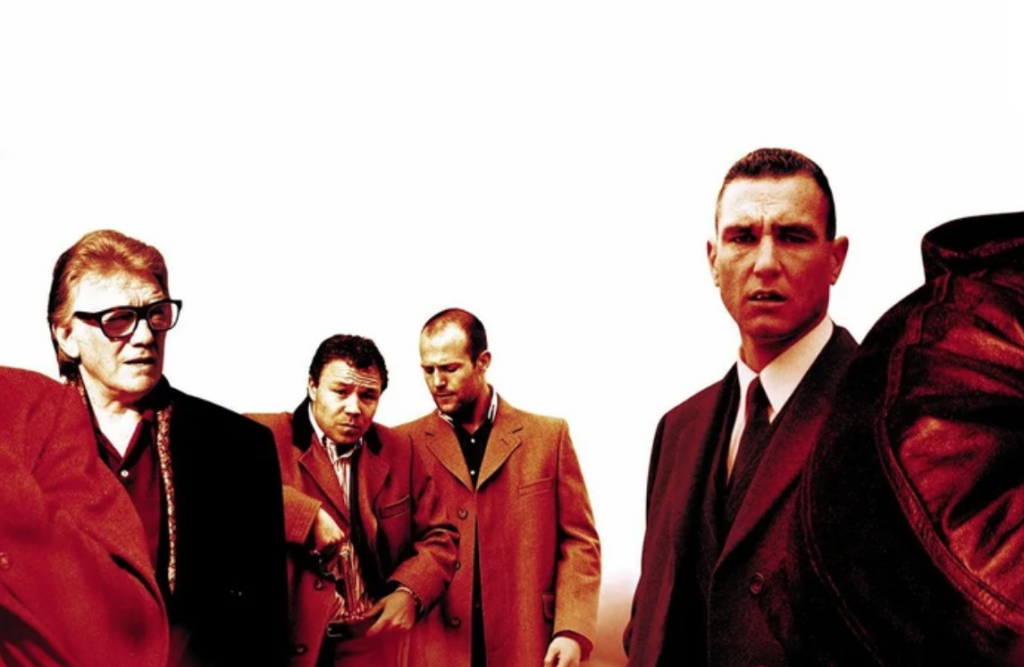 British actor Jason Statham is a staple in early and brilliant Guy Richie movies like Lock Stock and Snatch, he then went became a global star in the Fast & Furious franchise. But his fighting skills and gravely voice are not his original skills.

In his twenties, Statham was a diver!  Yes, he was a longtime member of Britain’s National Swimming Squad. In 1990, he competed in the Commonwealth Games, then at the 1992 World Championships, he placed 12th.

His sporting discipline kept him out of trouble in his youth, he says.

American footballer Brown, is still considered one of the greatest NFL players of all time, winning an NFL championship with the Browns in 1964.  He was a three-time MVP running back of the Cleveland Browns and retired at 29 to follow a career on the big screen.

Brown’s movie career started with westerns where he starred in Rio Conchos followed by the box office smash, The Dirty Dozen and Ice Station Zebra.  He has a seasoned career as a supporting actor in a plethora of movies including The Running man with Arnold Schwarzenegger and B movies such as Mars Attack.

Tough guy Jones was a professional footballer 1984 to 1999, notably for Wimbledon, Leeds United, Sheffield United, Chelsea, Queens Park Rangers and Wales.  He was a defensive midfielder who was especially noted for his very aggressive style of play, earning him a “hard man” image on the field.

After retiring he carried his reputation to film, and like Statham, he’s a regular in the early Guy Richie movies —Lock, Stock and Two Smoking Barrels and Snatch.  Since then he’s become a Hollywood star in movies like Gone in 60 Seconds and X-Men: The Last Stand.

Basketball legend started his career with Orlando Magic before moving to the LA Lakers where they won three consecutive championships in 2000, 2001, and 2002.  His decorations include 1999–2000 MVP award, the 1992–93 NBA Rookie of the Year award, 15 All-Star game selections, three All-Star Game MVP awards, and three Finals MVP awards.

He’s well known for TV commercials but also made some forgettable movies, Shaq starred as a superhero in Steel, and also in Kazaam as well as lot’s of cameo roles in Hollywood.

A very prolific actor, Bautista has featured in Riddick, the James Bond film Spectre, and Blade Runner 2049 as well as many others.  But his role as Draz in Guardians of the Galaxy and Avengers has made in a superstar.

Before the big screen he was a different type of actor!  His athlete career started in wrestling  where he became a 6 time WWE world champion. He holds the record for the longest reign as champion at 282 days.

Bautista is also a the Brazilian jiu-jitsu purple belt and in 2012 won a professional MMA fight!

Some other notable mentions are Mark Haron, Burt Reynolds who were very promising college football players.

One thought on “Athletes who became movie stars”