We look at the all-time greats of the game then discuss some possible future entries.

Is one such great, he is ranked as the greatest baseball player ever and nobody will argue any different, he is in the small elite group of greats that count as uncontested GOAT’s in sport.

The “The Sultan of Swat”, began his MLB career as a star left-handed pitcher for the Boston Red Sox, but achieved his greatest fame as a slugging outfielder for the New York Yankees.

When he joined the majors in 1914, the all-time record for home runs in a season was a measly 27. Within seven years he had more than doubled it with 59, and he eventually produced a personal-high 60 in 1927.

Babe Ruth led the AL in home runs 12 times. He was such a big hitter that his astounding .690 career slugging percentage remains the best of all time, with second place way back in the distance.   He was so dominant in the MLB that he hit smacked 602 long balls in a 9 year period while nobody else hit 300!

In his 15 years with the New York Yankees, Ruth helped the team win seven American League (AL) pennants and four World Series championships.  And this legend was as talked about of the pitch as much as he was on the pitch!

The most successful baseball teams of all time

Baseball hall of famer Mays was center fielder, who spent almost all of his 22-season MLB career playing for the New York/San Francisco Giants, before finishing with the New York Mets.   Nicknamed the “Say Hey Kid”, Mays is often regarded as the game’s most well-rounded player,  and the greatest center fielder ever. 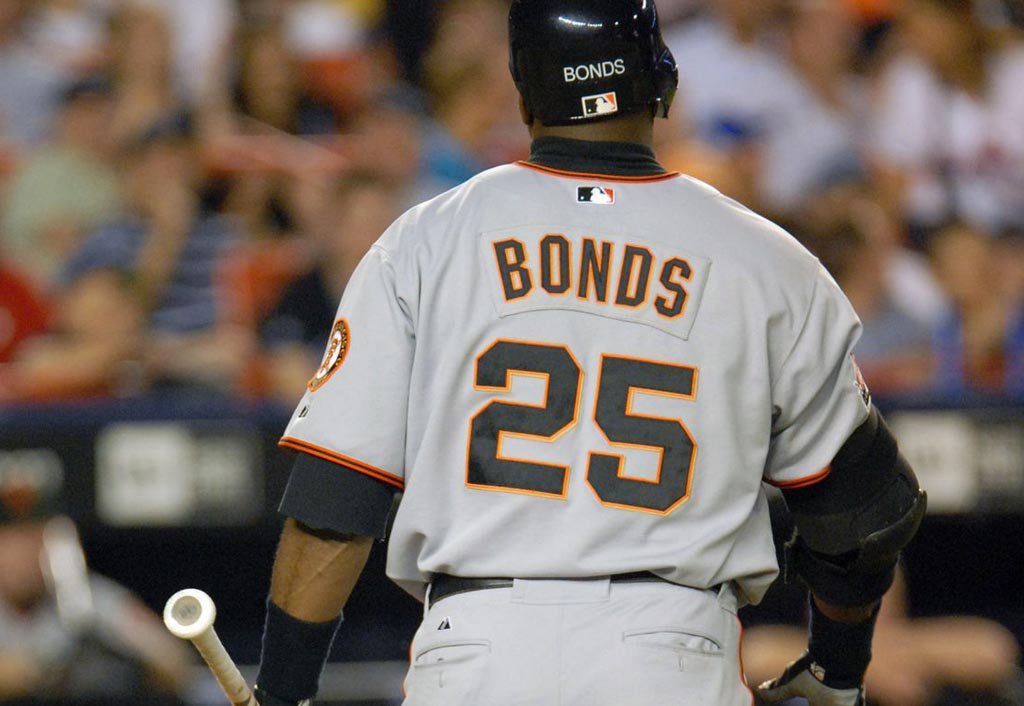 The word steroids clouds Bonds in most conversation but aside from that he is a an MLB legend.  He has achieved an unsurpassed 762 home runs (including a single-season record 73 in 2001), a record seven career MVP awards,  eight Gold Gloves and 688 intentional walks, which is more than double the amount given to the player with the second most of all time and a striking testament to the unparalleled fear Bonds instilled in opposing pitchers.

Bonds played at the Pittsburgh Pirates and San Francisco Giants throughout his MLB career.

The Greatest NFL player of all time

Boston Red Sox legend Ted Williams is often dubbed “the greatest pure hitter who ever lived.” His .482 lifetime on-base percentage is the highest of all time.

He played his entire career at the Red Sox and f it wasn’t for his 3 years service in the US military in World War 2 at the height of his career (DiMaggio did the same), and 2 years during the Korea War, Williams stats would be a lot higher.  In 1941, Williams posted a .406 batting average which is still a Red Sox record.

755 home runs makes Hank Aaron one of the greatest hitters ever. But his skills didn’t stop there, Aaron had a .305 batting average and won three Gold Gloves, finished his career in 1976 with what were then the second most hits (3,771) and runs scored (2,174) in major-league history.

Nicknamed “Hammering Hank”, he played most of his career at the Milwaukee/Atlanta Braves and two seasons for the Milwaukee Brewers.

This pitching legend spent his entire career at the Washington Senators.  Nicknamed “Big Train”, Johnson threw 110 career complete-game shutouts, still the most in major-league history and a record that will never be broken.  The two-time MVP is the only pitcher in major league history to record over 400 wins and strike out over 3,500 batters.

“Stan the Man” one of the greatest and most consistent hitters in baseball history.  Apart from his service in WW2, he spent his entire 22-season career with the St Louis Cardinals,   becoming an icon in the city during and after his MLB career.

In February 2011, President Barack Obama presented Musial with the Presidential Medal of Freedom.

The 10 greatest players in the NHL

Cobb was an unapologetic racist, unrepentant racist who routinely sharpened his spikes to maximise potential injury to opponents, he was the villain of baseball.  Despite his unpopularity, Cobb Still carry’s the game’s best batting average at .366 and he never batted below .316 through 23 seasons.

Cobb broke numerous records at the MLB throughout his career and spent 22 seasons with the Detroit Tigers.  He spent the last six as the team’s player-manager, and finished his career with the Philadelphia Athletics.

All you need to know to enjoy MLB Season

Current right fielder for the LA Dodgers Mookie Betts is another baseball legend.  In 2018, while with the Red Sox, he became the first player in MLB history to win the Most Valuable Player, Silver Slugger, Gold Glove, batting title, and World Series, all in the same season.  Interestingly,  Betts is also a professional tenpin bowler!

Of the current best in the 2021 season, Shohei Ohtani of the Los Angeles Angels is in blistering form and possibly the best baseball player in the world right now.

Washington Nationals Juan Soto, has cemented his status as the best hitter in the game after last season, while Canadian Freddie Freeman and Venezuelan-born Ronald Acuña Jr also deserve a mention.

One thought on “The greatest baseball players of all time”