A history of all star teams 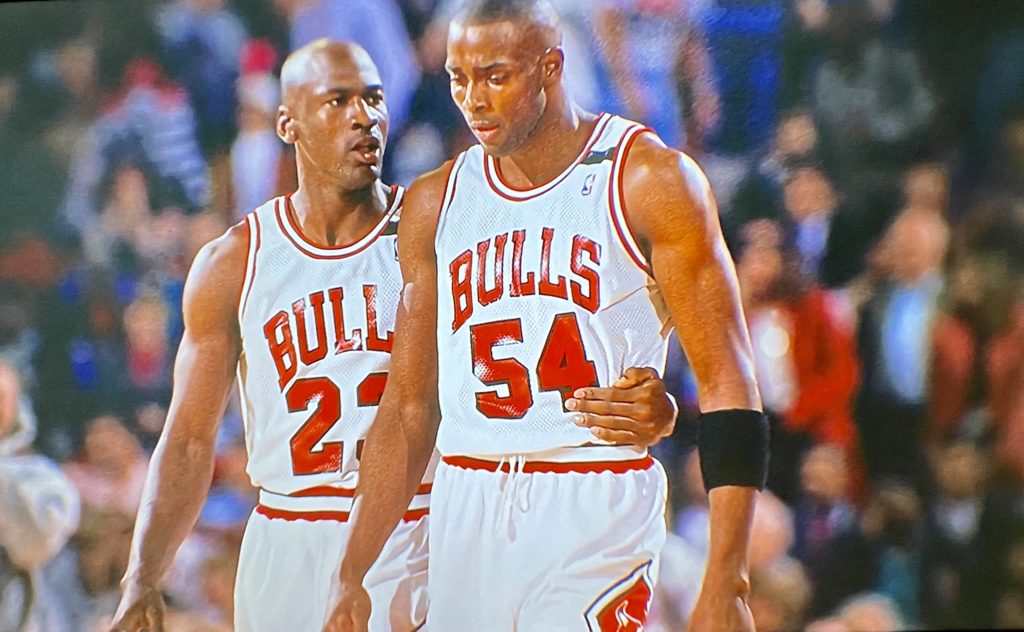 There’s nothing quite like seeing a load of super athletes all on one team, it may not happen that often but when it does, it can raise performances to stratospheric levels and send fans into a frenzy.

Over the years there have been a few sports so see such greatness, some star studded teams have been in football clubs but most have been country or even continent teams.

We’re going to start with possibly the greatest all star team ever!

The 1992 United States men’s Olympic basketball team, was the first American Olympic team to feature active professional players from the NBA.  Even before the team to represent the USA at Olympic basketball in 1992 was selected, Sports Illustrated nicknamed the forthcoming American team as the “Dream Team.”

The first 10 players for Team USA men Basketball would be selected on September 21, 1991 were –  Michael Jordan and Scottie Pippen of the Chicago Bulls, John Stockton and Karl Malone of the Utah Jazz, Magic Johnson of the Los Angeles Lakers, Larry Bird of the Boston Celtics, Patrick Ewing of the New York Knicks, Chris Mullin of the Golden State Warriors, David Robinson of the San Antonio Spurs, and Charles Barkley of the Philadelphia 76ers.

To put it simply these were mostly NBA legends at the time and nearly all were at the peaks of their NBA careers.

The USA team was the first to score more than 100 points in every game.  The final was against Croatia where Team USA took gold with a 117-85 point win.  The 1992 USA basketball team was arguably the most dominant squad ever assembled across all sports and the term ‘Dream Team’ would become immortal.

The most prestigious accolade any test rugby player from these islands can get is a call to wear the famous red jersey. The Lions are a team selected from the best in the United Kingdom and Ireland, who tour every four years, against Australia, New Zealand and South Africa.  Give Ireland, England and Wales dominant position in world rugby this means that every Lions team is a stacked all star team.

It’s impossible to pick a team because every Lions team is filled with rugby legends.

The Ryder Cup is organised by joint venture of PGA of America and Ryder Cup Europe, and held every 2 years.  It features the best in the USA verses the best in Europe, which in simple terms means nearly all the best golfers in the world divided up into 2 different teams, which gives it the status of by far the most star dominated teams on this list.

Similar to the Lions, it’s impossible to pick a team because every team is stacked with the best golfers in the world.

Probably the most mythical team in American sports history, the Yankees won an incredible 110 games in the regular season, led by Babe Ruth’s astounding campaign that included a then-record 60 home runs, 164 RBI and a .356 batting average.

Even with Ruth’s numbers, Lou Gehrig was named AL MVP, contributing 47 home runs, 175 RBI and a .373 batting average. In total, this lineup boasted six Hall-of-Fame players and inspired generations of future players, including the great Earle Combs and Waite Hoyt.

The best team in NBA history saw arguably the best combination of offense and defense in basketball history, with Michael Jordan and Scottie Pippen joining forces with Dennis Rodman.

The 1995-96 star all star Bulls started the season at 41-3, still the best ever through 44 games, and their eventual 87-13 record, including the playoffs, is also the best in NBA history. The Bulls posted an average point differential of +12.2 points per game and became one of only a handful of teams to ever have three players on the NBA All-Defensive first team.

The 1995 start of the season was the second three peat in the NBA.

The greatest NBA players ever

They went on to win three Premier League titles in four years, and made two more Champions League finals, only the other great star studded team at the time, Barcelona stood in their way of more silverware

The world beating Cristiano Ronaldo, who would eventually be prized away from Manchester at a cost of £80 to Real Madrid.

Pep Guardiol- era Barcelona are a side often touted as the best side in footballing history,

The peak of their footballing powers came in a three-year period between 2008 and 2011, winning two Champions League titles in that spell.

The great football players of all time

Got another Dream Team?  Get in touch and let us know.

One thought on “A history of all star teams”