The most controversial tennis players in the mens game

Despite the strict rules and ethic, tennis has produced it’s fair share of rebels through the years.  And despite what critics print about these players they raise the profile of the game and can make for a highly entertaining show!

Here’s our pick of the most controversial tennis players in the mens game. 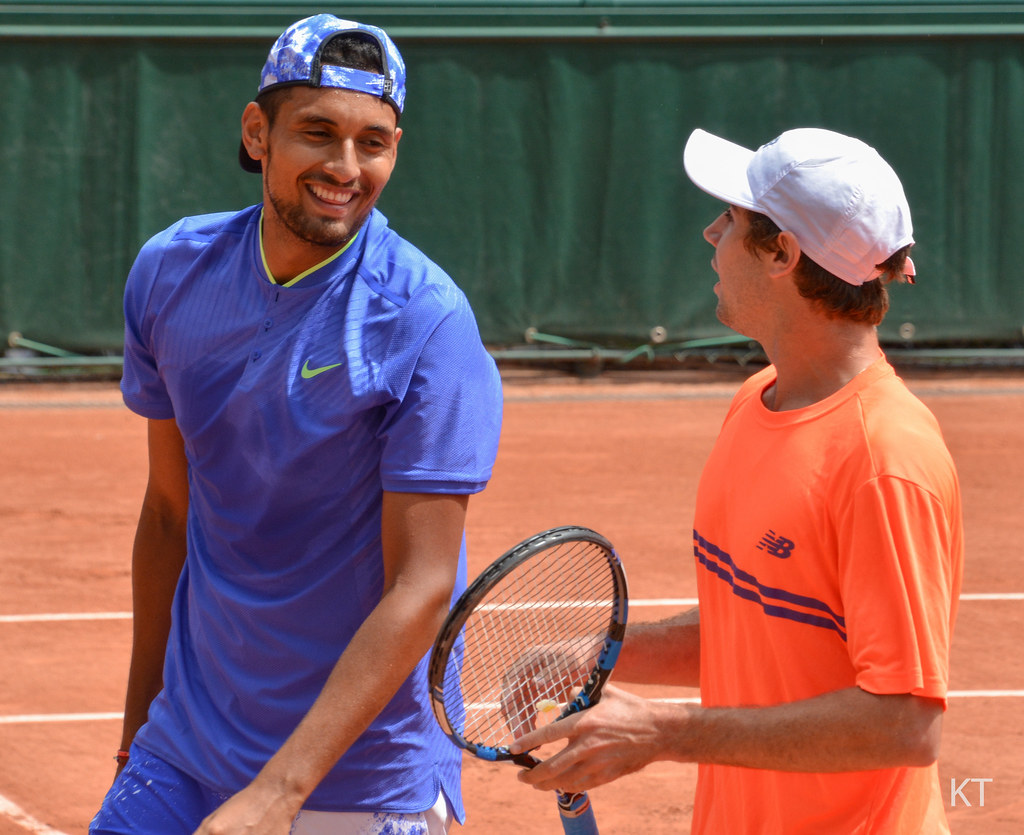 Definitely today’s number one bad boy of tennis.  Kyrgios will regularly test the limits of an umpires patience.  He is without doubts one of the great modern players on the tour, the problem is, he just doesn’t care!  He admitted in 2017 that he had “probably” tanked at eight tournaments during his professional career, because on certain days he’d “rather be doing something else than play tennis”

We could fill this entire article with Kyrgios bad behaviour stories but we’re just going to give you some highlights.

Altercations with the umpire are pretty much standard issue with most matches he’s involved in.  Altercations with spectators and linesmen are not uncommon, he even once threw a chair on the court after swearing at a lines person

At the  Cincinnati Masters in August 2019, five separate incidents of unsportsmanlike conduct earned him a $113,000 fine, then the ATP conducted an investigation into his behaviour, resulting in a 16-week suspended ban.

This is on top of a plethora of other fines for smashing rackets, swearing, shouting obscenities and other unsportsmanlike behaviour over the years.

Fast forward to 2022 and things are no better for the Australian, in June revealed that he’s lost around 800,000 Australian Dollars (£458,000) in fines throughout his career.  With his latest fine for spitting toward fans at Wimbledon, we’re confident his fines will hit the million mark pretty soon!

Quite possibly one of the finest striker of a ball to have ever played the game, greatness was predicted for Agassi long before he entered the professional sphere.  Victory at Wimbledon in 1992 would see him truly announce himself to the world as a 22-year-old Agassi overcame both Boris Becker and John McEnroe on his way to a five-set thriller with Goran Ivanisevic.

However Agassi didn’t fit into the traditional mould of tennis earlier on, and chose not to play at Wimbledon from 1988 through 1990 and publicly stated that he did not wish to play there because of the event’s traditionalism, particularly its “predominantly white” dress code to which players at the event are required to conform.

Turning professional Agassi always dressed to impress with denim sorts and long hair.  His “image is everything” statement caused an earthquake through the tennis community.  His inimitable talent, charisma and fashion style turned him into a show-man who ended up massively popularising tennis in the nineties.

He would also later confess that he started using crystal methamphetamine at during a veery low point in his career in 1997!  After this low period, Agassi made one of the greatest comebacks in sport returning to world number one again

Koellerer has the dubious distinction of being the first tennis player banned from the sport for life for match-fixing after being found guilty of three charges, including attempting to contrive the outcome of an event. After his removal, he issued incendiary comments in which he accused ATP of behaving like mafia. Besides, he also accused Rafael Nadal of consuming doping drugs and David Ferrer of being a heavy smoker.

He also said that match-fixing was something very common in tennis because this was an easy way for a player to get some extra money.

Connors legendary competitive behaviour was always entertaining, regular outbursts against the chair umpire, the public, giving the finger to linesmen after disagreeing with a calls or strutting about the court with the tennis racket handle between his legs.  This created a persona that was both loved and hated by the tennis world.

Connors starred in one of the most exciting rivalries ever in tennis.  His matches against McEnroe in which every single match was an intense battle of egos and regular rage.  Nearly every match became a highly entertaining pantomime – shouting at the umpire and lines people, arguing, trash talk and of course racket smashing.  But don’t let the entertainment value fool you, there was amazing tennis too.

To say that confrontational on-court behaviour frequently landed McEnroe in trouble with umpires and tennis authorities is putting it very mildly!  McEnroe became very famous for his constant outbursts during matches, and these fits of rage against umpires and linesmen would often help his game.

Biggest tennis stadiums in the world

The word’s “You cannot be serious” became synonymous with the Big Mac.  His craziness was his trademark but it often resulted in getting penalty points or even the disqualification because of his abuse to match officials.

Năstase is one of the ten players in history who have won more than 100 ATP professional titles (62 singles and 45 in doubles).  But he wasn’t just prolific in ATP titles, nicknamed “Nasty,” he claimed to have slept with more than two thousand women.

When on court he used to talk with the public, smash rackets, throw balls against the umpires and shout abuse. One of the most controversial moments occurred when he was about to play with the legendary Arthur Ashe in a doubles match, and he entered with his face painted in black, receiving tremendous disapproval from the public.