First crypto currencies and now NFT’s, what next?!  If you are still in doubt about this new digital revolution, you need to wake up and adapt quickly.  The market (which is new) is now worth 100’s of billions and in still in it’s infancy.

NFT’s are the new kid in town and it’s estimated that up to $20 billion will be spent on NFT’s in 2021.  Opensea which is the biggest NFT platform sold over $3 billion worth on NFT’s in August alone. Before we go into the NFT place in the sports industry, let’s find out what an NFT actually is. 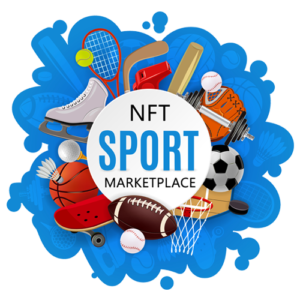 What is an NFT

NFT stands for non-fungible token, which is a digital print / digital asset that represents real-world objects like art, music, in-game items and videos. They are bought and sold online, mostly with cryptocurrency, and they are generally encoded with the same underlying software as many cryptos.  In basic terms an NFT is a virtual painting, digital music albums, or collectible sports memorabilia.

But let’s not confuse NFT’s with cryptos.  An NFT is generally built using the same kind of programming as cryptocurrency, like Bitcoin or Ethereum, but that’s where the similarity ends.

What are Sports NFTs?

While art maybe the biggest market for NFT’s to date, sports are big and growing fast.  Sports NFTs are digital collectibles and trading cards of your favorite players in any sport you can think of.  Athletes and now teams and organisations are rolling out their own digital collectibles.  This means they can further monetise their brand and actually change and remove some of those middlemen and directly serve your own fan base.

How do Sports NFTs Work?

Below are some examples of how NFT’s work in sport:

This has always been a massively valuable and much traded market in physical form. Now all this memorabilia including autographs, pictures, trophies, and awards can also be brought as NFTs.

An NFT card is created on a blockchain, most commonly using Ethereum. Although these cards are less tangible, there remains clear ownership.  While the owner may not have a physical card, their NFT acts like a deed to that card collecting trading cards is a huge way to support your favorites.  Owning trading cards on the blockchain increases their value and makes them more secure.

The most iconic sports pictures of all time

These include jerseys, wristbands, socks, and boots that everyone yearns for. Bringing sports kits on-chain as NFTs secures your right as owner and offers you more value.

Incredible moments happen in every sport and as such, video clips are more important than you think of.  Want to preserve the memory of some epic goal or touchdown slam dunk or you can convert them into NFTs and own them for life.  You can read more about this below in digital collectables.

The NBA have pioneered this market, setting an example of how do the jon properly.  They did this buy launching NBA Top Shot with blockchain company, Dapper Labs.

Top Shot is an online exchange that sells NFTs of NBA highlights, it’s licensed by the NBA. But  Top Shot users “own” the NFT, but the NFT is subject to a licence that allows them to do a small number of things, such as buying, holding and selling the digital highlight in personal, non-commercial settings.

NBA Top Shot essentially provides a marketplace for the fans to purchase and sell highlight video clips of top-class basketball games. These reels are coupled with NBA-licensed digital items. The evolution is happening quickly and as and from August, fans attending the games in-person can able to pre-order NFT moments of plays they saw live!

NBA Top Shot has received around $500 million in sales so far.

Another example is Sorare’s partnership with football.  Sorare is a global fantasy football game where users can acquire the role of managers and buy and sell footballers in their team.  The company has partnerships partnerships with 180 soccer clubs, including FC Barcelona, Bayern Munich, Paris Saint Germain and many national teams.

To date it’s all been fantasy football where participants can not only buy and sell the digital player cards but also build a team and get the reward based on real performance through a soccer fantasy league.

The most popular sports in America

The company has now announced “legend NFT’s, trading cards of legendary football stars.  This will be the companies first move outside fantasy football.

A fan token is a type of cryptocurrency that, when purchased, allows access to a number of exciting club-specific rewards and membership perks.  The tokens are all priced the same and just like cryptocurrencies and NFTs, crypto fan tokens are built on the blockchain.

Fans can buy fan tokens directly from the platform using an associated cryptocurrency, then trade them for certain rights, experiences or advantages when it comes to their favorite club or team.

Using NFTs for event tickets will be an important move and makes sense as a way to standardise and simplify the process of purchasing and redemption.  It also serves as an easy way to cut down on counterfeiting by providing proof of ownership and the legitimacy of the ticket sale or resale.   This gives fans an authentic and convenient way to get sports tickets, along with many exclusive rights.

The sport NFT application in Virtual Real Estate another innovate way to use NFT’s (or milk fans!)  For example, a team can sell a piece unique virtual real estate related to a football team, allowing a fan to own a seat in the virtual stadium.  This will help sports clubs and teams and athletes monetise even further.

As you can read above, NFT’s are giving athletes, sports leagues, teams a whole new way to generate revenue from their loyal fan base.  Whether these fans buy fantasy sports memorabilia, tickets or collectibles it all goes in the pockets of the rights owner and blockchain company.  But the fans then have a tradable currency so hopefully they can make money too.