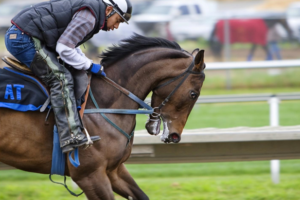 Australian thoroughbred horse racing is one of the most popular sports in the country. A large number of people enjoy the spectator sport while many also like to place bets on horses.

If you have any interest in betting on horse racing, then you may want to know about some of the best Australian racehorses of all time and which horses you should keep an eye out for in more recent races.

Some of the best Australian racehorses have been bred and trained in the country and gone on to set amazing records and win incredible races. Let’s take a look at some horses that have made a name for themselves in the past few years and have won record-breaking prizes.

Winx may have been the best racehorse in Australia and quite possibly the best racehorse of all time. Her sire was Street Cry (IRE), and her dam was Vegas Showgirl (NZ), meaning that she had some excellent thoroughbred genes. She was trained by Chris Waller and held a record of 43: 37-3-0. She has won astounding prize money of $26,451,174.

Known as one of the leading mares in Australian horseracing history, Sunline was a New Zealand-bred thoroughbred sired by Desert Sun (GB) from Songline (NZ).

Trevor McKee and Stephen McKee trained Sunline. She raced 48 times for 32 wins and 12 placings throughout her career, only missing a place four times.

Black Caviar made a name for herself after her performance in the Darley Classic in 2010 and in 2012 when she set records in England at the Royal Ascot. She retired in 3013 after a racing career of five years.

Trained by trainer Robert Heathcote, Buffering was the seventh horse in Australian horse racing history to surpass a prize money amount of $7,000,000 and the first horse bred in Queensland to do so. Buffering retired in 2016.

It’s A Dundeel is a New Zealand thoroughbred racehorse that was sired by High Chaparral (IRE) from Stareel (NZ). Dundeel, as he is known in Australia, has earned prize money of $5,396,905 and holds a record of 19: 10-4-1. Dundeel was trained by Murray Baker when he was in Australia.

Dundeel started his career as a racehorse in 2012 with five consecutive wins in the Spring Champion Stakes. He won the Sydney Triple Crown in 2013 and had a 6.8-meter win in the Rosehill Guineas, for which he is best known. Dundeel retired in 2014 after a victory in the Queen Elizabeth Stakes to become a racehorse stud.

These were the top 5 best Australian racehorses that have had amazing careers and set many records in horse racing. The horses we mentioned are all retired from racing, but that doesn’t mean that there aren’t some incredible horses still in the game. Check out who is racing today and which of these incredible horses you need to keep an eye out for and should be betting on.

Gamble responsibly. Contact the Gambling Helpline for free and confidential support, information and counselling on 1800 858 858 or visit www.gamblinghelponline.org.au.