When it come to the world of horse sports, one can think of many sports.  In fact there are 25 different equine sports and if you include the more minor ones, you could count over 40! In this article we will discuss the most popular horse riding sports.  First lets look at the history of equine sports.

The term “equestrianism” stems from the Latin word, “equus,” meaning horse. A quick look at the history books reveals that the first equestrian sporting contest dates back to 682 BC with a four-horse chariot race during the 25th Olympiad in Greece.

However humans have been riding horse as far back as 3500 BC.  In ancient times, chariot  warfare was followed chariot racing,  after that horses were used as light and heavy cavalry in wars.  But horses have played a hugely important role throughout human history all over the world,  horses have helped human evolve both in warfare but most importantly in industry.  Transportation, trade and agriculture where all greatly improved by the use of hoses. 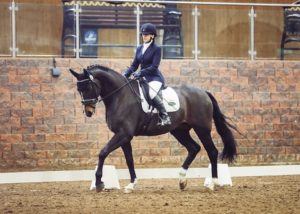 The term equestrian does not include all horse sports.  It’s actually only applicable to 3 disciplines which are dressage, show jumping, and hunter trails.  The term excludes horse racing, rodeos, and polo etc.  Equestrian one of the only true equality sports sports where men directly compete against each other. 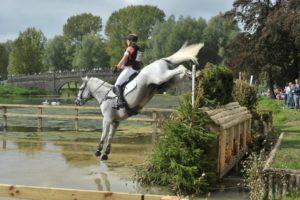 Show jumping is competitive equestrian event in which horse and rider are required to jump, usually within a time limit, a series of obstacles that have been designed for a particular show

Showjumping is the most popular and important event in Olympic and all equestrian competitions in the world.

Dressage is the sequential events displayed by a trained horse in a competitive event with a trained rider.  Dressage is a French term, most commonly translated to mean “training” and is a is a popular event in the Summer Olympics.

Dressage horses receive special training and they can work with minimum signals from riders and horse and rider are expected to perform from memory a series of predetermined movements.   Most of the riders are female participating in Olympics Dressage Riding.

Eventing sometimes known as triathlete or combined training is another hugely popular Olympic Equine sports event.  Eventing is the combination of Dressage, Jumping and Cross-country performed by a single rider and his or her horse.  Interesting all of the 3 main Equestrian sports are some of the rarely sports where men and women compete equally.

Eventing originated in the Military to test their horses for its duty and riders require considerable knowledge of all three disciplines.

The competition is tough one on both the rider and horse and may be run as a one-day event where all three events are completed in one day (dressage, followed by show jumping and then the cross-country phase) or a three-day event which is more commonly now run over four days, with dressage on the first two days, followed by cross-country the next day and then show jumping on the final day. 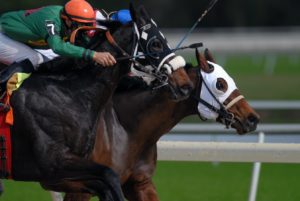 Flat racing is the most popular equine sports globally and is simplest form of horse racing as its without any obstacle.  Flat racing ranges from 5F to 2 miles on a ground covered with green grass or turf which is more popular in the USA.  The racing varies due to age, sex or ability of the horses. The types of flat racing are handicaps, maidens, classics, and group and listed races.

It’s considered the sport of kings and has the biggest prize money between all horse sport as well as by far the most valuable horses.

National Hunt is a massive sport in horse racing in the United Kingdom, France and Republic of Ireland.  Known as jumps, it requires horses to race around a track while jumping fences and ditches.  The sport originated in Ireland in the 18th century. 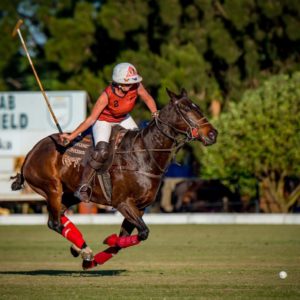 Polo is a horseback ball game one of the world’s oldest known team sports, polo has also been called the sport of kings” and can be traced back to the 6th century field horse sport that was played by nomadic Iranian and Turkic people.

The game is played by two opposing teams with the objective of scoring using a long-handled wooden mallet to hit a small hard ball through the opposing team’s goal posts.  Each team has four mounted riders.   The game is very popular around the world and was an Olympic sport from 1900 to 1936.

While trekking is not a competition sport, it’s the most popular participation equine sport.  Trekking is for anybody who wants to ride a horse, beginner or not.   You are matched with a horse depending on your riding ability and off you go.

Trekking horses or ponies are usually quite placid and should follow the horse at the front, they know when they are going to walk, trot and sometimes canter/gallop. Trekking can be done anywhere from an enclosure to trails.

Hacking is more for people that have some experience and have control of their horse.  The rider can hold the reins correctly and are able to stop and steer.  Most hacking riders will be able to trot and canter/gallop.  Hacking can be done anywhere from fields, beaches, trails etc.

As we noted above there are over to 40 different equine sport disciplines if you include minor sports, the above are the most popular competition and participation sports globally.