Wild Cards in the NHL explained

The National Hockey League is made up of 32 teams—25 in the United States and 7 in Canada, the season starts every October.  In 2022, the last day of the regular season is scheduled for April 29 and the Stanley Cup Playoffs will begin May 2.  This all leads to the championship finale – the Stanley Cup Finals in late June.

Let’s look at how the Wild Card system in hockey works. 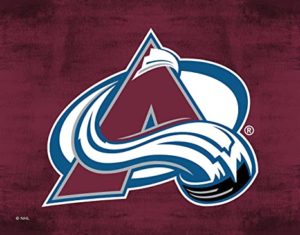 The Stanley Cup playoffs is similar to the other big American sports, it’s an elimination tournament consisting of four rounds of best-of-seven series to determine the league champion and the winner of the Stanley Cup.

The greatest NHL players of all time

What is Wild Card in the NHL

In the 2013-2014 season, the National Hockey League introduced the wildcard format.  The first, second, and third place teams in each division qualify for the playoffs automatically.  There are then two additional teams in each conference who are chosen regardless of divisional alignment, but by having the best record among the remaining teams in their conference – These teams are referred to as the Wild Cards.

So a Wild Card team by definition is a team that makes the playoffs by its record in total points, having failed to qualify from it’s within its division.

In the First Round of the playoffs, the division champions play the Wild Cards, while the second and third placed teams in each division play each other.

The playoffs for the much-coveted Stanley Cup consist of four rounds of best-of-seven series. Each series is played in a 2–2–1–1–1 format, meaning the team with home-ice advantage hosts games one, two, five, and seven, while their opponent hosts games three, four, and six. Games five, six, and seven are only played if needed.

Pre 2013 the division winners qualified, then the rest of the teams to qualify were wild card teams – six per conference through 1997–98, then five when they switched to three divisions the following year.

So the teams that were technically wild card teams that won the cup were the 2000 New Jersey Devils, the 2009 Pittsburgh Penguins won as a technical wild card, and 2012 L.A. Kings won with the 8th seed.

Wild Cards that made it to the Stanley Cup Finals

Under the modern 2013 Wild Card system, no wild card team has won the Stanley Cup.  It the only North American sport where this has never happened.  The below wildcards made it to the finals but lost.

In the 2017 beat the Nashville Predators beat Anaheim Ducks 4-2 in the Western Conference final.  This set up the Predators first finals appearance in their franchise’s 19-year history.  They went on to lose 4-2 in the Finals to Pittsburgh Penguins who made their sixth Stanley Cup Final and their second consecutive appearance.

This was an exceptional year in the playoffs – for the first time in NHL history, all division winners were eliminated in the first round as all the wild-cards advanced to the second round.  But alas none of the 4 wildcards, the Carolina Hurricanes, Columbus Blue Jackets, Dallas Star or the Colorado Avalanche made it to the finals.

It was the St Louis Blues V’s Boston Bruins in the final, the blues won the series 4-3.

The most successful NHL teams

Teams that have never won a Stanley Cup

The greatest team rivalries in US sport