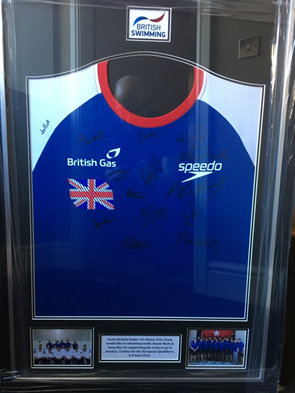 The current goal for the U17 Water Polo team is to reach, and place in the top 8 of the European Championships in 2017….(their personal goal is 1st!!!)

As the GB 2000 age group is tipped to be the most successful age group of all times, within British Female Water Polo,  it was decided to enter them into the  European Nations Cup, Prague, 2015. This was an opportunity for the Under 17’s to represent their country in Europe in an Under 19’s tournament.

They exceeded all expectations and finished 5th out of 11 nations.

Since then, the Squad has continued to exceed expectations in Europe on 2 out of 2 International Tournaments, winning the  ESCAD Cup – Slovakia (June 2016) and winning the EXILES Cup – Malta (October 2016) as you can see from our cover photo!

The squad regularly attends Training Camps throughout England as well as intense European training camps.  This is an opportunity to get the whole squad together for essential training.

All travel, kit and accommodation is totally self-funded due to the lack of national funding.

These athletes  train up to  6 evenings a week for a total of 13 hours, and still manages to maintain their focus on School work!

£2000 Framed signed costume and cap with logo in frame

0 out of 2 taken.
Support Choose your own payment

One thought on “Great Britain Ladies U17 Water Polo”