ATHLETE OF THE WEEK – JEMIMA DUXBERRY! 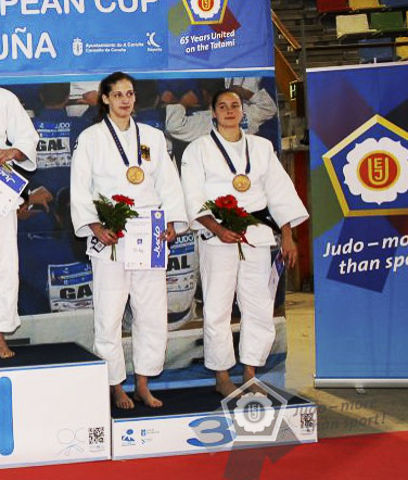 At PledgeSports we want to celebrate our athlete’s achievements. They dedicate their lives to training and competition and we want to showcase that, so we bring you “Athlete of the Week”! Each week, we will be catching up with one of our amazing athletes to give you an insight into a life dedicated to sport.

Jemima Duxberry is first up. Our Judo superstar won a bronze medal in the European Cup in Spain over the weekend. Jemima receives no sport grants or sponsorship. She joined the PledgeSports team to fulfil her dream of winning Junior World Championships at the end of this year. Here’s what she had to tell us about her career so far:

“I got into judo when I was 5 at school after annoying my dad long enough for him to let me go along as my older brother and sister also did judo at school! Ever since then I have loved it, all the training and competitions it really is just my thing! By the time I was 10 I was doing 4 sessions a week. At the age of 11 I won my first British Championships and got onto the England Squad. I went on my first foreign tournament and that is when I realised I really want to go far in this.

Being an Olympic Champion has been the goal for as long as I can remember. When I was 16 I started to train full time at Bath University with the coach Juergen Klinger. I train 6 days a week for around 30 hours covering my technique, weights, cardio and sparring sessions. My favourite fighting is standing where you can practise all your big throws and have a good fight with someone. My least favourite is probably groundwork just as this is my weaker area.

This year I am looking to go to the Junior European Championships and World Championships and to get there I need at least 4 European Cup medals. So far I am on 3 but self funding events is difficult as I don’t get any funding! At the moment I am ranked 3rd in the World but I need to self fund to at least another 4 Europeans Cups this year which I am struggling to find money for. I have recently fought in Spain in a European Cup and won Bronze and I am competing next Saturday in Austria followed by a training camp.

In the following weeks I am self funding to a European Cup in Poland competing and doing the training camp then flying over to the Czech Republic to compete in another European Cup. It’s a very busy time but I am excited and with my recent medals I’m looking forward to getting stuck in with these other European Cups”.