Athlete of the Week: Sam Cairns

FEATURED athlete of this week is Scottish Biathlete Sam Cairns.

Sam Cairns is leading the way for biathlon – a sport that is mostly unknown in the UK but massively popular in Scandinavia – in Britain, having represented Team GB in the European Youth Olympics last year. Biathlon is an endurance sport that combines cross-country skiing and rifle shooting.

We asked Cairns about how he got into biathlon, what a day of training looks like and what drives him to pursue this Winter Olympics sport. 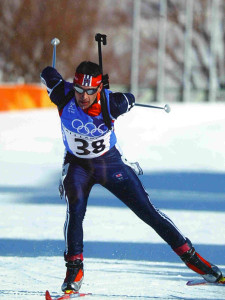 “I got into Biathlon thanks to my best friends’ Dad, Mike Dixon (pictured right), who has represented Team GB at six Winter Olympics and is also my coach.

“Mike fired a passion in me for biathlon and I’ve been training as hard as I can ever since.”

“An average training day for me would include an intervals session in the morning on my roller skis, followed by rest, followed by a long distance ski, cycle or run.

“I then usually finish off the day with some core strength as it this part of the body plays a vital role in cross country skiing – plus target shooting, as this forms a crucial element of biathlon.”

“I enjoy the feeling of working hard the most, and am very determined to succeed – when I am out training I picture myself in different race situations and am very professional and specific in relation to my training.”

“My career highlight has to be representing Team GB at the European Youth Winter Olympic Festival in Romania, where I was the first British competitor in both races.” 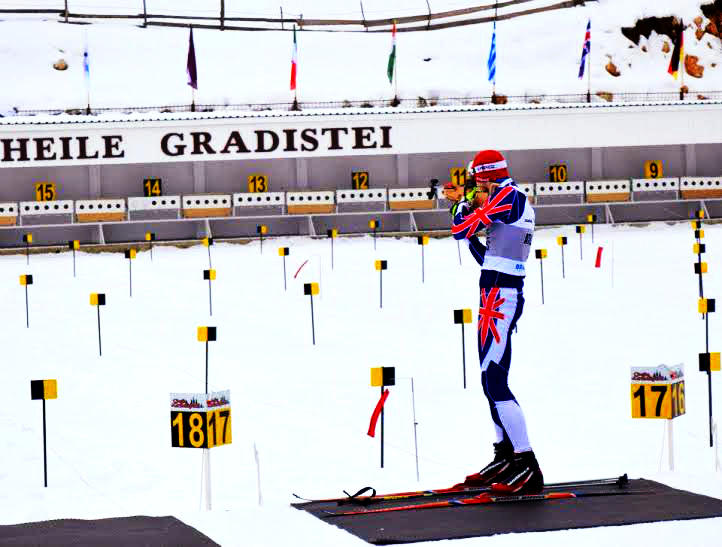 Sam Cairn’s goal is to compete at the IBU Junior World Biathlon Championships in Belarus in February of next year. He receives no government funding for biathlon, but has shown how determined he is make it. He is most definitely a future Winter Olympic prospect for Team GB.

“I’ve given up my job to train full-time with a short-term aim of competing in the IBU Junior Biathlon World Championships in Belarus in February ’15. I will then have my sights on the Team GB Senior Squad and ultimately, a place on the Olympic team.”

“Last year I initiated a sponsored roller-ski over 100 miles climbing the equivalent of Mt.Everest in a 30-hour non-stop challenge to raise funds for my winter season. After the pain involved however, I can’t be doing that every few months!”

One thought on “Athlete of the Week: Sam Cairns”