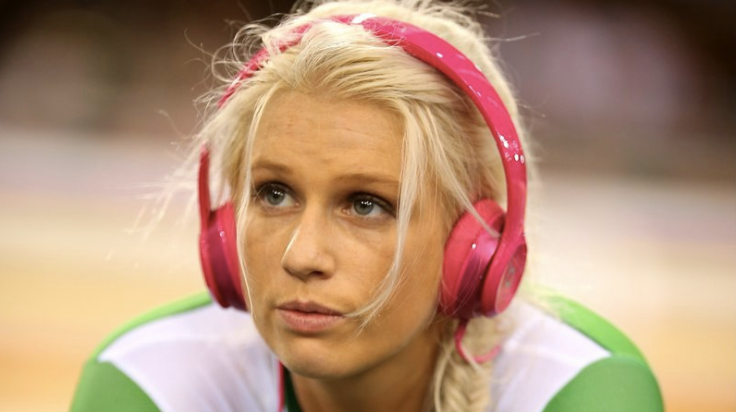 SHANNON McCURLEY is an Australian-born Irish woman with a need for speed and an insatiable appetite for competition. She’s joined PledgeSports.org to fund her continued preparations for the Rio 2016 Olympics, after unexpectedly becoming the first ever Irish female track cyclist to qualify for a Games.

People in this hemisphere don’t know a lot about McCurley, so we’ve had a chat with the sprinting powerhouse and compiled these five must-know points to get you up to speed before supporting her in the Olympic velodrome this August.

Born in Melbourne, Australia to a Dublin mother and Belfast father, Shannon McCurley was inspired by her grandfather to declare for Ireland as a track cyclist, but the first time she raced in the green jersey, she’d never even seen the country.

She came to Ireland for the first time in 2012 on her way to the World Under-23s in Portugal, which ended with a third place behind double London 2012 Gold Medallist Laura Trott.

She’s now a regular visitor and told RTE: “It’s hard to stay in shape in Ireland though, everyone’s trying to feed me up – the chipper, batch loaf, mmmm…”

Self-branded as “a bit of a head case”, Shannon’s athletic career is chockablock with accidents and injuries. Oddly, this is how she has been moulded into an Olympic athlete.

She began as a runner, but a knee injury cut that career short and doctors advised her to take up cycling as therapy. After briefly flirting with triathlon, she began road racing and moved to the track after excelling in sprints.

Then an accident punctured one of her quad muscles in her thigh and she was forever ruled out of races that required explosive starts. Enter the Keirin: a sprint race with an in-built warm-up. And a Rio 2016 contender was born.

3. Pinked up and fished out

We’ve gotten used to see British World Champion Lizzie Armitstead’s luscious long plait in road races, and her team mate Laura Trott’s equally as long plaited pig-tails in the velodrome, but what is going on with Shannon’s hair?

Well, that’s a fancy smancy fishtail plait. Team mate Josie Knight has been styling it up for the last two years for McCurley and – as she’s not going to be in Rio – the rider has already started training up masseuse Stacey Kelly to take over.

McCurley will also be continuing to accessorise her green Ireland gear with pink, including her famous pink headphones. Green is her pride, but pink is her soul!

McCurley was actually aiming for Tokyo 2020. And she’s not sure at what point she realised Rio 2016 was in reach either, as her crash-littered qualifying period didn’t exactly go to plan.

However, she got the job done, improving all year and climbing the rankings for Ireland, while gaining the crucial points necessary for Rio 2016 qualification. She now approaches the Olympic Games hoping to make the semi-final stage of her event while know for sure that her best is still to come at Tokyo 2020. Standby.

We’ve already touched on the accidents and injuries that have shaped McCurley’s career, but there are others that she has battled through in the most wince-inducing fashion to defy.

This year alone she has raced with a broken coccyx (“that was the worst pain I have ever experienced”) and finished fourth at the World Championships three weeks after getting her appendix out – she still had the stitches in!

It’s that determination and focus that gave her the consistency on the big stage that Ireland needed in order to qualify a Keirin place at the Rio 2016 Olympic Games. Chapeau, ye hardy buck Shannon!