On the 16th of February 2017, Aleks Kashefi went where no man ever has before and completed an unsupported ultra run through the entire length of Europe. Over the course of 196 days, Aleks (or Barefoot as we’ve come to know him) ran 6189km from Nordkap in Norway’s most northerly point, to Tarifa in Spain, a mere 6 miles from Africa and the point where the Mediterranean Sea meets the Atlantic Ocean.

Aleks was our 1st Ultra Runner on PledgeSports and his crowdfunding campaign raised a whopping £4,448 – see for yourself!

Watching Aleks progress through this incredible challenge over the past few months has been an adventure in itself. He provided massive entertainment along the way with his hilarious updates, pictures, and famous operatic landscapes!

Aleks navigated winter weather, Spanish snowfall, and a lot of rural Europe’s rivers and mountains. He carried the bare minimum in terms of belongings, with a sleeping bag, waterproofs and a pair of running sandals among the few things he had to his name.

To celebrate his historical achievement we caught up with the great man himself and got an insight into his experience of running Europe from north to south. Enjoy! (Questions in red) 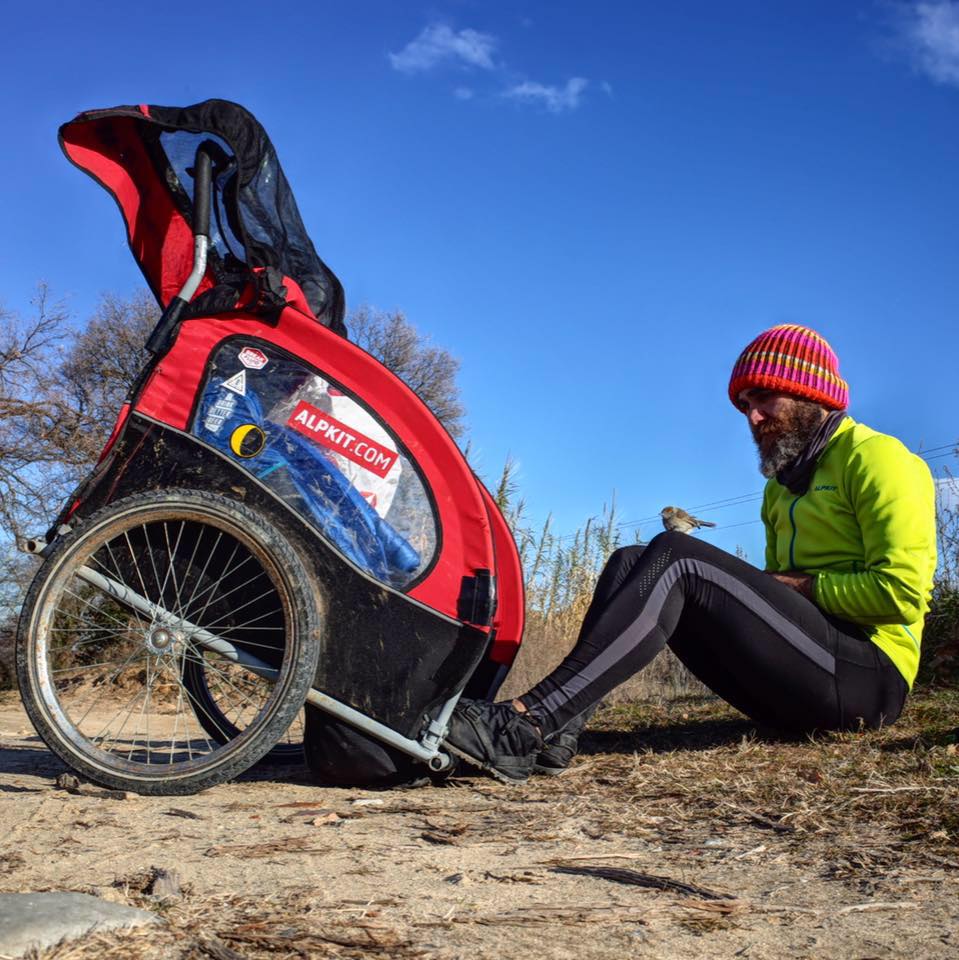 You have undergone a seriously extreme challenge which must have been ultra-demanding on the body. What effect did it have physically?

The body just got stronger at what it was doing.  far less food needed to run the distances, I’d finish days early when the navigation was straightforward. I gained around 2-3kg of body weight and I’m a bit intrigue what effect it’s had on my normal running.

What did it feel like when you reached Tarifa?

Bit odd because I had to wait an extra day to get access to Punta de Tarifa. Being on the last piece of European land, standing where two continents and two oceans meet was a bit odd. I didn’t really feel like I’d done anything really. Definitely had a sense of joyous melancholy since it was all done.

You have been on the road for 196 days. How did you conquer loneliness? 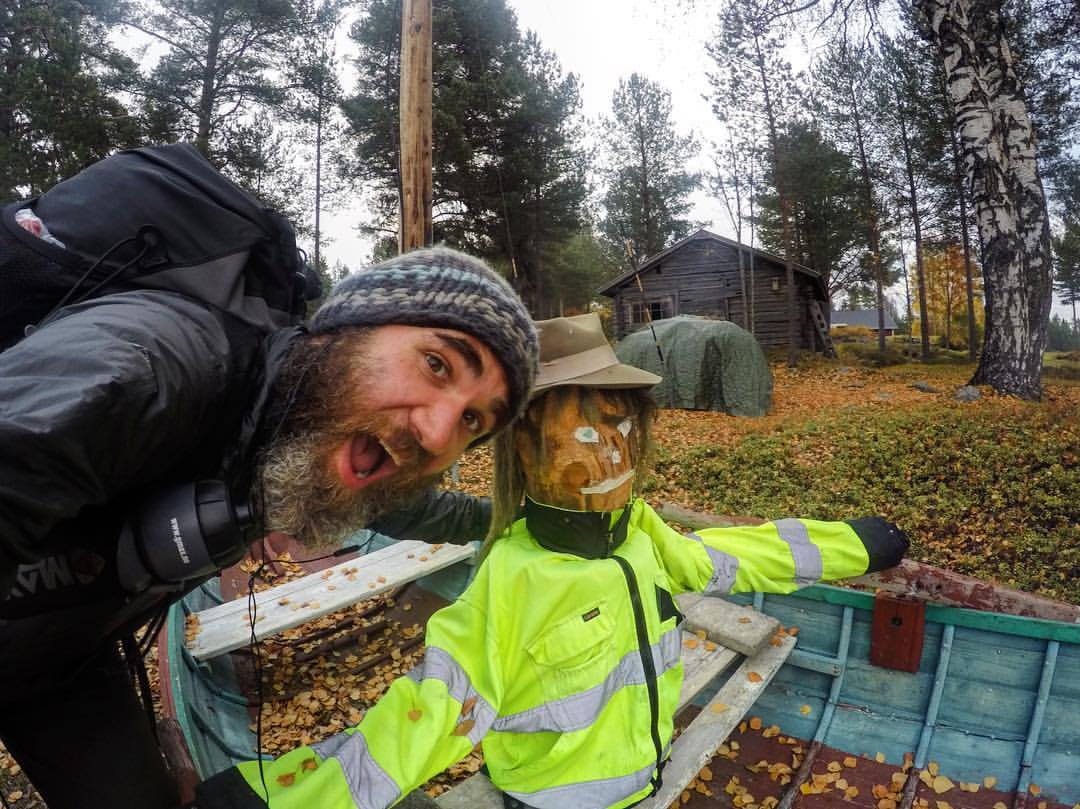 Loneliness is a product of need. If I didn’t need anything, was as self-sufficient as I could and generally knew where to find food, water etc.,

I didn’t feel lonely. You have little time to acknowledge it really if you’re focusing on getting from A-B each day on completely new terrain and routes you’ve never seen before.

Has it made you stronger and more resilient mentally?

Absolutely. I’ve been through quite a bit of mental fatigue and if I wasn’t learning along the way, I shouldn’t really have been doing it in the first place.

How will you fill the void after achieving something amazing like this?

You use it as a step to other things. I had some ideas on more projects before going and this in a way made those ideas more real.

You have run over 6,189 km through Europe!  What was your favourite place run through? 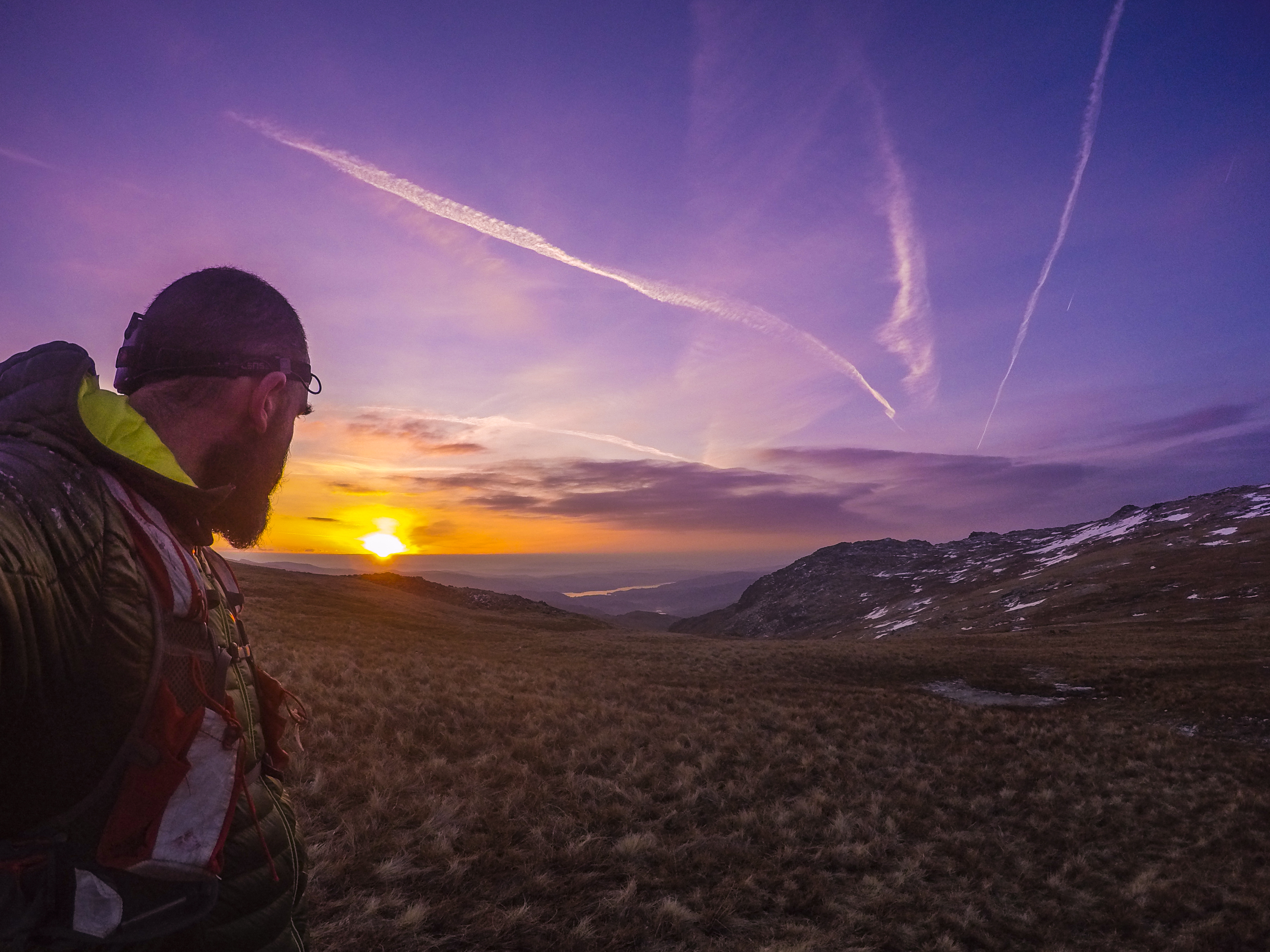 Mountains. Doesn’t matter where. The landscape of Europe is like extended or taller versions of the UK. I did have a couple of nights in the village of Moclin thanks to Ultra Trail Spain.

All were as hospitable as each other really. Can’t say one was better than another. It was only France that I didn’t really meet more than one person, and that was my friend from Runnexplorer who came to do some filming on Christmas Eve.

Where were some of the strangest places you slept?

Disable toilet, under a footbridge, abandoned hotel, abandoned factory office. The thing is they didn’t seem strange cos they were necessary.

What were your biggest cravings while running? 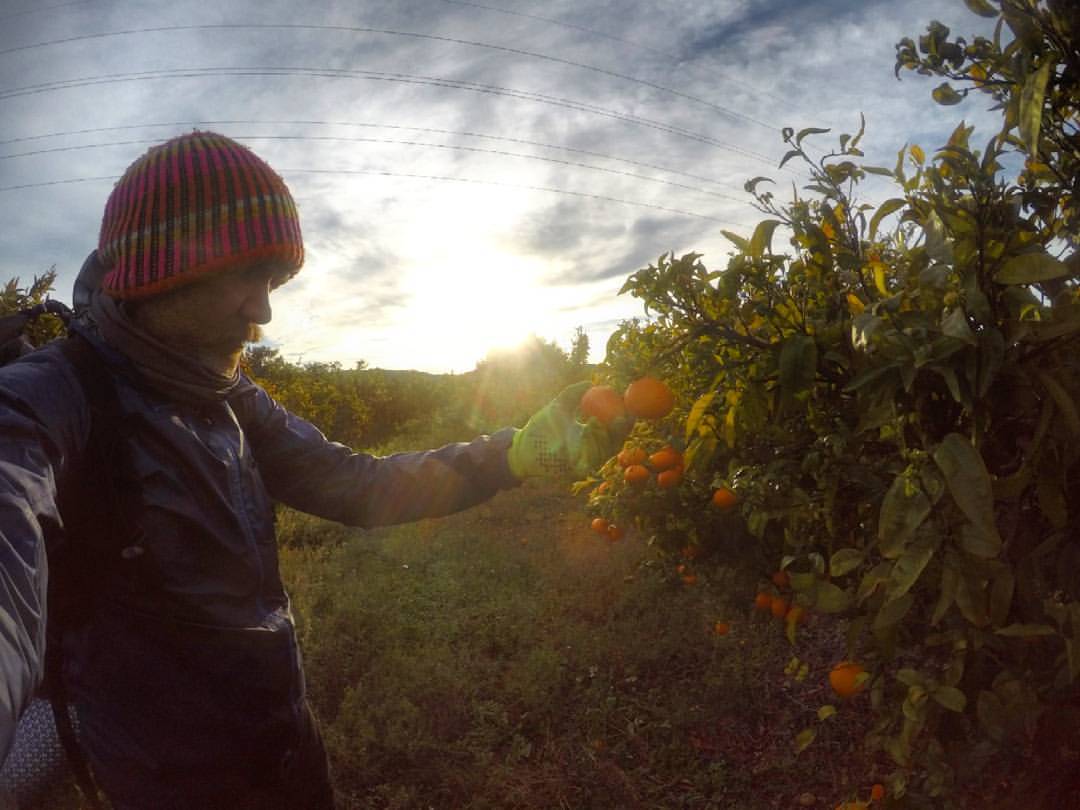 Water in Spain. So much so that I drank from lots of half empty bottles that I found on road or trail sides.

When you were in the middle of nowhere and felt hungry, what kind of stuff did you eat?

Berries. Wasn’t much else I could eat. I always had some coconut oil or salami or pork scratchers (once I reached Spain and it was available).

What was the strangest thought you had while running?

I have no idea! Anything that was relevant to what I was doing was normally forgotten a few minutes later.

What’s your next challenge?

Will you ever consider a career in opera? 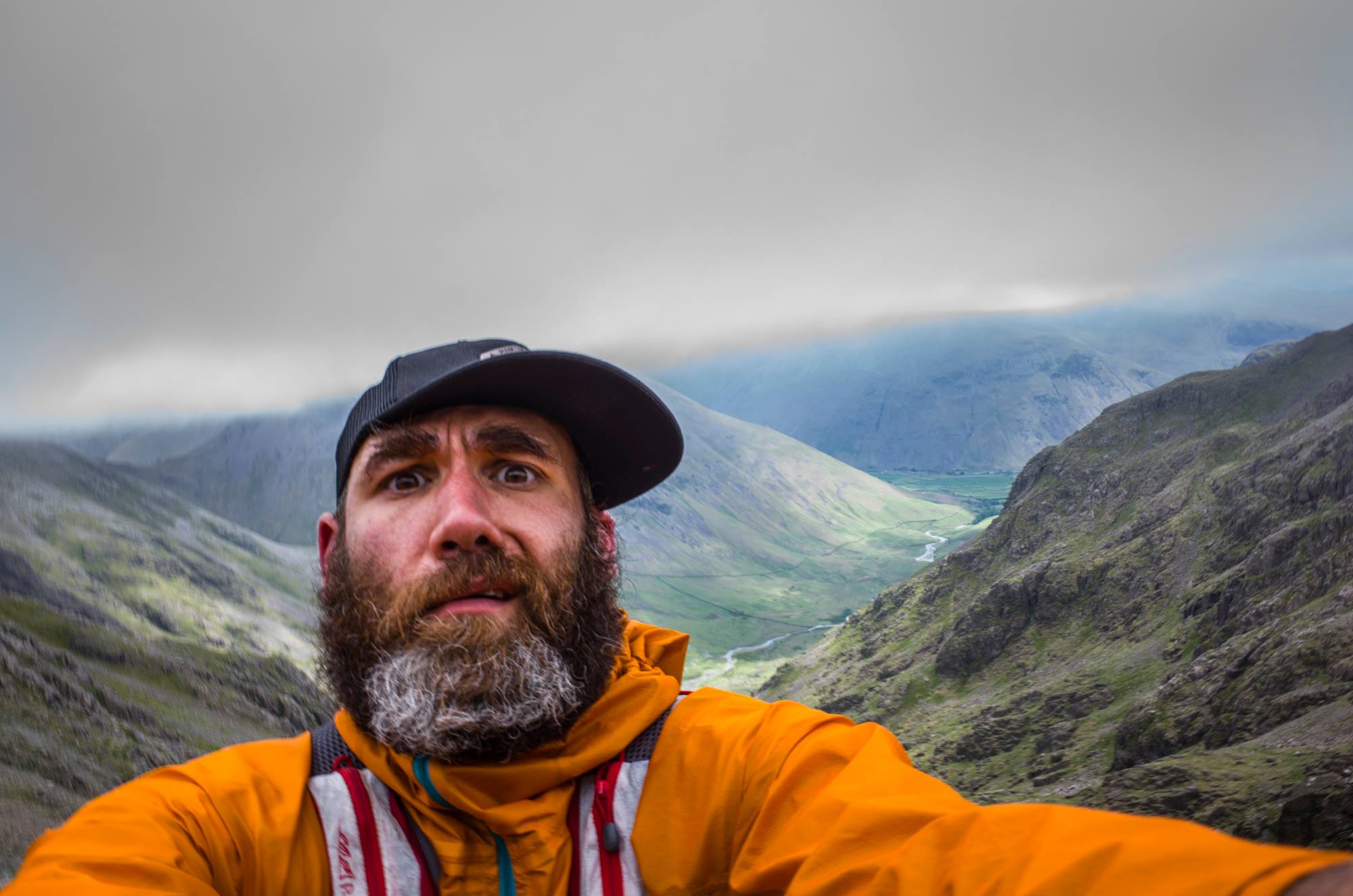 Has anyone commented on your outrageous sandal tan lines?!

(Laughs) Nope, but they did say “you’re seriously brown”.

Finally, anything you’d do differently looking back on the last few months?

No. I’ve learned so much and I’ve finished without any major injuries or health problems so there’s no need to even think about that sort of thing.

Are you or someone you know raising money for an Ultra Run, Cycle, Swim or expedition?  We’ve helped many athletes like Aleks raise money and we’d love to help others do the same.

Get in touch with us via info@pledgesports.org or visit our site and hit “Create A Campaign” to start today.