All major sports around the world have got massive cash injections largely thanks to lucrative domestic and oversees TV deals. We are seeing more and more sports being made available to us through subscription based platforms and more and more companies are not afraid to spend big to secure their own TV right broadcasting rights. 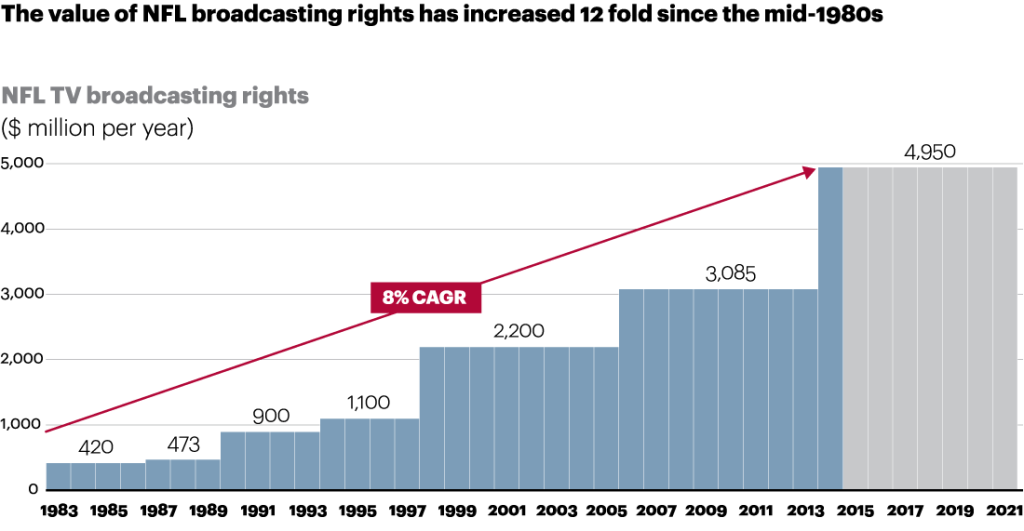 The NFL is the most lucrative sport when it comes to TV right possession. The NFL signed a new 9 year deal from 2014 to 2022 with four US networks CBS, Fox, NBC and ESPN which works at $4.5 billion a year in combined payments from four networks. A quite remarkable amount of money for one sport.

The Premier League might seem light years behind the two American Sports but it has severely increased it’s overall spend in recent years to secure rights. The £5.1 billion ($7bn) Premier League’s new 3 year domestic deal with Sky & BT will run from 2016 to 2019. Sky will pay total of £4.2bn and BT £960m. This averages out to £1.8 billion a year. Some crazy money and it is one of the biggest TV Rights deals in footballing history.  This deal was renewed on the 13th February 2018 and dropped to £4.46 billion.

MLB (Major League Baseball) signed 9 year deal fron 2014 to 2022 with three US networks Fox, TBS and ESPN. £1.3 billion a year in the combine payments from three networks. With it only being the third most popular sport in the US behind NFL and NBA the baseball game is still truely alive and this deals ensures that the game can continue to grow not only in the United States but further afield. 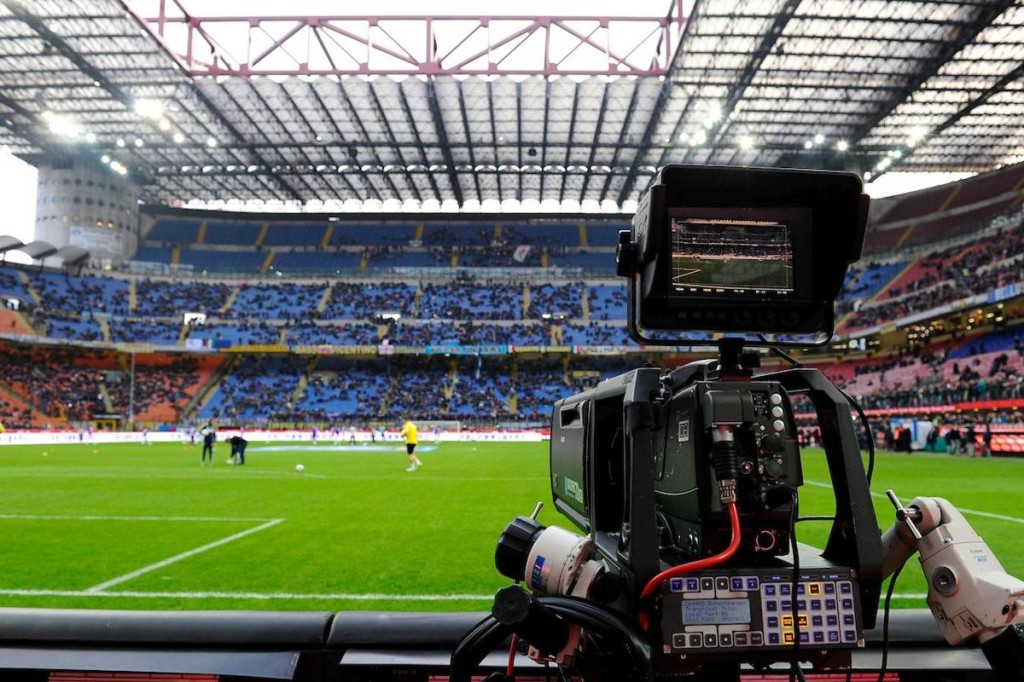 The Serie A in Italy signed a new 3 year domestic tv deal with Sky Italia & Media pro (2015 to 2018) which works out to €943 million per year. The broadcasting deal is one of the biggest in footballing history other than the English Premier League and the Bundesliga.  A new deal was signed in 2019 reportedly worth €1.3 bn per season.

The La Liga in Spain agreed on a deal of €2.65 billion. It is a 3 year domestic TV rights deal with Movistar and Mediapro sharing rights. The deal works out to be valued at €883 million a year. Sky Sports also show footballing matches from Spain on occasions as they share some of the TV rights in the deal.

The 10 richest teams in the world

The National Hockey League has a $5.2 billion 12 year  deal with Canadian network Rogers Sportsnet that was agreed in 2013. They deal is said to be worth over $450 million a year to broadcast the hockey league. 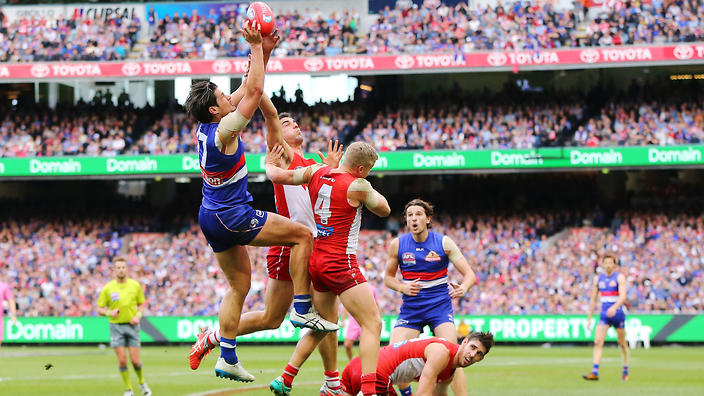 AFL(Australian Football League) signed record breaking 5-year TV deal. The biggest in Australian broadcasting history worth over $320 million per year. The AFL is forever growing as it not only seeks attention within Australia but also beginning to be more popular across the globe.

The IPL of Cricket has just renegotiated a new 10 year TV rights deal in India with Sony Network. The value of this deal is said to worth $160 million per year. This figure proved to be one the biggest TV rights deals in all of Indian sporting history.