Interview with the man who ran across America

If you don’t already know the story, Eric Keeler has recently finished a 4,000 + mile run across America which took 7 months!  We caught up with Eric for no holes barred interview on his adventure. 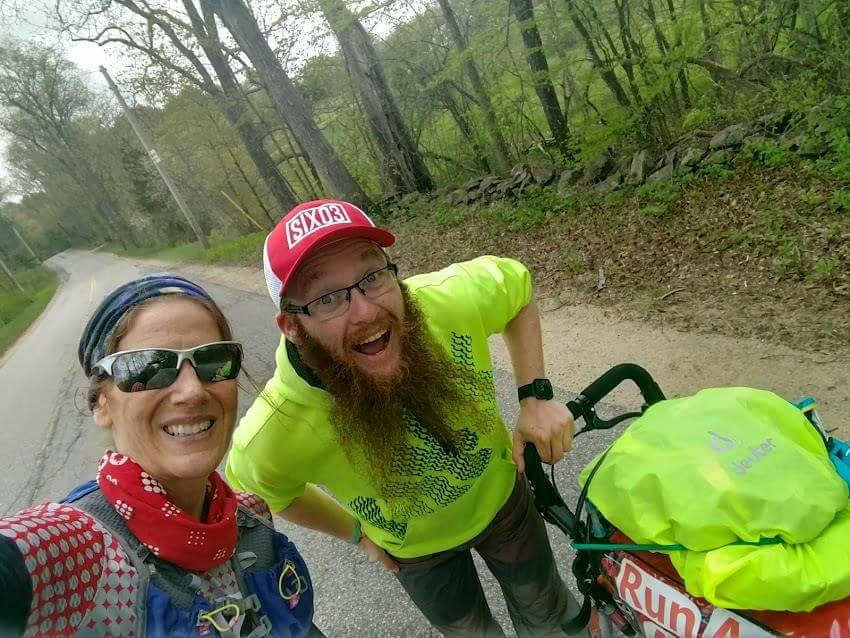 What gave you the crazy idea to run across America?

It was part boredom with my current life and part wanting to do something even bigger for the charity I love raising money for. I had spent the previous 6 years in the same job and and much as I loved it I felt as though I was far to content with just costing by doing nothing else. So, to change things up a little I decided to do the craziest thing which I could think of, run across a continent!

How come you chose to highlight and raise funds for spina research?

Originally I only chose the charity to gain a place into the London Marathon (back in 2013). When trying to find someone to run for this was the only connection to a charity that I had as many of my friends had been in sports accidents resulting in spinal damage requiring surgery. I had no vision to continue raising money after it was all over, but when you look into what the charity is doing, how they operate, and the amazing research programs the fund, you can’t help but to continue fundraising for them.

Was it easier or tougher than you expected?

It was always going to be tougher than I expected as I have never taken on anything like this. The whole journey was a learning curve, even right down to the last few days in California. As stupid as it sounds I thin the one thing which surprised me the most was the size of America. Obviously I knew that it is a massive country, but it really hits you when you spend 2 weeks crossing Iowa and seeing nothing but corn fields, or 8 days going through the Mojave Desert which hardly even shows up on the map.

What kind of training did you do beforehand?

Eeeerm, training? Anyone who knows me will say that I am the worst runner you’ll find as I never train. I always turn up to the start line on race day and say “Damn, I really should have trained for this race. I’ll definitely do some for the next one”, and then obviously never do. I just looked at day one being training for day two and so on. That seemed to work well for me.

Did you ever feel like throwing in the towel?

No as many times as I expected but yes there were defiantly a few points when I wanted to call i quits. Be it from the weather, events of the road, injury or loneliness. But I battled through those points and now I am 100% glad that I did.

How to plan an Adventure Run with Eric Keeler

How did you deal with the loneliness/isolation?

I am quite introverted and have always been quite happy with the thoughts in my own head and not socialising with people, so the loneliness side was never really a problem. The harder part for me was talking to strangers and socialising with people I had never met before. This obviously became easier the further through the challenge I got, but was definitely more of a challenge for me than being Isolated for so long.

Were you ever in and danger?

There was one point in Iowa where I was run off the road by a semi truck. The driver was on his phone and didn’t see me, drifted over into the shoulder and knocked me off the road, I was very lucky to not be killed at that point. There were other dangers such as wild animal encounters, tornados, dust storms, forest fires and crazy police officers, but the near death experience was definitely the scariest!

What was the best part of it?

It really is hard to pick one thing. It’s pretty hard to pick a best part from each of the days! Although one of the things which I think will stick in my head the most is meeting so many amazing and diversely different people.

How to fund an adventure run

How many pairs of trainers did you go through?!

Were the Americans good to you and what was your fav state?

99% of the people I met were amazing, be it offering me a bed for the night, bringing me food and water on the road or just honking their horn and cheering as they drove past. I have so many memories with some beautiful people and I definitely have some new life long friends because of it.

What will you do now you’ve finished ?

I had planned to relax for 3 weeks back with my parent over the Christmas holidays, but now that i’m back I am realising how much work there is still left to do to wrap up the run. I have more than 10,000 hots to go through and edit!

We have  had a few people on PledgeSports doing Ultra Runs and at the end there is a void to fill, how will you deal with this?

Well that void is only starting to set in now that I am back in the UK so only time will tell. At the moment I am just trying to keep myself as busy as possible and stay connected to everyone who has followed me along on this run.

A message for your supporters?

I can’t possible thank you all enough for your support and motivation over the last 8 months. You have all kept me going at points when I felt like giving up and treated me to a motel bed when I needed it the most. The challenge would not have been possible without you ❤️

And finally, what’s your next challenge?!

Who knows! Is trying to fit back in with “normal” life a challenge? Almost everyone asks me if i’ll be writing a book about the run, it’s a possibility. There are quite a few books out there on a similar subject so i’d have to find a way to make it different and unique. I’m quite interested in starting up a running lifestyle company, to bring people together to help with their running, training, motivation and offer some virtual events like the one we ran alongside this challenge.

But for now who knows. All I know is that my bank balance needs improving a little first!