The massive revival of Darts

Noticed you’re seeing a lot more darts on tv these days?  Well don’t be too shocked because darts has had a massive rival in recent years and we’re going to find out why. 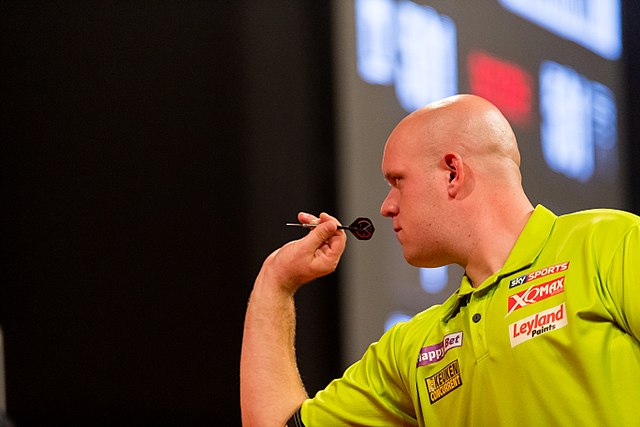 Darts was sport that started in pubs, then moved to halls where it started to draw spectators, then after a pretty short period of time attracted television cameras and big audiences, by 80’s it became a big spectator sport on TV in the 80’s.  The game was  dominated by big beer swilling men who looked the exact opposite of any other people in sport!  The very fact that darts was even classified as a sport was a big joke.  Players would drink and smoke heavily while playing and tv coverage loved to highlight this!

The 8 most unfit sports you can play

The game was dominated in the 80s by some big characters like Jockey Wilson, Keith Deller and Bob Anderson and the games biggest star “Crafty Cockney”, Eric Bristow who was world champion five times between 1980 and 1986.

TV coverage of darts reached its peak in 1983 but soon both the BBC and ITV  and sponsors lost interest in it and stopped televising events.  By 1989, there was only one televised event, the Embassy World Championship at the Lakeside.

Once this happened the game went into a slump, leading to a lot of infighting between organisations and players.

The fallout continued and in 92 the the top 16 players in the world, including big names such as Eric Bristow, Phil Taylor, John Lowe, Dennis Priestley and Keith Deller, banded together and founded the World Darts Council (WDC)

What followed was a period of bitter fighting better the BDO (British Darts Organisation) and the WDC that nearly buried that game.

WDC held their first World Championships in December 26 1993 , this attracted the attention of Sky Sports in 94 which really changed the dynamic of the game.  When the biggest name at the time, Phil Taylor switched allegiances, it would herald a new era for the WDC and darts.

The WDC would be renamed the PDC (Professional Darts Corporation)

The Revival of Darts

By the turn of the new century, the wars between the fighting between the IPD and BDO had simmered down.  The IPC was the new kid in town which was attracting big sponsors, all the big names in darts and thus began a new era in darts.

“Phil The Power Taylor” continued his dominance winning seven world Championships between 2000 and 2009.  As the standard of play grew so did competitions around Europe.  Television coverage became sophisticated and it became a not just a massive tv audience sport, but also attracted massive crowds to events like the World Championships in the Alexandra Palace, (Ally Pally).

Gone are the days of smoke filled halls, players now keep their drinking and smoking to behind the scenes and the growth trajectory of darts continues.  It’s growth outside the UK has been very impressive too, the 2018 PDC World Series  drew a massive 20,210 darts fans to the Veltins Arena in Gelsenkirchen for the one-day spectacular, breaking all previous attendance records for darts and cementing the continued growth of the sport outside the UK.

The sport continues to grow and the inclusion of women players competing against men will only help drive it further.  On the 17th December 2019, Fallon Sherrock made darts history, beating Ted Evetts 3-2 to become the first woman to beat a man at the PDC World Championship.  Sherrock is only the fifth woman to take part in the men’s PDC world championship.  She had this to say after her win “I feel really happy because I have proven something for women’s darts, that women can play the men and beat them”

One thought on “The massive revival of Darts”