The best female football players in the world right now

Football has some of the highest paid sports people in the world, and also the most followed athletes, but nearly all are men.  However the women’s side is catching up, since the first women’s FIFA World Cup in 1991 the sport, following and players have really blossomed.

This legend of football needs no introduction, Sinclair is the world’s all-time leader for international goals scored for men or women with 186 goals!  And is the most-capped active international footballer with 295 caps (Both figures accurate up to 9th March 2020).

The 10 greatest male football players of all time 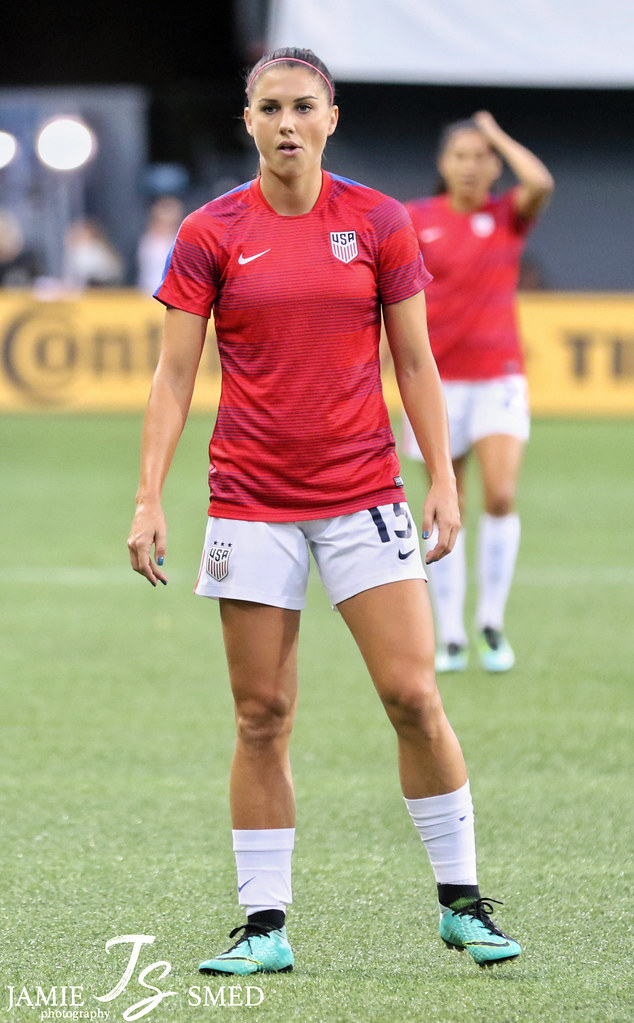 This 30 year old American football player currently plays for the Orlando Pride of the National Women’s Soccer League (NWSL).  She was recently named U.S. Soccer Female Athlete of the Year and was a FIFA World Player of the Year finalist. Morgan also helped the United States win their titles at the 2015 and 2019 Women’s World Cups, where she was named to the Dream Team for both tournaments, while she won the Silver Boot in 2019.

Morgan is also one of the highest paid and most popular female athletes in sport.

Kerr is the most prolific goal scorer in the women’s game.  The 26 year old Australian currently plays for Chelsea in the English FA Women’s Super League. She is the current captain of the Australia women’s national soccer team. Kerr is the all-time leading scorer in both the National Women’s Soccer League (NWSL) in the United States and the Australian W-League.

Kerr is the only Australian footballer, male or female, to be named to the shortlist for the Ballon d’Or, having been nominated in 2018 and 2019.  She was named International Player of the Year by the Football Media Association (FMA) in 2013 and 2014.

The most followed football clubs globally

Marta is a Swedish-Brazilian footballer who plays for the Orlando Pride in the National Women’s Soccer League and the Brazil national team.  She’s most famous women’s player of all time, and for good reason –  Six-time FIFA Women’s Player of the Year award winner and the Women’s World Cup all-time scoring leader, with 15 goals in five appearances.

At 33 years old Rapinoe currently platys for OL Reign FC and United States Women’s National Team.  Despite her age she’s still one of the best out there.  The midfielder/winger is a gold-medal Olympian and two time World Cup champion.

The most popular athletes in the world

This Norwegian sports star is one of the most prolific strikers and best female players in football.  Ada was previously awarded the 2016 UEFA Best Women’s Player in Europe and the Norwegian Sportsperson of the Year 2016,  was named the BBC Women’s Footballer of 2017.   Hegerberg also became the first ever winner of the Women’s Ballon d’Or in 2018.

The biggest sports leagues in the world by revenue