Basketball| Best League and Players Outside the NBA

The Best Basketball Leagues and Players Outside of America

The Tokyo Olympic Games were once again a reminder that basketball is a global game and the NBA does not own the monopoly on the court. Yes, it remains the best league in the world by some distance and is the league that players from all over the world want to play in, but that does not mean there are not quality leagues outside of America. In this article, we are going to look at some of the better leagues outside of the NBA and some of the best players that do not play in America. 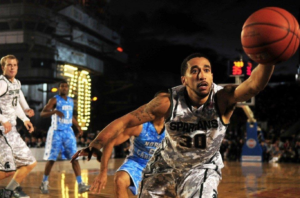 Top Leagues Outside of the NBA –

The first thing that we are going to look at are the top basketball leagues across the world that are not in the United States. So, without further ado, let’s get cracking.

Outside of America’s NBA, this league has gathered a reputation as being the benchmark for basketball. There are 16 teams in the league, and these are the 16 best teams from the different European domestic leagues. This is basically the basketball equivalent of football’s Champions League. Since all of the best players take part in this competition, it is extremely popular among basketball fans and those who like to bet on basketball. Due to the quality that is on show it gets plenty of sponsors and television revenue.

This Spanish basketball league is the best domestic basketball league in Europe. However, it is fair to say that this league has suffered a bit in the last decade or so due to Spain’s financial crisis. Despite this, Spanish clubs still qualify regularly for the aforementioned Euro League. This competition, much like the La Liga, has been dominated by Real Madrid and FC Barcelona, with the former being the defending champions. There have been a lot of players in this league who have gone on to be signed up by teams that compete in the NBA.

The Turkish Basketball Super League came into being in 1966, but basketball was first played in Turkey in 1904. A lot of money is being pumped into this league, and this may soon overtake the ACB in terms of quality. There are 16 teams that take part in this league, and Fernebache are the defending champions.

There are many basketball fans who believe that the BBL could soon become one of the best leagues in Europe, even though it is still a mid-tier European competition. The league is well-marketed and well-funded and the games get a large number of spectators at them although football is the country’s most popular sport by quite some distance. There are 18 teams that compete in this league, and Brose Bamberg are the current defending champions.

The ABA is a league that is made up of teams from Macedonia, Bosnia and Herzegovina, Montenegro, Croatia, Slovenia, and Serbia. This league came into being in 2001, around ten years after Yugoslavia was broken up. The are 14 teams from the aforementioned countries and the current champions are KK Crvena Zvezda, which is a team from Serbia.

This basketball league was formed back in 1979 and is made up of 7 teams from Australia and one team from New Zealand. There is plenty of quality in this league and many believe that it could eventually expand to China, where this sport is really popular. The defending champions of this league are the Perth Wildcats.

Baseball is like a religion in this small country of three million people. When Lithuania was occupied by the USSR, their basketball teams took part in the Soviet League. This LKL league came into being in 1993, which was not too long after they gained their independence from the Soviet Union. There are ten teams that compete in this league and the defending champions are Zalgiris. 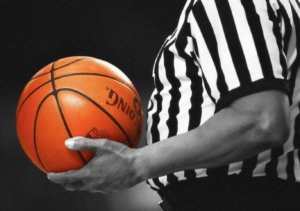 Best Players Outside the NBA –

Josh Giddey is an Australian basketball player who plays for Adelaide 36ers. He signed for them in 2020 and in this time he has shown everyone just how talented he is – he averages 10.8 points, 1.2 steals, 6.9 assists, and 6.9 rebounds per game. He is 2.06 metres tall and at just 18 years old he could grow a few more inches yet. His size and very good court vision is what makes him such an up and coming talent. This season he has a 40.8% success rate from the field, 30.8% success rate from behind the arc, and a 68.6% success rate from the foul line.

Vasilije Micic plays for Anadolu Efes and averages 15.2 points and 4.7 assists per match with a 48.3% shooting success rate from the field. He plays as point guard has a good range of passing, great vision, and a high basketball IQ. When he first started out his shooting was not that good, but he has improved quite considerably since then. There is a lot of speculation that he is going to make the jump across to the NBA, but his agent has said that this will not happen soon.

Alperen Sengun plays for Besiktas and is one that many teams in the NBA are keeping a close eye on. He has great hands and a really good feel for the space around him – he just seems to be in the right place at all the right times and when he gets the ball, he has the skill to beat even the best opponents. He is 2.08 metres tall and at just 18 years of age, there is a chance he will get even taller. This season he has averaged 19.3 points per match and can claim a 63.5% shooting success rate. When it comes to defending, he averages 1.6 blocks, 1.4 steals, and 9.1 rebounds per match.

Victor Wembanyama, who plays his basketball with Centre Federal Du Basket-Ball, is a 17 year old centre that has so much potential that he already has NBA teams circling around him. There is no doubt that he has the talent to become one of the best basketball players in the world. There are many who are comparing him to the likes Kristaps Porzingis and Rudy Gobert, which is definitely high praise indeed. We will not be too surprised at all if he is playing in the NBA in a few years’ time.