What It Is That Makes Cricket Such a Popular Sport

Cricket is yet another sport that was created by the British and they spread it across the world during the time of the British Empire. Colonialism is long gone, but it is fair to say that cricket has done more than survive. In fact, cricket has gone on to become the second most popular sport in the world, with only football being more popular. In this following article, we are going to take a close look at what it is that makes cricket such a popular sport. 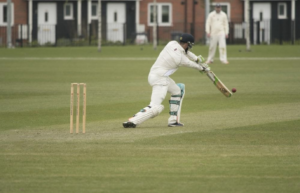 Just How Popular is Cricket?

Before we go ahead and take a look at the reasons as to why cricket has become such a popular sport, we thought it would be wise to first look at just how popular it is.

The International Cricket Council, known as the ICC, declare that there are 125 countries around the world that play cricket. There are some countries where cricket is more popular than it is elsewhere, and one of these countries is India. We are not exaggerating when we say that cricket is like a religion across India – they live and breathe this sport. Anyone who plays for the Indian national team becomes a national hero.

Why is Cricket So Popular

So, now that we have a better understanding as to just how popular cricket is around the globe, we are now going to take a look at some of the main factors that make is such a popular sport.

It Is Easy to Learn

In its base form, cricket is a relatively straightforward sport. All that is needed for people to play is a bat and a ball. Professional cricket is obviously played between 22 players, but away from the professional scene even just two people can have a game of cricket between them. Additionally, cricket fans do not need a lot of space to enjoy the sport. You only have to look at India to see this – if you ever visit this vast and wonderful country, you will see plenty of Indian children enjoying a game of cricket in the cramped streets, all laughing and smiling and having a great time. Many of India’s best players played street cricket as a child and were eventually noticed for their immense talent. 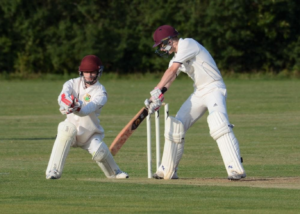 It is Highly Entertaining

People watch sport because they want to be entertained, and it is fair to say that cricket fits into the “entertaining” category. Cricket is a team sport, but during a game there are many individual battles that take place between a batsman and a bowler.

For instance, in the last Ashes series, there was a brilliant battle between Australia’s Steve Smith and England’s Jofra Archer. The latter was bowling at 90 mph and the former was hopping around the crease trying his best to just not get out – he got hit in the head twice, but still somehow managed to survive. It was a thrilling battle that those who watched it will look back fondly on for years. Cricket fans will be hoping for a repeat of this in The Ashes that are scheduled to take part in Australia at the end of 2021 – although there is a good chance it will end up being cancelled.

Also, who can forget the Freddie Flintoff to Ricky Ponting over in the 2005 Ashes? With the third ball of the over he nearly cut Ponting in half, the fourth ball took the outside edge, but the ball fell just short, the fifth led to a huge LBW shout but Ponting had got outside the line, the sixth ball was a no ball, and the extra delivery was a beauty that took the outside edge and flew through to the wicketkeeper. Ponting has since said that was the best over that he faced in his career.

It Caters to Different Tastes

Another reason why cricket has become such a popular is the fact that it is a sport that can cater to different tastes. The reason for this is that there are three different formats of the sport – Test, T20, and ODI.

Test cricket lasts for a period of five days and is great for those cricket fans that enjoy seeing players dig in and test not only their skills but also their mental abilities. A batsman in a Test cricket match might have to bat for eight to nine hours, so not only is their batsmanship tested, but also their ability to remain focused and not play a rash shot that will see them walking back to the pavilion. A bowler in a Test match might be required to bowl 20-30 overs a day, and this requires both physical and mental strength. It is physical because they have to run in, and bowl 120-180 balls and it is mental because they have to concentrate on landing the ball in the right places.

One day international matches, known in the cricketing world as ODIs, are games that only last for one day. There are many cricket fans who are not huge fans of Test cricket because they believe that it lasts too long – they do not have the patience to watch 5 days of cricket to see who will come out on top. This is where the ODI format comes into play as both teams are given 50 overs each to try and score as many runs as they can. This format of the game is often highly entertaining because the batsmen try to score as quickly as possible since the number of balls is limited.

The newest cricket format is T20, and this is where both teams are given just 20 overs to score as many runs as possible. This has become a very popular format of the game since a match lasts only about two hours and the batsmen try to hit every ball out of the park for six. In T20 cricket, it is fair to say that every ball is an event. T20 competitions such as the Indian Premier League (IPL) and Australia’s Big Bash League have become really popular among cricket fans.

So, whether you are the type of sports fan that enjoys a slow and tactical game where the participants are tested to the extreme or whether you are the kind of sports fan that likes a fast-paced match where the participants are just trying to hit every ball as far as they can, you will be able to find a cricket format that you like.

One other reason why cricket is such a popular sport is that it is an age-friendly one. When it comes to professional level of the game, it is not rare to see players that are nearing 40 still playing at the top of their game. For instance, England’s James Anderson is 39 years old and is still able to trouble some of the best players in the game. You will not find many professional footballers who still play at that age unless they happen to be the goalkeeper.

However, Anderson is relatively young when compared to the oldest cricketers to have played at a professional level. For instance, Wilfred Rhodes played when he was 52 years old, while Herbert Ironmonger, William Gilbert Grace, and George Gunn all played when they were 50.

When it comes to non-professional level, head down to any cricket club and you will more than likely see a few people in their sixties who are still enjoying the game and playing it at quite a decent level.  Cricket really is a sport that can be played by anyone, regardless of what age they happen to be, and we think that is awesome.