Sports Crowdfunding Campaign Of The Week: City Of London Mile 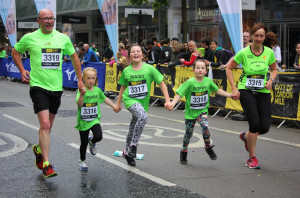 They have joined forces with PledgeSports to raise the costs of running such an event, thus maintaining the event’s free-entry status.

The City of London Mile race, organised by Run Fast Sports Management and The Running Works, will take place in June 2018 in the heart of the capital’s financial district. Starting outside St Paul’s Cathedral it takes in some of the most famous and historic landmarks the city has to offer and includes part of the 2017 London World Championships Marathon course. 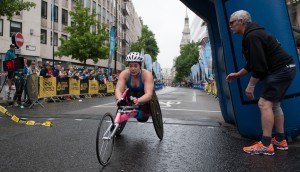 With six races for all ages and abilities the City of London Mile is a truly inclusive and exciting race for all to enjoy. As a personal challenge or an opportunity to raise money for charity it is a chance to spend a great day in the City with family and friends.

Once you’ve raced your own Mile you can take in the sights and watch the elites go head-to-head. The City of London Mile attracts some of the world’s best athletes competing in the Annual International Mile Race.

Race director David Plumer expanded on the thinking behind the crowdfunding campaign:

“It shouldn’t surprise anyone that staging a major event here in the City is not cheap. We’ve been toying with the crowdfunding idea for a couple of years, and we’re now putting it into action. As anyone who’s taken part in the City of London Mile will be aware, the event is unique in a number of different ways, and that now includes the way in which it’s financed,” said Plumer.

“A recurring theme of the three editions to date has been the number of people who tell us they enjoy it so much that they’d more than happily pay for their entry. While it’s hugely gratifying to hear the event being given that kind of praise, we have no intention of turning it into a paid-for event. We are fully committed to keeping the race free-to- enter, and therefore to it being inclusive for one and all,” he added.

All support, regardless of amount, is significant, and they’ve got some great giveaways at each of the 3 support levels, as seen on their campaign page here. Supporters at £5 and above will have their names on the event’s Mile Wall of Fame in The Running Works.

If you would like to be part of supporting this incredible event then please head on over to their crowdfunding campaign here.