Who are the Best NASCAR Drivers

The National Association for Stock Car Auto Racing or NASCAR, is an American business founded by Bill France Sr. in 1948. Since then, NASCAR became the main organizer and supporter of motorsport events involving stock race cars all over the world. Overall, it is one of the most popular organizations in the world of motorsports and it features one of the most watched sports on the planet.

While some may think competitive driving is not a sport, NASCAR offered us a lot of memorable moments over the years. This was possible only with the help of some of the greatest pilots of all times who understood that driving is a calling, not just a sport. These historic moments, filled with adrenaline and expectations put these pilots on top and transformed them into legends.

So, if you want to know about the NASCAR legends, take a look at the top 5 best drivers of all time. 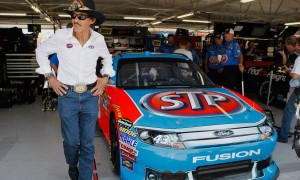 He raced in the Strictly Stock/Grand National Era and the NASCAR Winston Cup Series and won the championship seven times.

He also won 200 races and is known as the most accomplished driver in the history of NASCAR. Knowing this, I think you can see why people nicknamed him ‘The King’.

Richard Petty is an inspiration for future and current drivers and his easy disposition makes him a fantastic ambassador for the sport.

Still, his name is well-known by fans and drivers today and you can find it in several halls of fame, including the NASCAR Hall of Fame. 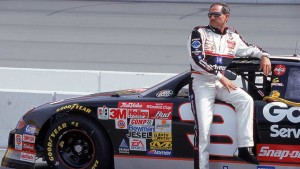 Ralph Dale Earnhardt Sr. was an aggressive driver (hence the nickname), but his style made him a seven-time champion of the Winston Cup (reaching the record set by Richard Petty) and he won 76 races in the same competition.

Even as an active driver, he was regarded as one of the most significant pilots in the history of NASCAR, position which gave him his other nickname, ‘The Count of Monte Carlo’.

He was feared by competitors on the track and he died doing what he loved, in the Dayton 500 course, in 2001, on the final lap. 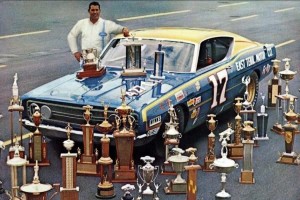 He was the main rival Richard Petty had on the track and managed to with the cup three times. He raced against Petty 63 times and they finished in first/second positions with the edge going to Pearson.

He also won 105 races and won the 1960 NASCAR Rookie of the Year award in his first season.

Greatest Formula 1 drivers of all time

Sports Illustrated named him the Top Stock Car Driver of the Twentieth Century and he is included in several Halls of Fame due to his stellar career. 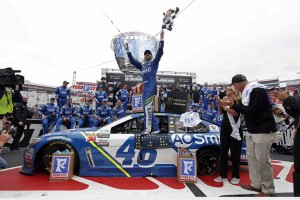 Jimmie Johnson started his career strong, winning every possible race as a rookie.

He will later be the first pilot to win five consecutive championships in the NASCAR history and will gather a total of seven wins in the Monster Energy NASCAR Cup Series.

He was also named ‘driver of the year’ five times in his career and he is currently driving the No. 48 Chevrolet SS for Hendrick Motorsports (for which he won 69 races).

The history of Le Mans 24 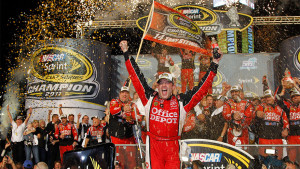 Currently, he is still racing but as a team owner and he is the only driver to have won the title under three different sponsorships.

In 2011, he was the first owner-driver, after Alan Kulwicki, to win the championship and he beat Jimmie Johnson, breaking his streak of consecutive championships.

The cool thing about Tony Stewart is that he is an RC passionate, owning Custom Works RC. While he is not the only NASCAR pilot to go into RC racing, he is the only one to own a company of profile.

This is my top 5 with the best NASCAR drivers of all times – these are remarkable people, who followed their passion and offered the fans some of the most fantastic moments in history. They should never be forgotten!