6 of the most inspirational soccer stadiums in Europe 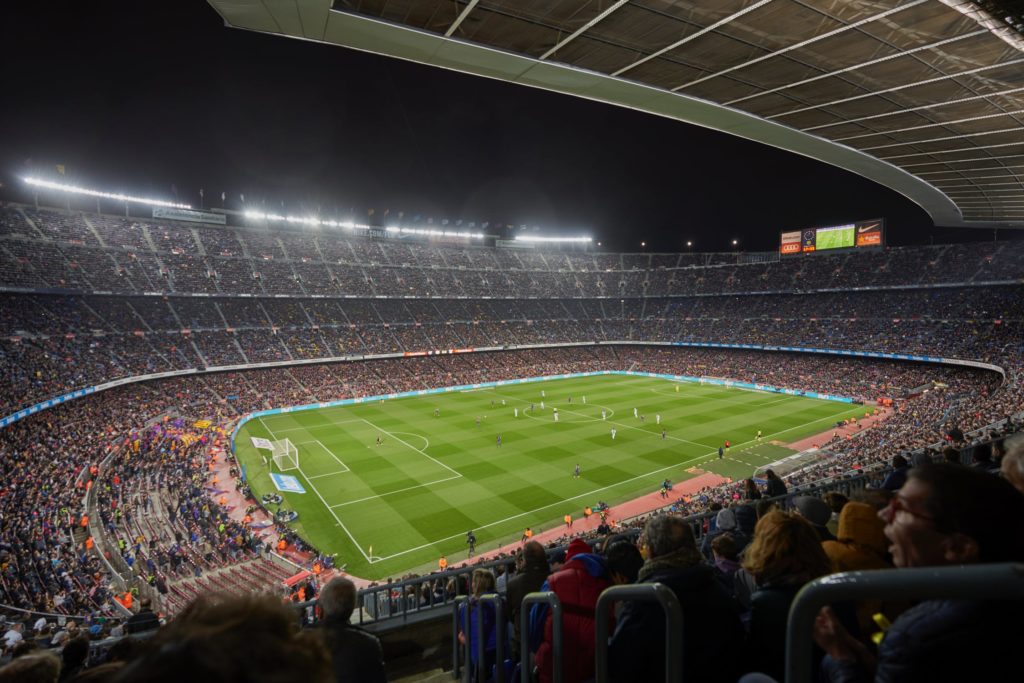 All aspiring soccer players dream of playing and scoring at the biggest and best stadiums on the planet. These stadiums are not only sporting venues – they are places of worship for millions of fans across the globe. They are venues where hopes and aspirations are made and shattered in equal measure.

Some soccer stadiums inspire people to become fans as well as professional players, simply because of the atmosphere and theater they can generate. Even if you’re not already a fan of “the beautiful game,” there is something very magical about experiencing a soccer match in any of the six following stadiums that are revered throughout Europe for their heritage and architectural wonder.

Barcelona’s Camp Nou stadium is like an amphitheater in terms of its design, with steep tiers looming large over the pitch. With the ability to house almost 100,000 spectators, it’s also one of the biggest grounds in the world, let alone the continent. The Camp Nou pitch has graced some of the world’s greatest ever players, with the likes of Lionel Messi, Johan Cruyff, Diego Maradona, Hristo Stoichkov, Ronaldo and Ronaldinho all donning the famous navy and burgundy for one of Europe’s best club sides. A redevelopment project has recently kicked off to expand the Camp Nou’s capacity to 105,000 while future-proofing the stadium’s design and structure. 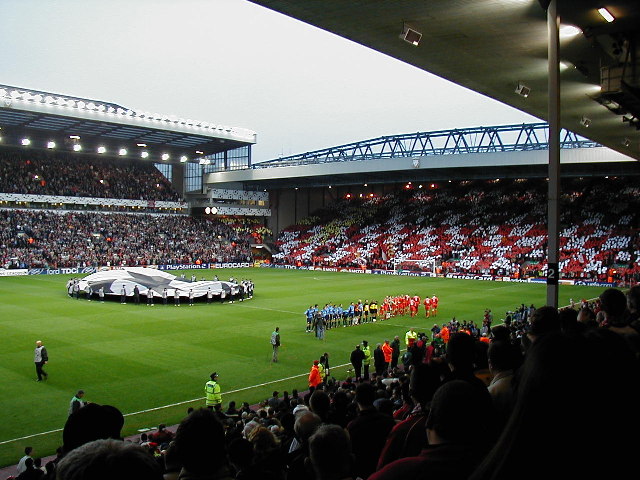 Many soccer fans across Europe would argue that Liverpool is one of the most atmospheric stadiums on the continent. The iconic Spion Kop has long been heralded as one of the loudest and most passionate clusters of supporters in football today. There is so much history at Anfield; it oozes out of everywhere you walk around the ground. From the statues of Bill Shankly and Bob Paisley to the Kop, it is particularly magical during European games when the Reds appear in the Champions League. The Kop becomes a sea of scarves as fans sing along to “You’ll Never Walk Alone,” which has become the club’s unmistakable anthem through the decades.

Few soccer stadiums have quite the same awe-inspiring appeal as Borussia Dortmund’s Signal Iduna Park, also known as the Westfalenstadion. Originally built for the 1974 World Cup, the stadium was expanded in 1997 following Dortmund’s Champions League final win over Juventus. The redevelopment saw the creation of the so-called “Yellow Wall” – the largest bank of terracing in European football, with a capacity of 24,454 supporters.

Dortmund are still regular favorites in the Bundesliga betting of most leading sportsbooks. They often compete for the Bundesliga title, alongside Germany’s number-one side, Bayern Munich. This makes for a hugely enchanting and immersive spectacle for home games in Dortmund.

The home of Spanish La Liga side, Valencia might be a surprise choice on this list to some people, but those who have ever been to the Mestalla Stadium will understand. This unique stadium features some of the steepest sections of seating in European soccer. This helps ensure the fans look and feel as close to the pitch as possible, which can create daunting atmospheres for visiting teams. It’s been mooted that Valencia will soon move into a new state-of-the-art stadium, so it’s well worth visiting the Mestalla before the team loses a large piece of its history.

Last, but by no means least, Manchester United’s Old Trafford stadium has become one of the most iconic sporting venues on the planet. It is the largest club soccer stadium in the UK and boasts the nickname “The Theatre of Dreams.” In the 1990s and 2000s, Old Trafford experienced numerous expansions to cope with ticketing demand during the hugely successful reign of the former boss, Sir Alex Ferguson.

There are plenty of statues that pay the club’s respects to former stars such as George Best, Dennis Law, Sir Bobby Charlton, and Sir Matt Busby. Meanwhile, a visit to the club’s museum is also worthwhile to understand the club’s heritage and standing in the world of soccer. Old Trafford has also played host to several more of the world’s biggest and best sporting occasions, including the Rugby League World Cup and Olympic Games, although the Rugby Union World Cup finals are yet to have featured here.