Champions League 2021/22 Odds and Most Likely Teams to Win 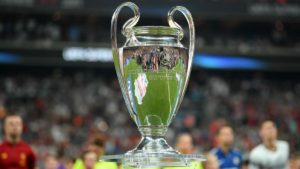 As we kick off a brand-new season of football, fans will be anticipating the return of Europe’s most-watched club level competition, the UEFA Champions League. With that said, sportsbooks have released the latest odds. Let’s take a close look at this year’s Champions League odds and the squads that are most expected to win.

There’s no denying that Paris Saint Germain acquired the most compelling player during the transfer window, as Lionel Messi headed to France to make PSG even stronger. It will be the first time that the former Barcelona man will test his skillset outside of the Spanish La Liga during his professional career. Lionel Messi signing with PSG put them into the most favourable odds position at BetAnySports and bookmakers worldwide.

Manchester City were leading the odds until PSG made the most significant signing this summer in Lionel Messi. Neymar, Kylian Mbappe, and Messi have encouraged the oddsmakers and bettors alike to back them as this season’s favourite to win the UCL title. However, the line is edging closer, the price difference isn’t huge – you can find PSG @ +333 and Pep Guardiola’s Manchester City squad @ +350.

The original opening odds for PSG were +900. Proving that their latest arrivals have altered the odds in a significant manner, and despite never winning the tournament before, PSG and Manchester City have been coming closer to a trophy lifting season each year.

Manchester City reached the 2020/21 UCL final, and in 2016 they were eliminated in the semi-finals. To add, they’ve played in four quarterfinals the previous four years. City’s most recognisable signing, Jack Grealish, joined the club from Aston Villa. A huge price tag of £100 million could be the critical squad addition that helps them achieve European glory.

Bayern Munich @ +650 is the next in line. The 2020 Champions League winners have added Julian Nagelsmann as their new manager and reinforced their back four with Dayot Upamecano. However, the loss of Jerome Boateng and David Alaba won’t be easily replicated, and an easing in season may be needed.

The English Premier League dominates the top-10 odds, with more teams expected to win the UCL title than any other nation. Chelsea +800], Manchester United +800, and Liverpool +900 could be worth a gamble as they trail slightly behind Bayern Munich in the odds.

The UCL defending champions Chelsea have purchased Romelu Lukaku, the standout striker of the Serie A 2020/21 winning team Inter Milan has moved back to the London club. This could certainly give Chelsea the goal-scoring edge next to a nearly unbreakable defense system, and winning the Champions League in consecutive years is undoubtedly a possibility with his presence.

United were priced at +1400 last week, but this weekend saw some of the biggest transfer news this summer (next to Lionel Messi) when Ronaldo announced his return to the English club. They’ve also signed Jadon Sancho and Raphael Varane, making the boys from Old Trafford a severe contender in the UCL competition in which they’ve failed to succeed since 2011. A new available price of +800 puts The Red Devils as joint fourth favourites alongside Chelsea, all thanks to Cristiano Ronaldo. 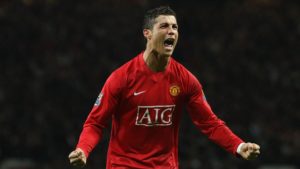 The history of Spanish clubs in the Champions League has been prominent, but their chances of success this season are looking unlikely. With Messi and Ronaldo exiting the country, the lack of fresh signings combined with last season’s efforts isn’t giving much hope for Spain’s most refined. With that said, Real Madrid @ +1600 is somewhat disrespectful, but this can be expected with a lack of summer signings being made. Although we should note, Gareth Bale has returned from his loan, and Alaba is a suitable replacement for Madrid’s exiting players Varane and Sergio Ramos. The Spanish giants reached the semi-finals last season, and we shouldn’t count them out with such valuable odds.

Barcelona odds @ +2000 are given a little chance to succeed this term, and without the on-pitch inspiration of Lionel Messi, can we be surprised? We could witness a downfall in confidence without the Argentinian star, and club morale is the reason why the odds-on Barcelona are at an all-time low.

The UCL qualifiers begin with six of the 32 positions in the group stage still up for grabs. The draw for the group stage will commence on August 26th, and the first set of fixtures are underway on September 14th.

In my opinion, the best underdog position should be given to Chelsea @ +800; it won’t be easy to defend the most prestigious trophy in football in back-to-back seasons. But Thomas Tuchel had half a season last year, and the Blues have looked almost untouchable. Chelsea has proven their dominance during the first group of matchdays in the Premier League domestic season. With the arrival of last season’s Serie A top goalscorer, don’t be shocked to see London’s most refined team lift the trophy again. 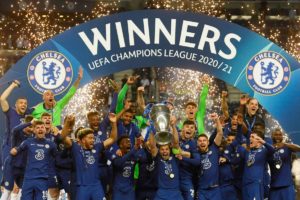 With that said, rightful favourites PSG and 2nd favourites Manchester City are in deserving positions. Nothing will drive a team more than not having etched their name in Champions League history, and we believe the best future tickets will be on one of these two squads.