The Top 6 Bowl Games To Watch Over The Holiday Season 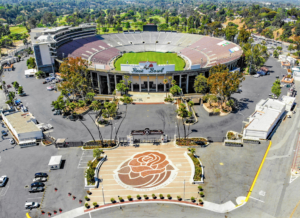 NCAA bowl games are back in full force following a pandemic-stricken 2020 that forced the bowl season to play a meager 25 games. The schedule is now back to 42 contests and two games will be making their inaugural graces.

The Fenway Bowl and LA Bowl are set to debut after being planned last year and, of course, the Frisco Football Classic is set to be part of the holiday schedule too.

That said, below are six of the bowls you simply cannot miss if you’re a fan of college football.

The Orange Bowl, featuring Georgia and Michigan, will air via ESPN on December 31. Georgia will be handed a chance to recover from the SEC title game loss to Alabama and the fixture also brings a Michigan side that has been doing well all year to the fore. In recent outings, Michigan trounced Ohio State and beat Iowa soundly in the Big Ten title match.

Michigan defensive end Aidan Hutchinson will be one to watch on the night. The Big Ten Defensive Player of the Year led the league with 13.5 sacks and will be a constant threat to Georgia quarterback Stetson Bennet.

The Bulldogs are still the obvious favorites for the SEC East. As far as NCAAF picks go, they’re 1/3 to do so while the Florida Gators are a much wider 10/3 and the Missouri Tigers 8/1. Fans will be heading into 2022 with plenty of bets available to choose from both on the college and pro scene, with things also heating up in the NFL as it nears its playoffs.

Meanwhile, the Wolverines are 12/1 for Big Ten East dominance, with the Buckeyes favored at 1/6 while the Penn State Nittany Lions are 11/2 and the Indiana Hoosiers are 9/1.

Alabama’s Will Anderson Jr. leads the country in sacks with 15.5, as well as tackles for loss at 32.5. The outside linebacker is quite possibly the best player in the country and there’s no argument when it comes to his position. He will likely prove a menace against Cincinnati in the Cotton Bowl, which also airs on ESPN on December 31.

The Crimson Tide tore Georgia apart in the SEC title game to snag the No.1 seed in the playoffs but they’re set to go up against the only remaining undefeated team in the Bearcats, who shouldn’t be under as much pressure as any team playing Alabama.

This one takes place on December 30 and could be viewed on ESPN. Michigan State will take on Pittsburgh in a match that will see Pitt’s head coach Pat Narduzzi go up against the team he worked for as a defensive coordinator. It will also be the Panthers’ biggest bowl game since they went to the Fiesta Bowl in 2004 following their Big East win.

Their quarterback, Kenny Pickett, stands out as a player to watch but Michigan State’s running back Kenneth Walker III will also command lots of attention. Picket is a Heisman finalist and the ACC’s Player of the Year while Walker is the Big Ten’s Running Back of the Year.

Baylor will play Mississippi on the first day of the new year in a matchup also available for viewing on ESPN. Both of these programs can be proud of what they have achieved during the season and, from an individual standpoint, Mississippi QB Matt Corral can boast an incredible campaign.

While he wasn’t as great during the second half of the season due to injuries, he put up impressive numbers, boasting a 20/4 touchdown-to-interception ratio along with 3,339 passing yards, 597 rushing yards, and 11 TDs. He might opt out of the bowl and has already bid farewell as he’s set to be a first-rounder in the NFL Draft, but Ole Miss will hope to have him back for the fixture. The Bears, the Big 12 Champions went 10-2 this season, marking their first 10-win regular season. That is after finishing 2-7 last season.

The Sugar Bowl promises to be quite the spectacle and will be even more so should Corral be involved.

The Fiesta Bowl, set for January 1 and airing on the aforementioned network, pits Notre Dame and Oklahoma State against each other. Both teams gave the impression of forcing their way into the playoffs but neither were able to. Oklahoma State lost the Big 12 title game and Notre Dame was made to rely on other teams that did not produce. While it might not be the most attractive bowl game, it should be a close-ran affair

throwback to the last time we were at the @rosebowlgame 🌹#GoBucks pic.twitter.com/6EBZbf6WaW

Ohio State and Utah clash in the Rose Bowl on January 1 and could be accessed via ESPN like all of the others. The Buckeyes lost at home to Oregon but the Utes routed the Ducks on two occasions so there’s no reason to believe this will be a one-sided affair.